Endorphins, dopamine and serotonin - you've got these guys to thank for that happy feeling after exercising.
Seana2 years ago3 min read

Many of you have probably already noticed this. It can be the feeling of pure satisfaction after a completed workout or the joyful anticipation of the next one – or just the growing confidence in your own capabilities. Runners know it as "runners' high", but all athletes experience a rush of positive hormones after exercise. Responsible for this are biochemical processes and the release of so-called happiness hormones. The most popular ones are endorphins, dopamine and serotonin.

Just twenty minutes of light running is enough to increase the dopamine level significantly. In high-intensity sports such as Freeletics however, your brain starts to release dopamine after just a few minutes. This release makes you more alert, more focused and it improves your concentration. And to top it all off, it makes training more fun!

As you seek to attain this state of joy again as soon as possible, you sometimes can hardly wait for your next training session. The more you train, the more dopamine will be released. Dopamine is the main reason why you feel good while exercising--it's a big reason why are you able to finish your workout even if your body and your mind both want to give up. It pushes you to peak performance and lets you break PBs.

After training, the level of dopamine decreases while the level of serotonin increases. Serotonin is a hormonal antagonist to dopamine and has various functions; amongst other things, it's involved in the regulation of the sleep-wake cycle and body temperature, it controls appetite and it lowers pain sensitivity. It's primarily known as a feel-good hormone because its release leads to a feeling of inner satisfaction. Therefore, an intense session of Freeletics can simply translate into happiness!

Happier in the long term!

The effect of these smile-generating hormones is not only restricted to the time during and immediately after training. In the course of actual physical effort, the brain releases dopamine and serotonin only within certain regions. But if you exercise regularly, the hormone concentration grows continuously in many areas of the brain. Side effects therefore include a sustainable improvement of concentration and an increase of happiness and satisfaction - not too bad!

Short and intense exercise sessions such as Freeletics also help to reduce the level of the stress hormone cortisol, even in the long run. Thus, your resilience concerning stress increases, whether the stress is physical or mental. Nevertheless, you should be careful. Too much exercising can also have an opposite effect and turn up your cortisol level. Your body perceives overtraining as a form of negative stress. Therefore, you should listen to your body!

Every time you feel a sense of achievement after a workout, your self-confidence increases step-by-step and this, in turn, pushes you to achieve even more. In the long run, you'll not only get fitter and more athletic, but also more optimistic, confident, satisfied, powerful – and happier! 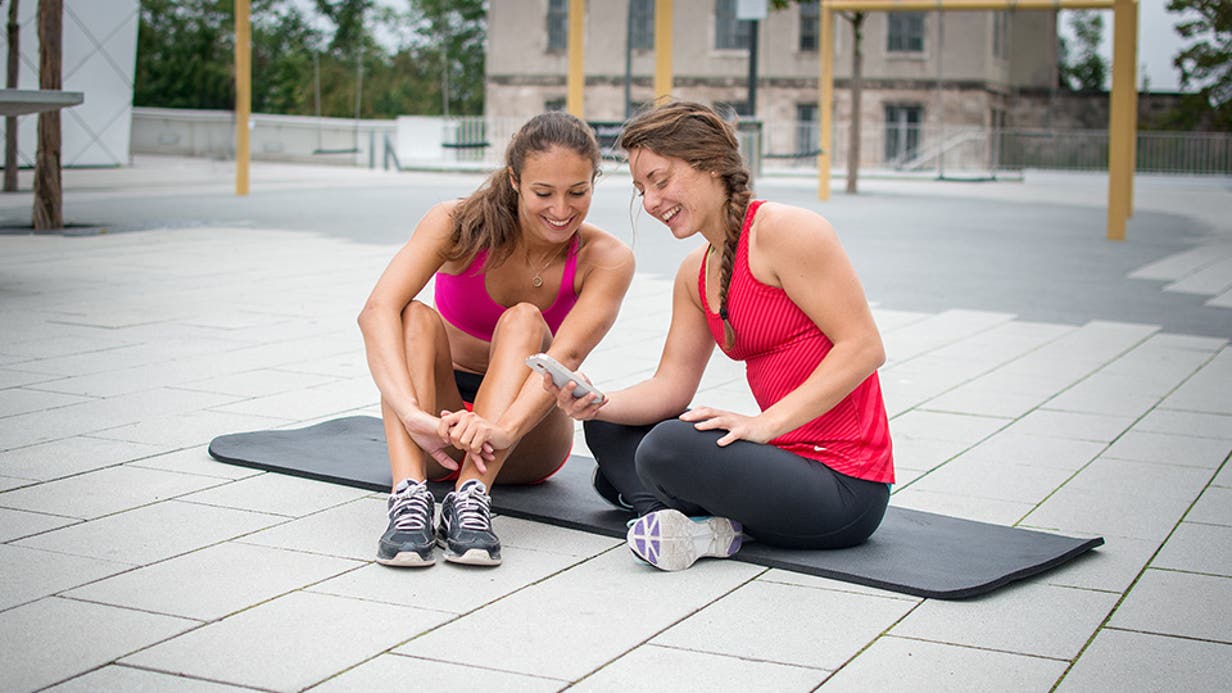 When a perfect synergy of dopamine, endorphins, blood pressure and breathing is reached, you might get into the so-called “flow”. This is a feeling of everlasting power – you feel nothing but joy. Among runners, this state is also known as the “runner’s high” – a reference to the ecstatic effect! Have you experienced this phenomenon already? If so, let us know! Write to community@freeletics.com and tell us your experiences!