Burpees are among the most strenuous Freeletics exercises. Muscle building or fat burning - with Burpees, everything is possible!
Seana3 years ago2 min read

What is a Burpee?

The Burpee is one of the most challenging Freeletics exercises and a full body workout! Whether the objective is muscle building, fat reduction, or simply an improvement in general physical fitness, Burpees will always further your fitness! Simply put, you begin a Burpee in a standing position, then drop into a squat, with your hands on the ground, then kick your feet back while keeping your arms extended (push-up position, with your breast briefly touching the ground), then immediately return to a slight squat and end with a jump back to your starting position, with your hands touching behind the head.

What muscles are being used during Burpees?

Burpees exercise the whole body at once. Large main muscle groups, such as chest, back and thigh muscles as engaged, as well as smaller ancillary muscles in the torso, shoulder, and arms, are challenged in most intensive ways. Almost all areas of the body are strained directly and simultaneously. This is what makes Burpees so exhausting – but also very effective! 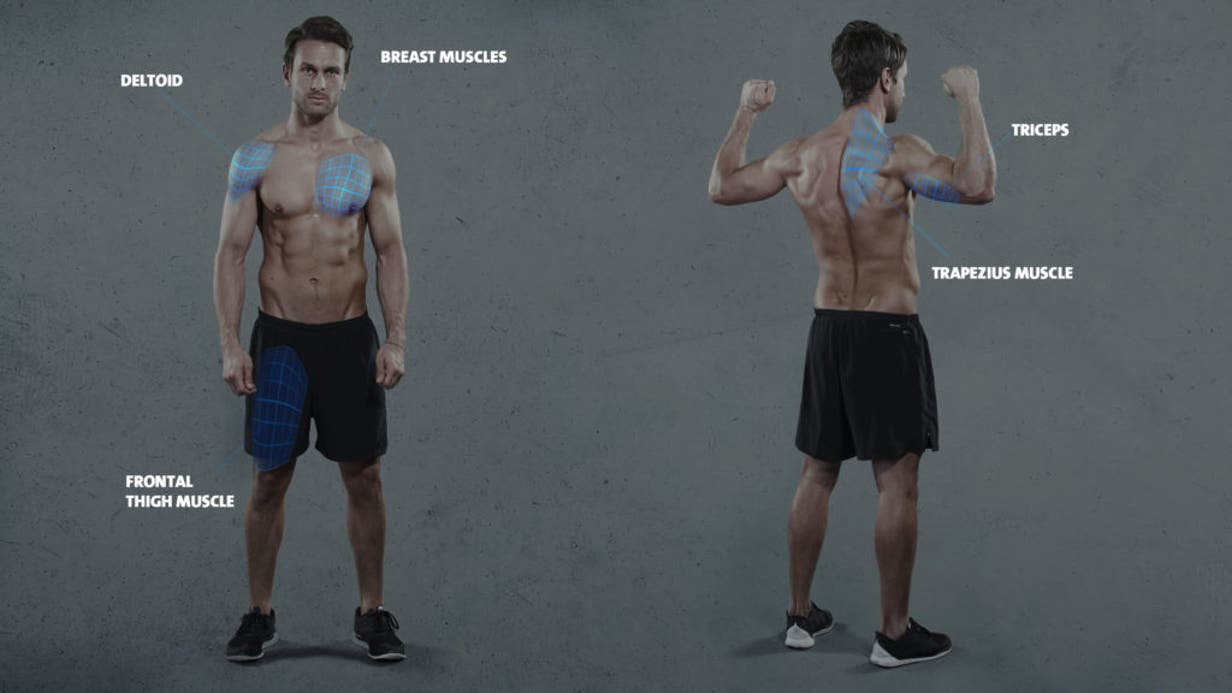 Why are Burpees also highly effective against fat accumulation?

Burpees exercise not only muscles, but they are also a real silver bullet in the fight against body fat! During the exercise, the body must provide a great deal of energy to a large part of the total musculature – which means that it burns plenty of calories! With high-intensity exercises such as the Burpee, the effect will be felt long after you have finished your workout! This is due to the so-called afterburn effect. It results in greatly increased calorie burning, even hours after the workout, thus also sustainably increasing fat loss.

As well as visibly changing your shape, Burpees also drastically improve overall performance. Many athletes notice large improvements in performance after a few weeks of Freeletics – indeed, Burpees are largely responsible for this! Hardly any other exercise is as well suited to simultaneously increase strength and endurance and to improve reaction,coordination skills and muscle resilience in such a very short time. Due to the complex sequence of movements and the intense stress put on large muscle groups during the Burpee exercise, other exercises, such as squats and push-ups, will be easier to do too. In addition, the cardiovascular system and the functioning of the lungs will benefit greatly! During an intensive series of Burpees, your muscles may be well into their anaerobic range, unlike in other Freeletics exercises. Respiration and blood circulation are in overdrive, working hard to compensate for the lack of oxygen in the muscles so will also be exercised with each Burpee! This will benefit you not only during your next workout, but also in everyday life: climbing the stairs or sprinting to the subway – everything will get easier!

Time for your first Burpee!

You still haven’t tried any Burpees? Then it is high time! You will feel the training effect after just a few repetitions! Carefully review the instructions, however, and follow them exactly. Only then will you benefit from all the advantages of Burpees!