Amino acids: A clarification of the life’s building blocks

Amino acids are the so-called essential building blocks of life. Discovering the benefits essential amino acids can change your life. Read more to find out why.
Seana7 years ago3 min read

Amino acids play a vital role in the human metabolism. They are not only the natural building blocks of proteins and peptides, they are also the precursors of different biological substances, like hormones and neurotransmitters. If you’re reading this thinking it all sounds a bit complicating, don’t worry. We’re about to provide you with a whole new understanding of how amino acids are structured and a deeper explanation of their function within the body.

For the science geeks, amino acids are built from one carbon atom, to which an amino group (NH2), a carboxyl group (COOH), a hydrogen atom (H) and one amino-acid specific group (R) is bound: 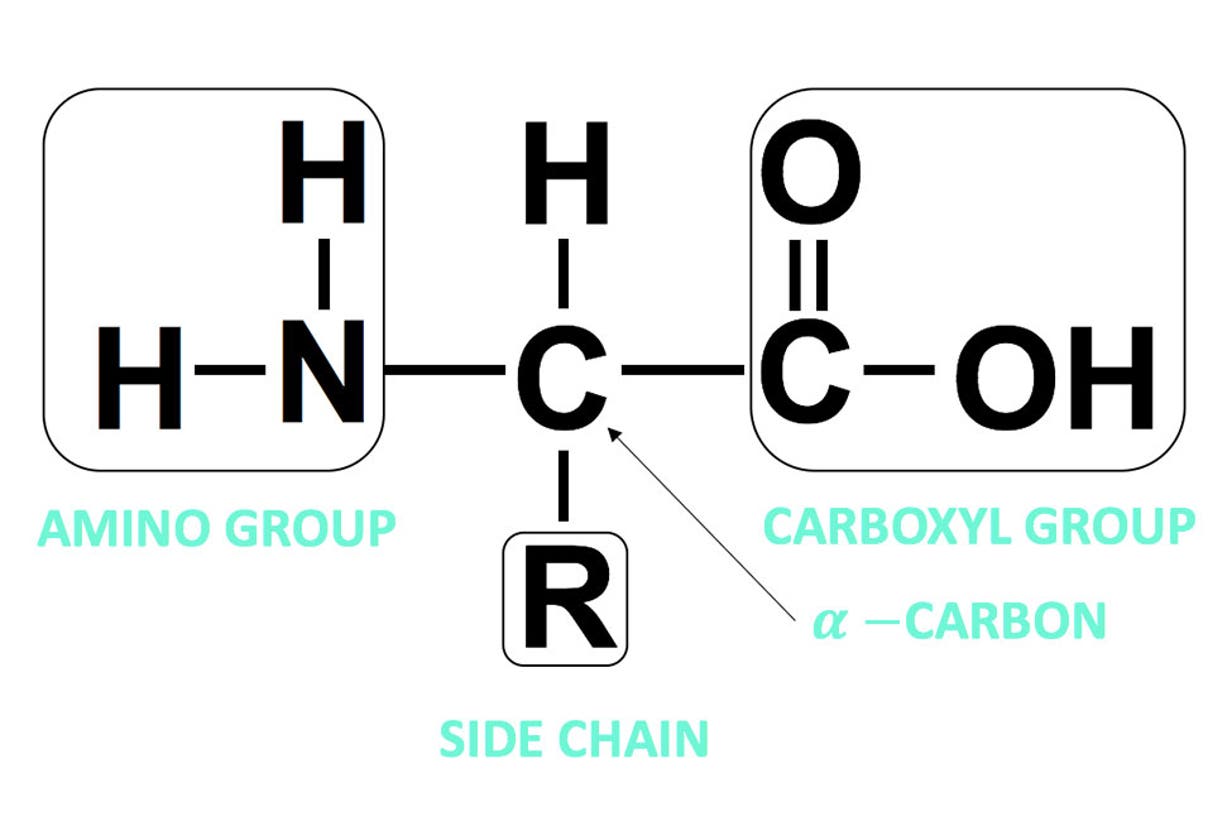 There are only 20 “protein-building” amino acids, of which overall 8 are essential (Namely – geeks watch out: valine, leucine, isoleucin, phenylalanin, methionin, lysin, threonin and tryptophane). This means that they cannot be synthesized by the human organism and therefore have to be ingested through nutrition. Three of these essential amino acids have earned some fame in the last years: leucine, isoleucine and valine, which are also known as the “BCAAs”. BCAA is the abbreviation for “Branched Chain Amino Acids”, which is referring to their specific chemical structure. BCAAs are known for directly triggering muscle protein synthesis, as well as for keeping blood sugar levels constant. (Triggering doesn’t mean building! In order to build or repair muscles, you’ll need all of the 8 essential amino acids).

What functions do amino acids have?

Amino acids do not only function as building blocks of proteins, they are also the precursors of different biologic substances, like hormones, neurotransmitters or even the pigments of your skin. Furthermore they play an important role in glucose homeostasis, which means that they can keep your blood sugar levels constant.

Amino acids and their influence on protein quality

The term “protein quality” of a food is referring to its specific amino acid profile. Foods with a high protein quality have an amino acid profile which is closely resembling the human amino acid pattern and which can thus be easily transferred into endogenous protein. It is therefore important to combine different protein sources skilfully in order to increase the quality of a single food. Plant based and animal protein are complementing each other, but also the mixture of different plant sources can increase the protein quality strongly. Especially in sports the following rule applies: quality before quantity!