Proteins: A look behind the scenes

How proteins and aminoacids are structured, which functions they fulfill in the body and why protein shakes are not necessarily essential.
Seana8 years ago5 min read

Protein is an essential part of the daily nutrition of many Free Athletes – whether for fat-burning, muscle-building or performance-enhancing purposes. As Free Athletes you actually have a high protein requirement, as your body is placed under abnormally elevated levels of stress because of your training. But there is more to a Free Athlete’s nutrition than simply selecting food on the basis of figures and ingredients. It is about gaining a solid understanding of our daily intake and developing a discriminatory and carefully considered relation to food. For this reason we would like to provide you with a brief insight into the structure and function of proteins.

Which tasks do proteins fulfill?

Protein is one of the macronutrients as it provides energy like fats and carbohydrates and is ingested by the diet. Its function in providing energy is only of secondary importance. This task is carried out for the most part – but not exclusively – by carbohydrates and fatty acids.

Protein is best known as the building block of muscle tissue, but it also repairs, protects and enhances all types of tissue. Other functions involve transporting substances, acting as a catalyst for bodily reactions, regulating processes, sending signals and combating pathogens.

How are proteins structured?

Simply put, proteins are formed from a series of amino acids – organic compounds that, like fats and carbohydrates, are carbon-based. There are countless amino acids that occur in nature and in our body, however, our body can only build proteins or peptides from 20 of them. From here on, when we refer to amino acids, it is generally only these proteinogenic amino acids that we are referring to. 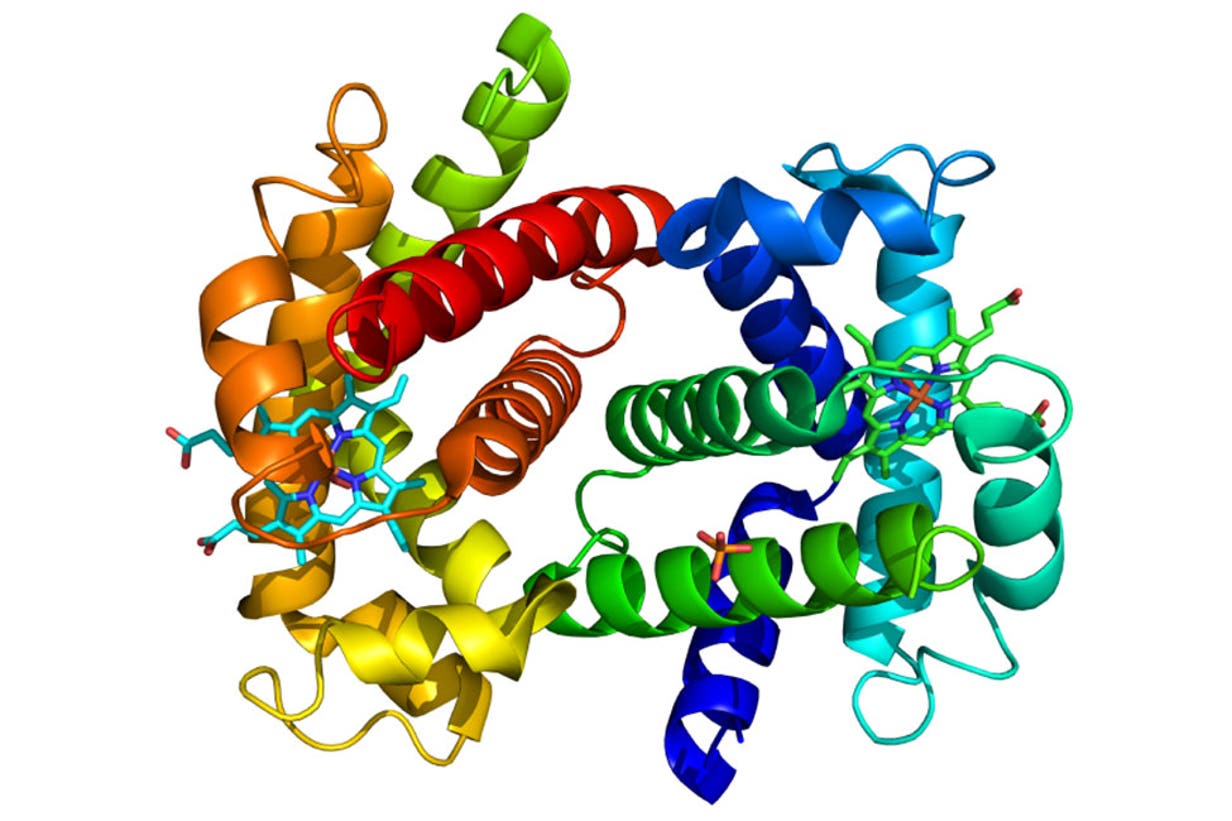 Chains of fewer than 50 amino acids are called peptides – mini-proteins, so to speak. The precise distinction between peptides and ‘full’ proteins is not entirely clear, although some begin to speak of proteins when referring to chains of over 100 amino acids. Whereas there are also compounds consisting of more than 100 amino acids that are referred to as peptides. Peptides also perform a highly diverse range of tasks within the body. For the most part, peptides are components of hormones or enzymes, or join together to form proteins.

How is protein used to form muscle tissue?

Dietary protein is broken down with the help of enzymes into amino acids, which are then absorbed via the intestinal wall. These are then combined to form the proteins that the body requires. Imagine you were given a house built of many colored building blocks. The house itself is not exactly what you had in mind, but the bricks are a perfect match with what you already have. So you dismantle it, sort through the blocks and use them to build new houses and to extend or repair other existing houses. Some bricks are also used to build tools and means of transport.

While our body produces the majority of amino acids by modifying other substances, there are nine amino acids that it cannot produce by itself. These are referred to as ‘essential’ or ‘semi-essential’ amino acids and must be ingested via the diet.

What else should I know about protein?

In order to perform their function, chains of amino acids must first take on a specific structure. The arrangement of the amino acids into a particular sequence is just the first step. Imagine a long, multi-colored ribbon with horizontal stripes, which falls to the ground, thus forming a tangled ball. A similar thing happens in the case of amino acids if they are to form a functional protein – except that here the formation does not happen by chance; they arrange themselves in a three-dimensional formation, like a ball of ribbon that floats in the air. However, at this point some proteins are still not yet functional and must combine with other balls of ribbon or sections of ribbon, again in a pre-defined arrangement, in order to be able to perform their respective tasks. This process is called protein folding. 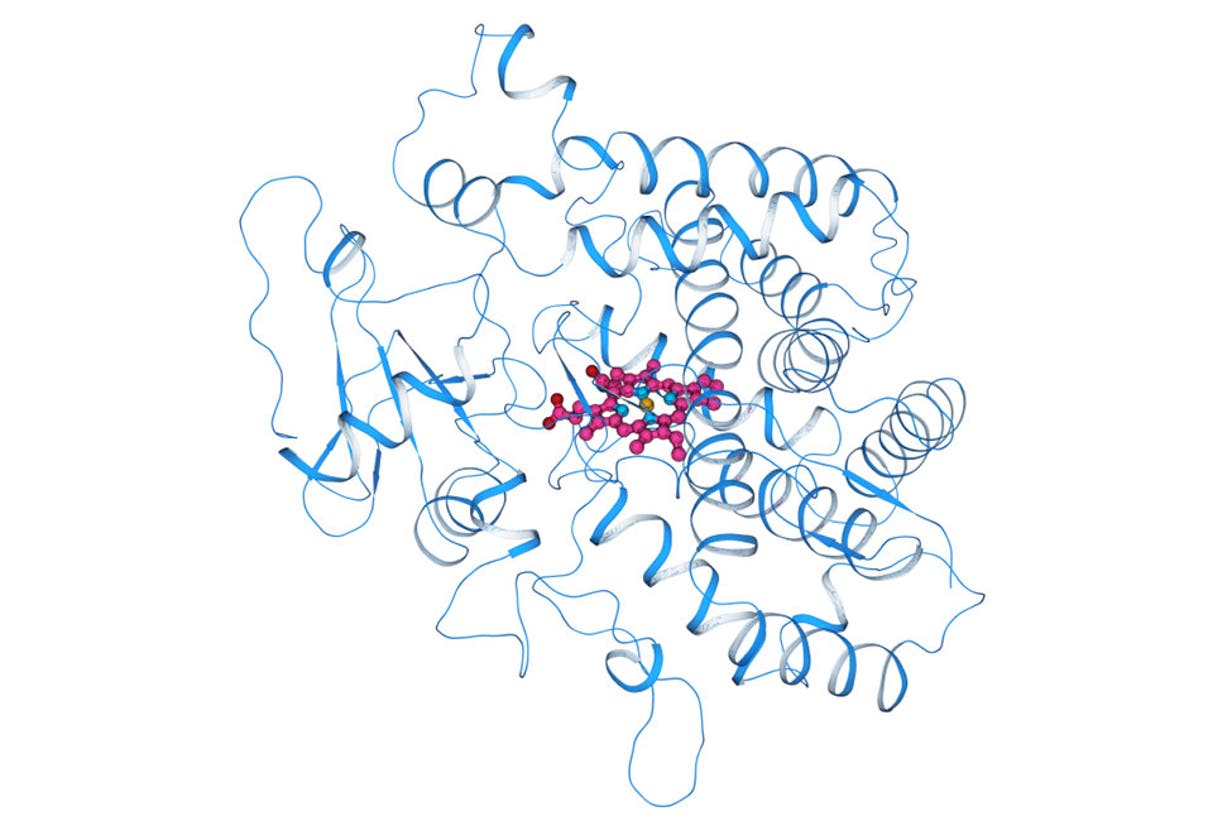 If a protein loses its structure, it can no longer fulfill its task. This process is referred to as denaturation. The amino acids are of course still present and can be used, but the protein is unable to perform its function. Normally, denaturation cannot be reversed, especially in the case of larger proteins. It is similar to the ribbon: it will never fall in quite the same way again, but the arrangement and color of the stripes remains intact.

One option to denaturate proteins is by exposure to heat. Our body uses this method for example in the event of an illness, manifested in the form of a fever to render the proteins in pathogens – which are generally not very heat resistant – harmless, while proteins with a slightly higher heat tolerance are used in our antibodies. Another example of the denaturation of protein is the cooking of an egg or the clotting of cheese. Once set or clotted, the original form cannot be restored.

What is the benefit of protein shakes?

There should always be a balance of the different amino acids in the body. If there is a shortage of amino acids, the vast majority of protein combinations will no longer be possible, meaning that even the available amino acids cannot be used effectively. In order to create balance, you should therefore incorporate variation when selecting and preparing foods. Many people focus on protein-rich foods such as meat, fish and dairy products – especially when it comes to building muscle. However, nuts, seeds, pulses and various types of vegetable also contain high levels of valuable protein, as well as valuable micronutrients, without which protein cannot be perform optimally. Therefore, in principle, protein shakes (or protein powder) are not necessary given the range of foodstuffs currently available. Within the context of a balanced and varied diet, it can, however, be worthwhile making use of protein powder for when you are rushed for time, to offer a practical solution to ingesting the macronutrient. However, it does not represent a replacement for a balanced diet, nor does it compensate for a one-sided nutrition.

Incidentally: The chemically correct name for the longest protein in the world is, on account of its long sequence of amino acids, also the longest word in the world and consists of just fewer than 190,000 letters. Due to space limitations we won’t write it out; to read it aloud would take 3.5 hours! However – and this is far more commonly used – you can also describe this protein using just five letters: titin, which is extremely important for the movement of the muscles. It gets to work within our muscle fibers, where it regulates the interplay of actin and myosin, relaxes the muscle after contraction and gives it its tone and stability.