Always dreamed of toned legs, a flat stomach and a defined upper body? Lena's story proves you can achieve whatever you dream of. Read more to discover how Lena transformed not just her body but also her life with Freeletics Gym.
Seana7 years ago5 min read

What is your wildest dream? Is it controlling your destiny? Living your passion? Maybe it's losing 10kg or having defined abs? Regardless of how far away it seems: if you’re willing to do whatever it takes to achieve it, you will get there. Lena did. She put her faith in herself and her capabilities. This is how she achieved her wildest dream. Read her story and be inspired to achieve yours.

Hi, my name is Lena. I’m in my mid twenties and live in Berlin right now. A few months ago you wouldn’t catch me doing sports for anyone. My sister was always the sporty child whereas I would pretend to be asleep when she tried to convince me to train with her on a Saturday morning.

Me and sports have always had an on/off relationship. Back in the day I used to be quite active. I played volleyball, did a lot of swimming and had my own running routine. But things changed when I started University. My attention turned more towards a party lifestyle. I picked up bad eating habits and made no time for exercise. Of course I had a great time every now and then, but my body started to react in a really bad way. I started feeling uncomfortable in my own skin – specifically with the fat around my hips. 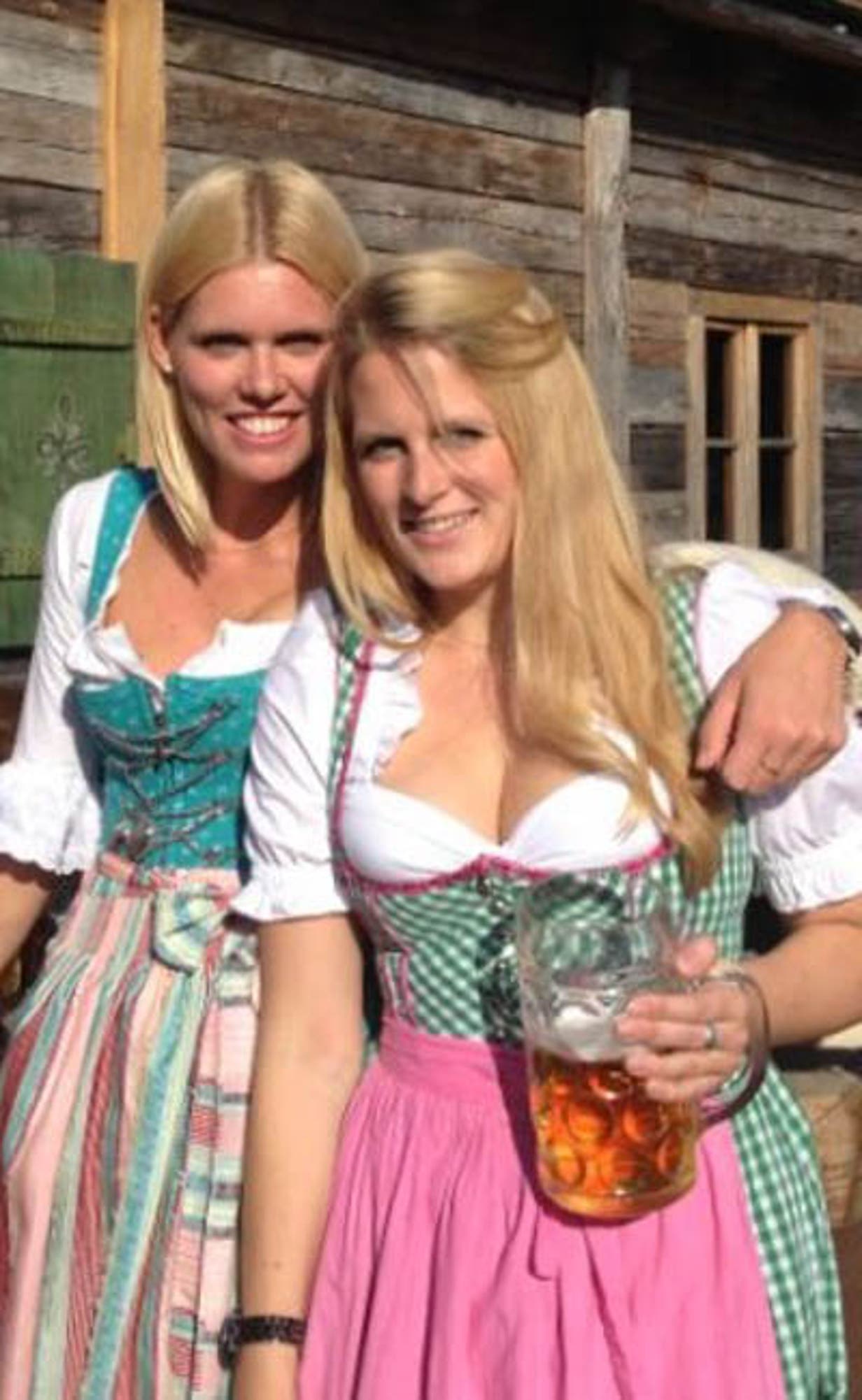 Excuses all over again

In the beginning of 2015, I moved to Berlin for an internship. I promised myself that with this new chapter of my life, I would get myself back on track. Obviously easier said than done. I had less free time, was more stressed and had almost no time to cook and only ate fast food. My ambition to do sports went out the window. Summer came and I was caught in the middle of work.I said to myself that I had no time to wear my bikini anyway and Berlin in the summer is also way too hot to do sports. I wore loose clothing to cover up my problem-zones and thought ignoring it would make it go away. Just like that I found excuse after excuse. 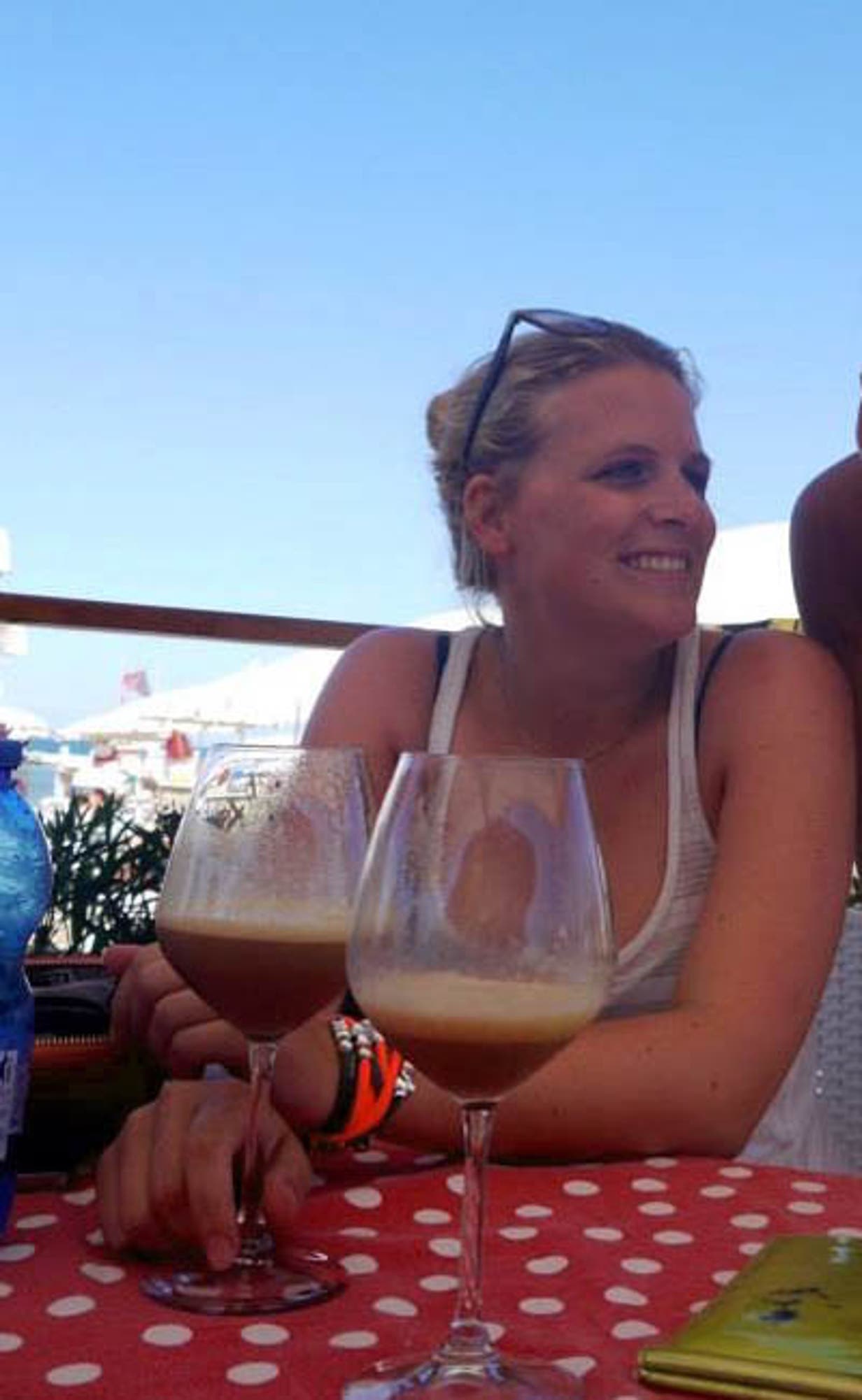 However, then something crazy happened. I received a newsletter. Freeletics was looking for people to test a new product for four months in Berlin. An app for gym-training which hadn’t yet been released. Since Freeletics has always interested me I couldn’t help but take this chance. Even though the reactions among friends and family were sometimes negative, such as “Freeletics is way too hard”, overall I received encouraging comments that made me feel confident enough to accept the challenge.

The beginning was super tough. I had to get up earlier than ever to make time for the gym and had to cook all my own food again. It took me a while, not only to get used to this early routine, but also to deal with my insecurities. I didn’t feel comfortable in the gym, especially the free weights area. I didn’t like the heavy weights, the atmosphere or the looks of all those stereotypical bodybuilders, this male muscle cage. I felt judged all the time! 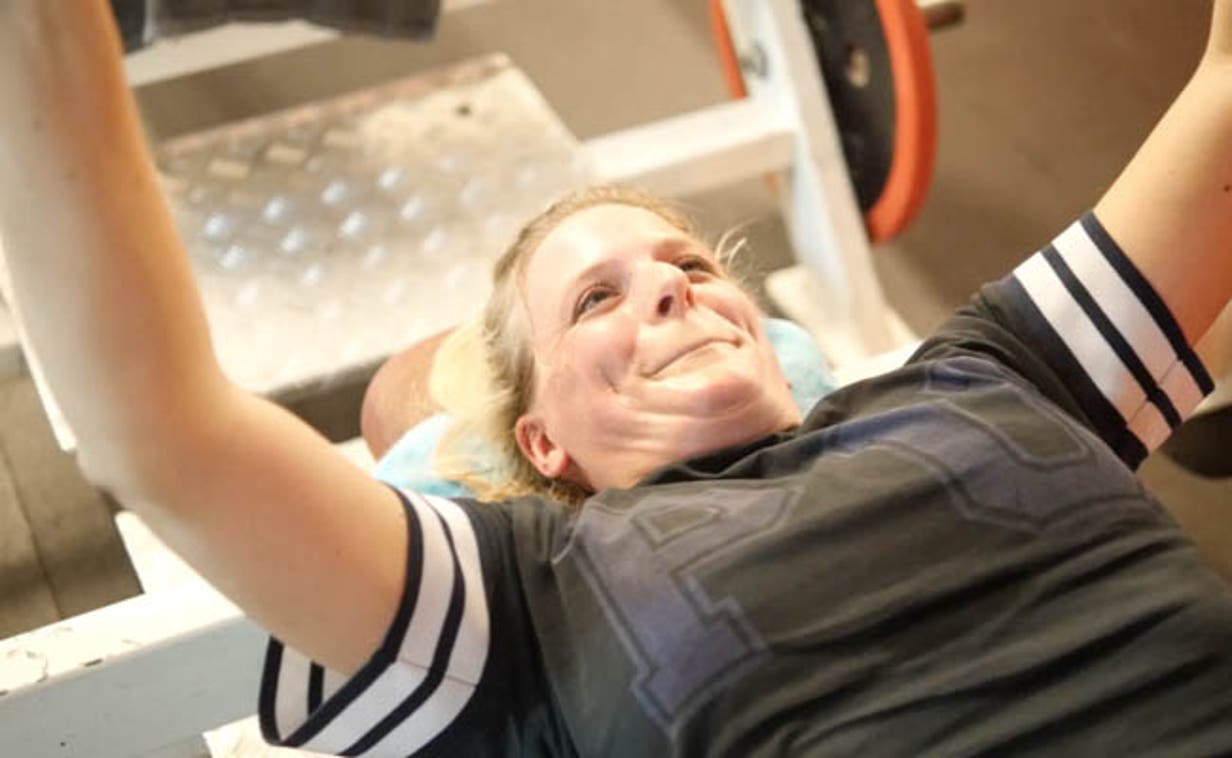 However, my aspiration was to have “no excuses” any more. What helped me a lot in living up to this motto was the weekly training plan given to me by the Freeletics Gym Coach. It told me exactly what exercises to do, how to do them and when to do what. It helped me with rest times and finding the right weights. I started to ignore everything around me and just focused on my personal progress. I also got myself a training partner.. Being there together made things a lot easier. I slowly began to enjoy the training session and got used to the routine after a while.

Of course, sometimes I was still late for workouts or didn’t want to go at all. But skipping a day was not really an option anymore. I noticed that I started looking forward to the feeling I had after a workout. Of course it was tough and I felt sore. Very sore. But it was more a feeling of hard work than that of pain. Starting every day with me working on myself made me feel more balanced and relaxed for the next 24 hours. I became filled with confidence and can honestly say I never felt so motivated in my life! 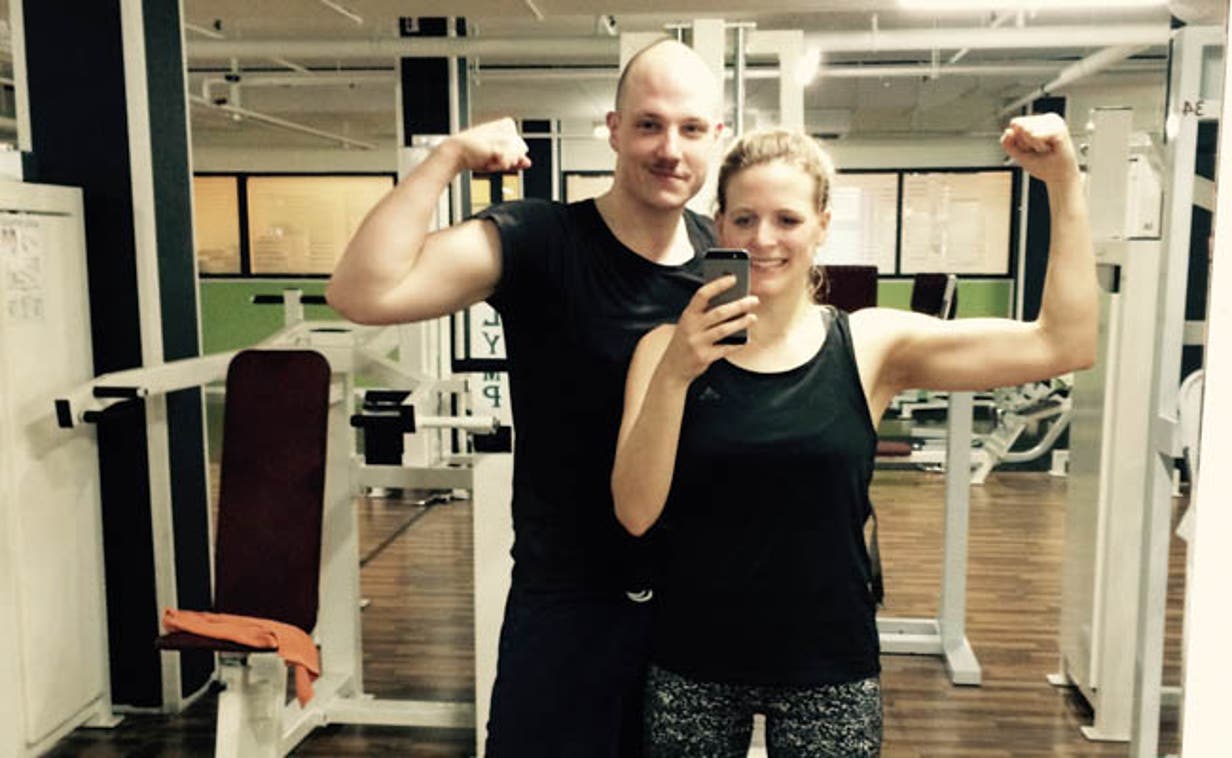 I was confident that I would see changes in my physical appearance soon too. But I painfully learned that this doesn’t happen overnight. Especially when it came to my problem zone – the muffins on my hips. Yet, I noticed other changes. First I became stronger – I could increase my weights almost everyday. Both my legs and my arms got more toned and defined. I loved how they began to look! However my main goal remained: losing that unwanted extra fat on my hips.

It was maybe week six when I saw myself in the mirror and compared my reflection now to a picture I took at the beginning. It had finally happened: the fat had started to melt! This was my motivation to push myself even more. From this moment onwards I gave it everything I had, at every training session, every workout and every repetition.

After 16 weeks, tons of weights, many early mornings, and countless hours spent in the gym – I saw myself as a completely different person. Not only did my hips and my whole body seem leaner, I felt amazing.I began to wear tights and sporty shirts without feeling ashamed. And the changes were not only physical. This was the first time in years that I had accepted such a hard challenge and not only stuck to it but actually pushed myself to give it my all! 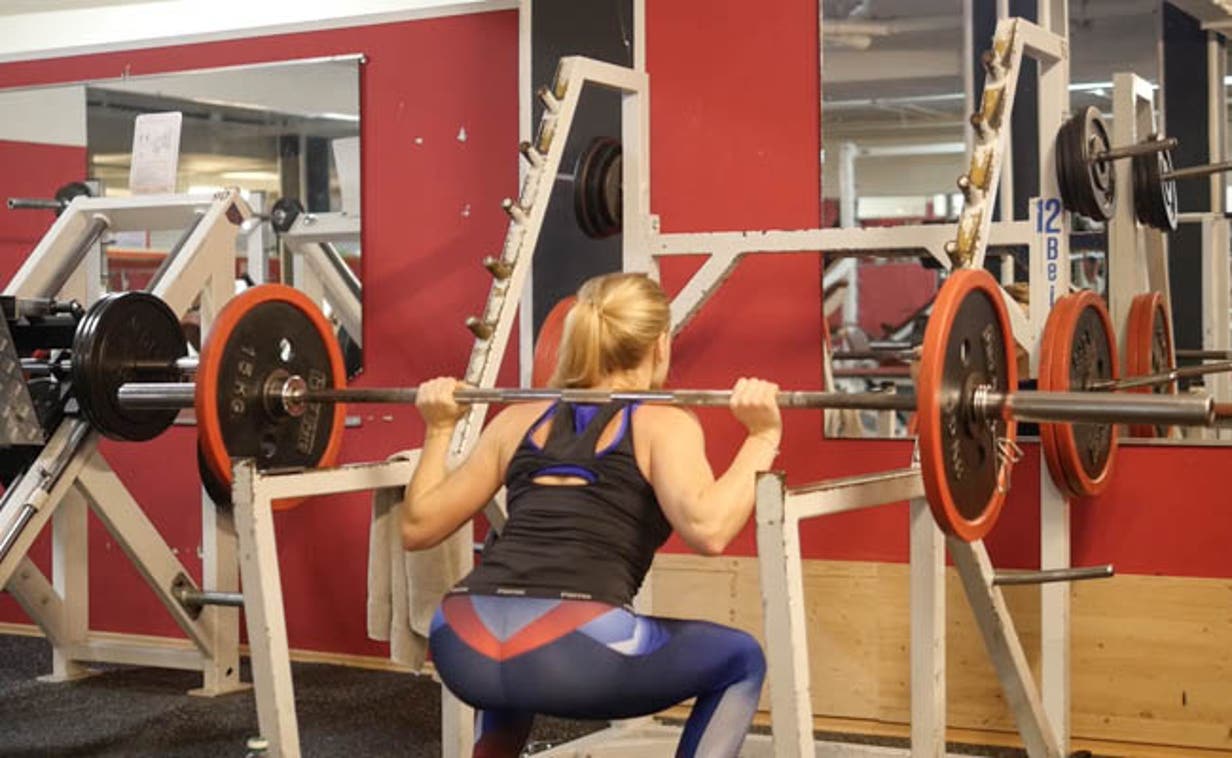 I invested four months of my life. Time I could spent sleeping longer. Time I could have wasted on the couch. But I chose to go to the gym and work on myself and my goals. And I made the right choice. And I didn’t stop there. I still train regularly with my gym partner and I have also added running training to my routine. I push myself twice as much in every workout and every run. Now I’m even training for a half marathon.

I wouldn’t have been able to achieve the results have without the right nutrition of course.In the beginning it was hard but then I noticed that with my fitness level, my appetite surprisingly changed as well. Eating healthy became a regular part of it. I realised that the body seemed to crave vitamins in order to recover and perform better in the next workout. l also love cooking and baking – stuff I never really paid much attention to before. My friends and family even ask me for advice on what exercises to do and what to eat and I enjoy being an inspiration to them.

Today, half a year later I’m so happy I did this. I feel great, I eat well, ok I occasionally cheat, but that’s all part of the deal in my opinion. 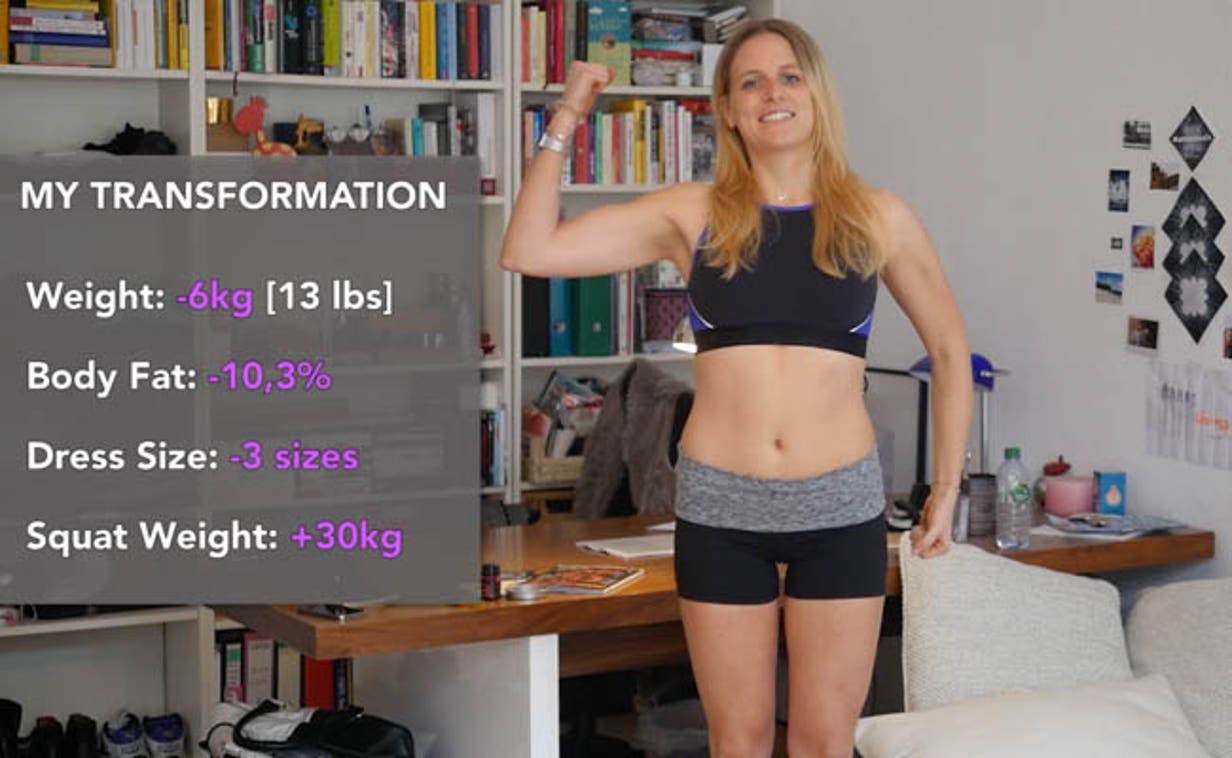 I would like to take this chance to motivate as many people as I can to go out there and just try it. Get up, give it your all and experience yourself changing too. Get out there and find out for yourself that the hard work pays off. You’ll discover that you will have fun whilst doing it. It’s an uphill journey but it’s turned me into the person I am today. And I wouldn’t want to be anyone else.