The A-Z of Gluten

From sources to intolerances, our Freeletics nutritionist has got you covered.
Leanne3 years ago3 min read

Gluten is a complex topic, and not just in terms of its chemical makeup. Going gluten-free has become a popular nutritional choice in recent years and gluten intolerances are on a persistent upward curve, but what does it actually mean to go gluten-free? Nutrition expert Leanne Edermaniger gives us the 101 on everybody’s favorite food component to cut.

Simply put, gluten is a complex mix of hundreds of storage proteins found in cereals such as wheat, barley and rye. Derived from the Latin word for “glue”, gluten acts as both a binding and extending agent and is often found in processed foods.

Which foods are gluten found in?

Gluten is found in many foods. The most obvious sources include bread, pasta, flour, biscuits and cereals. However, gluten can also be found in foods you might not expect including processed meats, many sauces, sweets and multiple vegetarian protein alternatives.

In bread, gluten forms when molecules of glutenin and gliadin - major proteins found in wheat flour - form a matrix in which they become chemically linked, forming the elastic substance, gluten.

What does it mean to be gluten intolerant?

Gluten intolerance occurs when you have difficulty digesting food containing gluten, prompting an unpleasant physical reaction. For people with an intolerance to gluten, symptoms which can occur after eating foods with gluten include stomach pain, bloating, diarrhoea and skin rashes.

An important point to note is the difference between an intolerance and an allergy. An allergy involves the immune system and can cause symptoms which are serious and may even be life-threatening. An intolerance to gluten is merely a sensitivity; the reaction is unpleasant, but it isn’t dangerous.

When someone has coeliac disease, their immune system mistakes the components of gluten as a potential threat to the body and so attacks these substances. As a result of this immune attack, the usually healthy tissue on the surface of the small intestine becomes damaged and so the body is no longer able to digest and absorb the nutrients from food effectively.

Are there gluten-free alternatives to common foods?

One way to avoid the symptoms associated with gluten intolerance, allergy or coeliac disease is to stop eating gluten. Following a gluten-free diet has been made easier because there are many common foods which now have gluten-free alternatives - think bread, pasta, rice and cakes.

Although you can buy many gluten-free alternatives to common foods, there are also plenty of naturally gluten-free foods available too. Fruit, vegetables, nuts and seeds are all gluten-free, as are many dairy products (milk, cheese, eggs and natural yoghurt).

If you know that you have an intolerance, it pays to be vigilant. Gluten can be hidden in some foods or be present in foods that have accidentally come into contact with gluten-containing products.

Going gluten-free isn’t necessarily a healthy alternative to a standard diet, but for people with even the slightest intolerance to gluten, it can make all the difference. 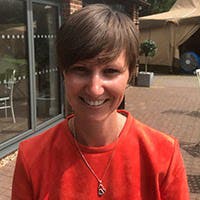 Leanne is a nutrition and lifestyle writer based in the UK. She strongly believes that staying active and being mindful about what we put into our bodies can reduce the dangers of a sedentary life. Because of this, she's passionate about communicating tips and ideas for healthy living, and she strives to bring this to her writing in a fun and informative way, minus the jargon.