Finally want to build muscle? Read more about how Julian conquered his doubts, built more than 7 kg of muscle mass with the Freeletics Gym Coach in just four months, and changed his life forever.
Seana7 years ago5 min read

This is Julian’s story. Read more to discover how Julian conquered his doubts, built more than 7kg of muscle mass with the Freeletics Gym Coach in just four months, and changed his life forever.

Nothing is impossible. This is definitely the most important thing have I learned over the last 18 weeks! All my life, I was convinced that a muscular body was a privilege. Reserved for only a few people. Something I myself would never achieve, because physically, I just couldn’t get there– no matter how much effort I put in. I now know that I was wrong. I have realised that I can achieve anything I want, as long as I am willing and ready to work for it. 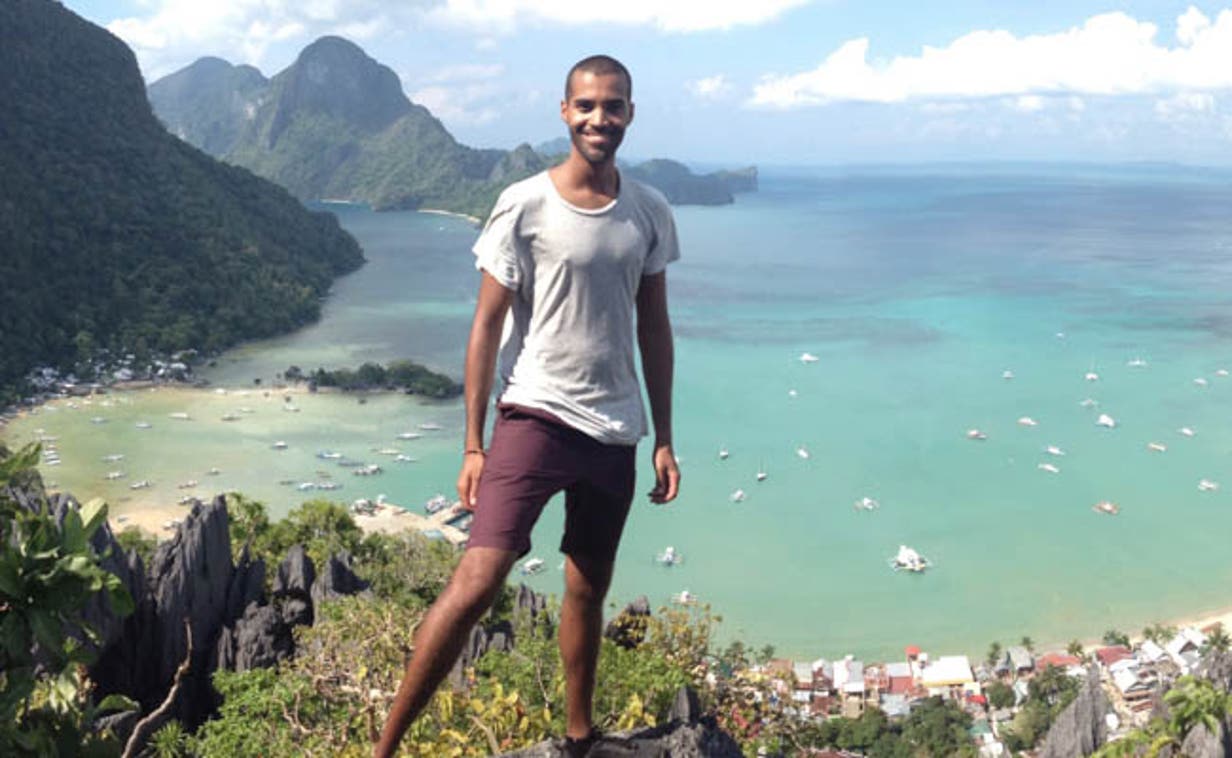 I remember looking at others and thinking: “Wow! It’s amazing what he has achieved!” paired with thoughts such as: “I’ll never be able to do that,” “I’ll never make it that far,” or “I’ll never look like him”. These are thoughts I know all too well. Self-doubt is probably the most natural human trait, yet in my opinion, also one of the most dangerous because it attacks us exactly where we are most vulnerable: in the belief we have in ourselves.

The whole time I was focusing my energy in the wrong direction by convincing myself that I was not able to achieve a certain goal. Take my word for it: this kind of mindset won’t get anyone anywhere. I learned that it definitely won’t help us achieve our goals or desires! Our willpower and the belief in ourselves, these are two of the most powerful instruments we have as human beings. To use them properly is the key to everything – this is what I have learned in the last few weeks with Freeletics Gym.

When my twin brother Marian and I first decided to dedicate the next four months to train with Freeletics Gym – the new app from Freeletics- we had no idea what to expect. The only thing I new was that finally getting back into doing sports and perhaps even getting a little stronger at the same time, didn’t sound like bad a idea. 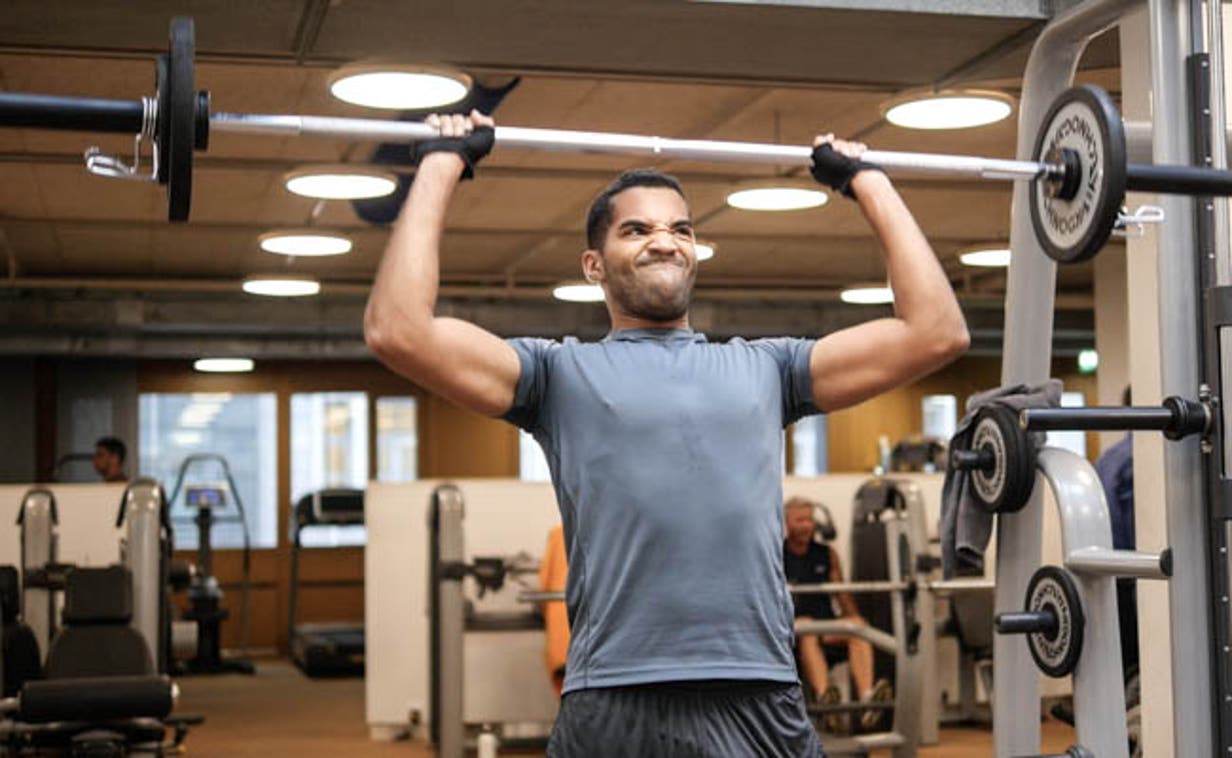 The first few weeks were extremely hard, and as usual, I had my doubts. I had already been registered at the gym for several years, yet each time I started, it ended unsuccessful. The Freeletics Gym training program, however, was totally new to me. Only barbell training without any equipment. First, I had to get used to functional, complex movements such as squats and deadlifts. In the beginning, the focus was therefore on learning the exercises, executing them properly, and finding the right weights. Four times a week, I went to the gym, even though after work all I wanted to do was crash on the sofa. Every day, I came up with so many good reasons for why I couldn’t work out. I can’t even count the times I asked myself “Why on earth are you doing this?” I already had it in my head from previous experiences that my body wasn’t going to change anyway. So was there even any point? 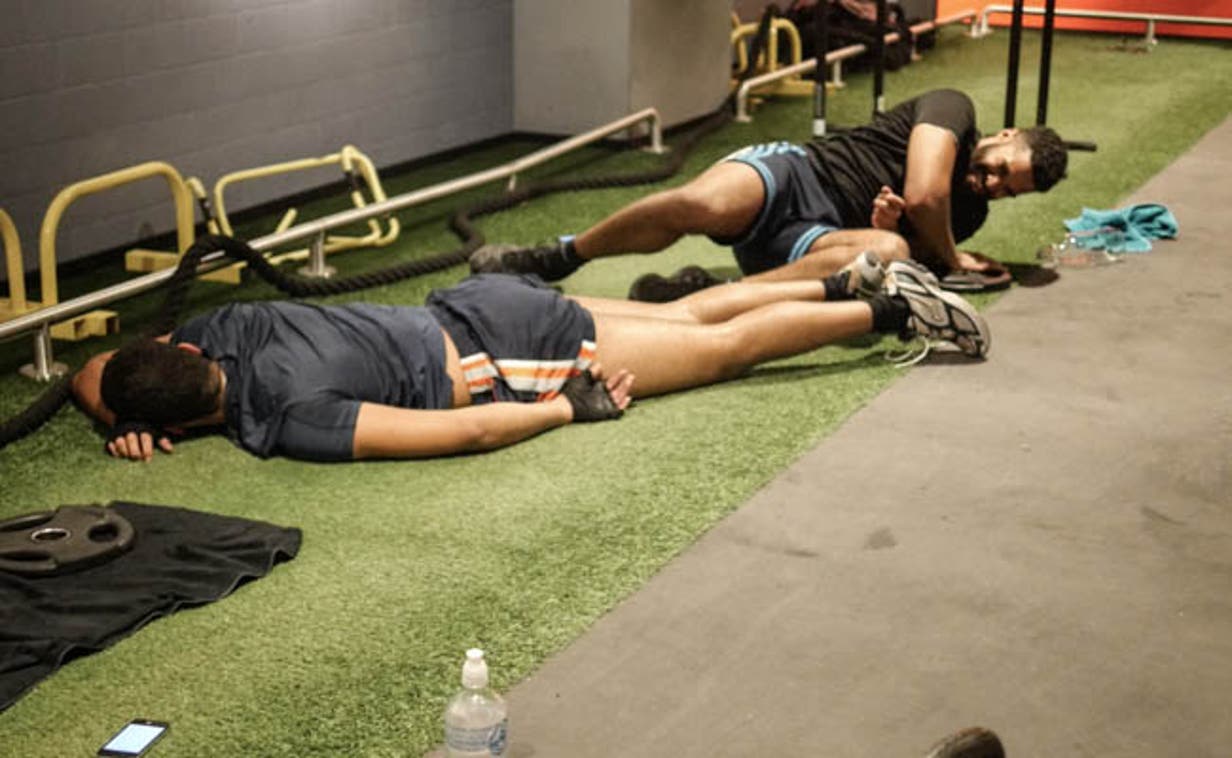 Yet I took on the challenge and kept going regardless. Especially because my brother Marian was doing it with me. I couldn’t let him down. The two of us wanted to pull through together. After the first few weeks, I got stronger, I liked the exercises better, and I was clearly getting to grips with my new routine. But did my body change? Not one bit. So, the doubts only increased. As I had expected, and as I already knew from my previous gym experiences, this is exactly what happens. At some point, Marian got sick, and we could no longer train together. If this had happened before, I would have given up. But for some reason now, something inside of me decided to keep going. After all, I had started to enjoy working out, increasing my weights, improving my technique and I knew I was getting faster. The fact that I simply continued and turned off the weaker side of my brain, so to speak, helped a lot. The doubts in my mind whether I could actually do it, went away and my motivation to go on and see what I could achieve, got bigger. For the first time in my life, I was in control of my attitude, and soon after, I also noticed changes in my body too. 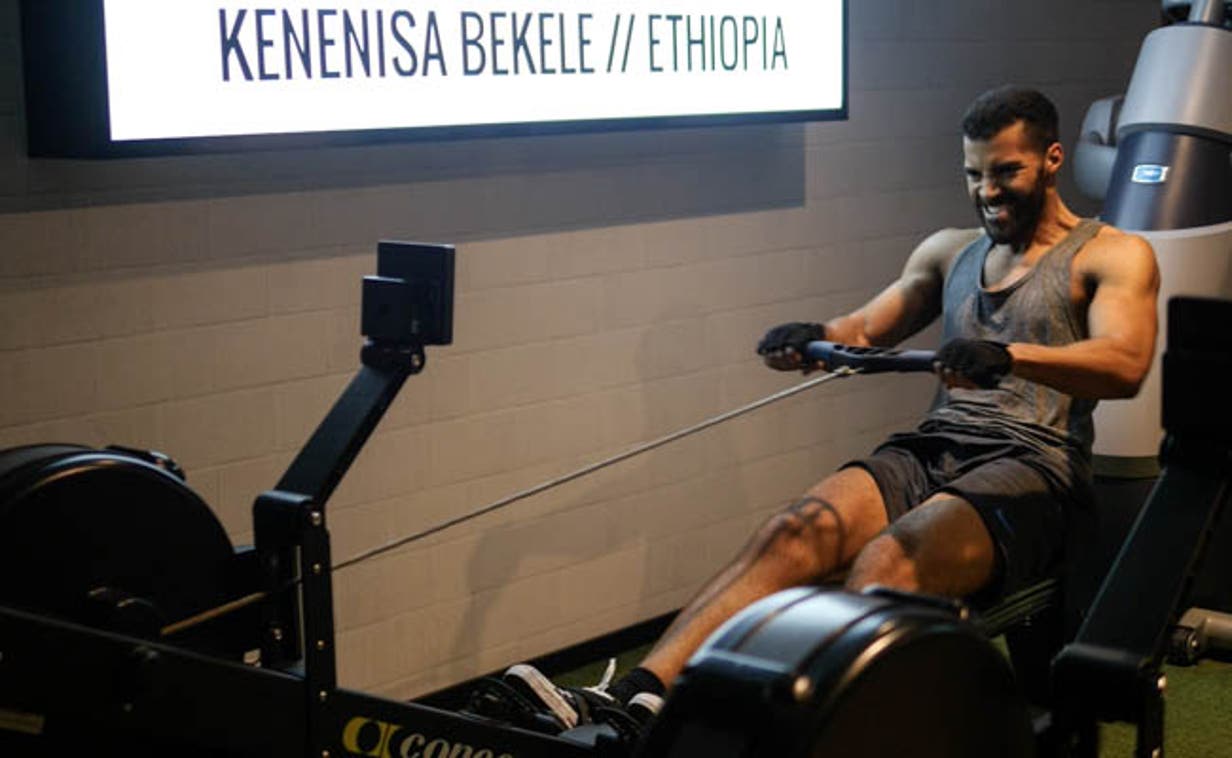 “I pushed myself to my limits, mentally and physically. Over time I finally realized what I am really capable of. How? By enjoying the training and the time it gave me to myself a few times a week. By setting myself new goals everytime I reached one. After each training, I had this incredible feeling – I knew that I had given it all I had. This feeling is what made everything worth it. The physical changes that happened along the way – these were of course a nice bonus. My muscles became stronger and bigger, my whole body became more powerful, and for the first time in my life, I noticed that my build was getting broader. Initially, when I looked in the mirror, I couldn’t believe it. Just a few months ago, I had looked at others and thought “Wow! What they have achieved is just great!” – I thought I could never do that. And now, all of a sudden, other people say exactly these words to me. Incredible doesn’t even cover it. And this just motivates me more to increase my efforts and to show everyone what is possible. But only if you believe in yourself!” 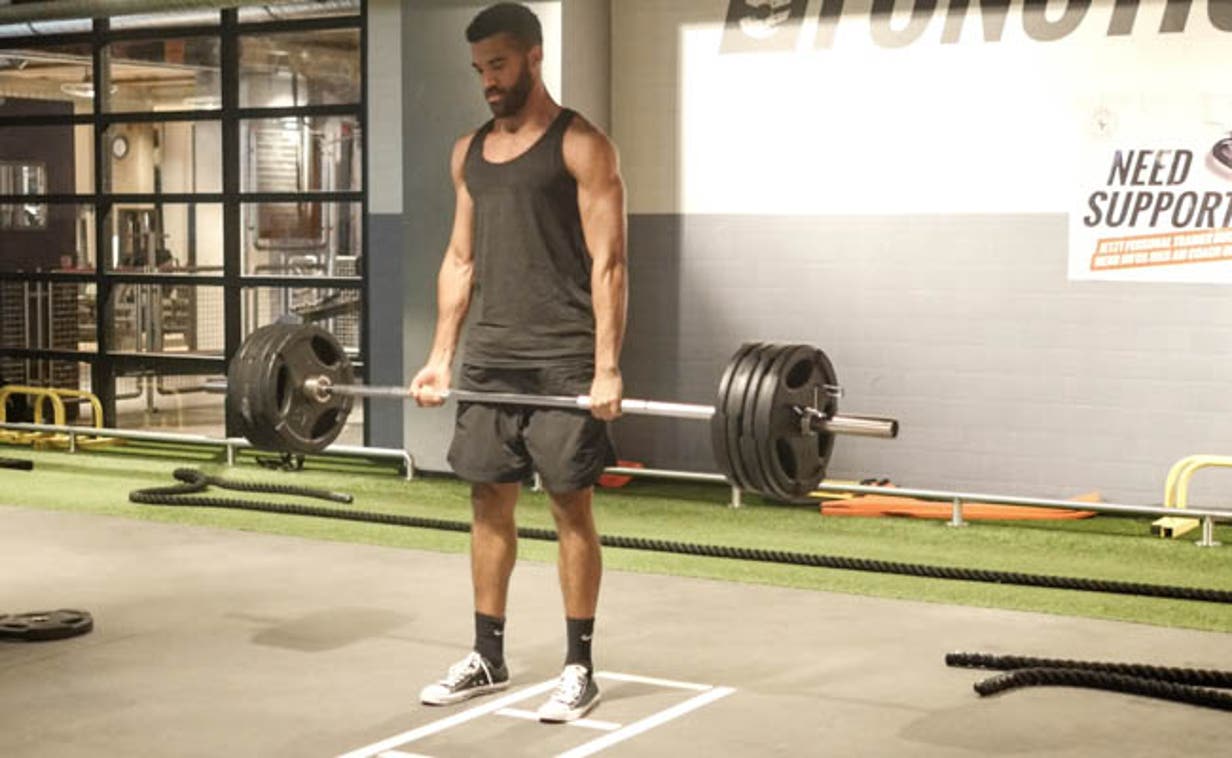 Today, regardless of the physical changes in my body, the most important thing is that I pulled through!!! Now I know that I can achieve anything I want, as long as I am willing to give it all I have. I have proven to myself that even if something seems impossible, if I really want to do it, I will! This certainty motivates me to set new personal goals, because I know that I will reach them through hard work, dedication, and having the faith in myself!

I still remember how it felt to be thin and unhappy for most of my life; to be desperate, feel defeated, and come close to giving up. I also know how it feels to go to the gym and make no progress. Now, I have learned that it takes time and patience. The right plan and the right training, coupled with the will to persist. That is what is needed in order to change. It’s a question of knowing how and why, as well as what! I would like to recommend this program to all those who share my experience. Do not admit defeat when you struggle. Don’t let negative thoughts, doubts or the disappointment of not being exactly where you want to be stop you. Instead, pull yourself together, pursue your goals, and give it all you have. All it takes is a few months to change your mindset like me. After this it becomes who you are. And trust me, it’s incredible. 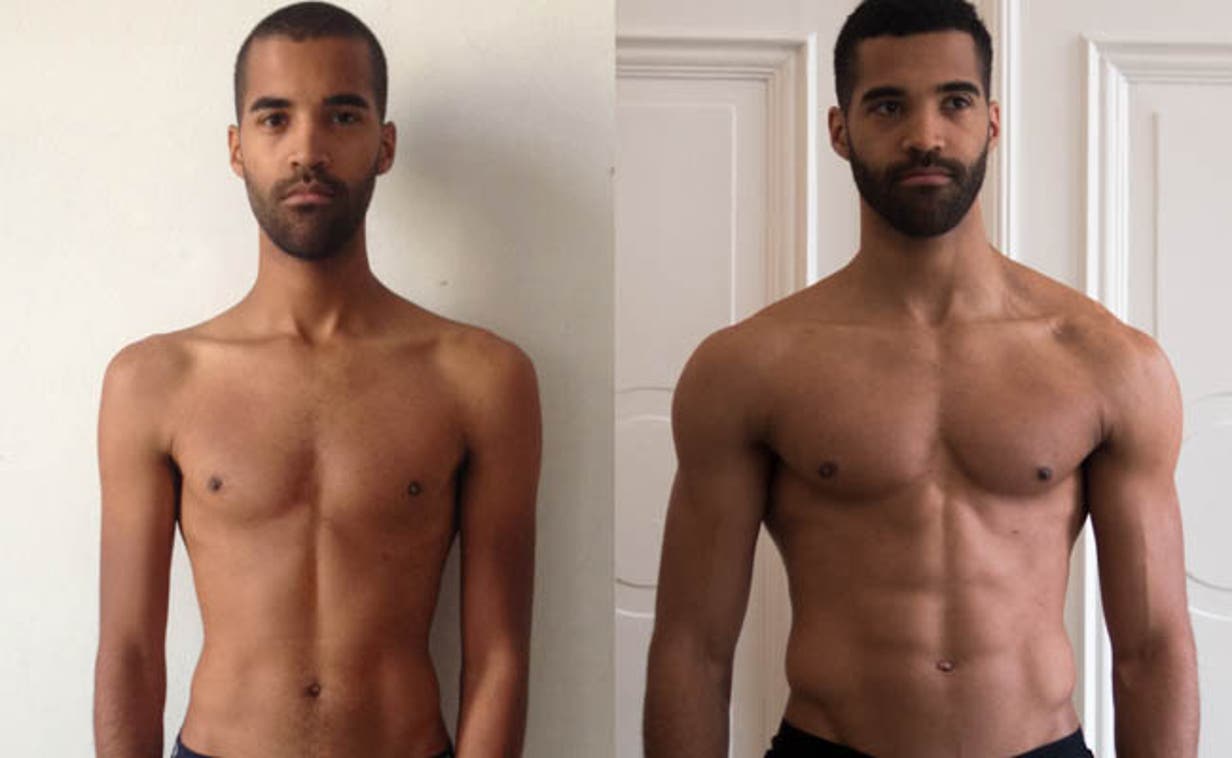