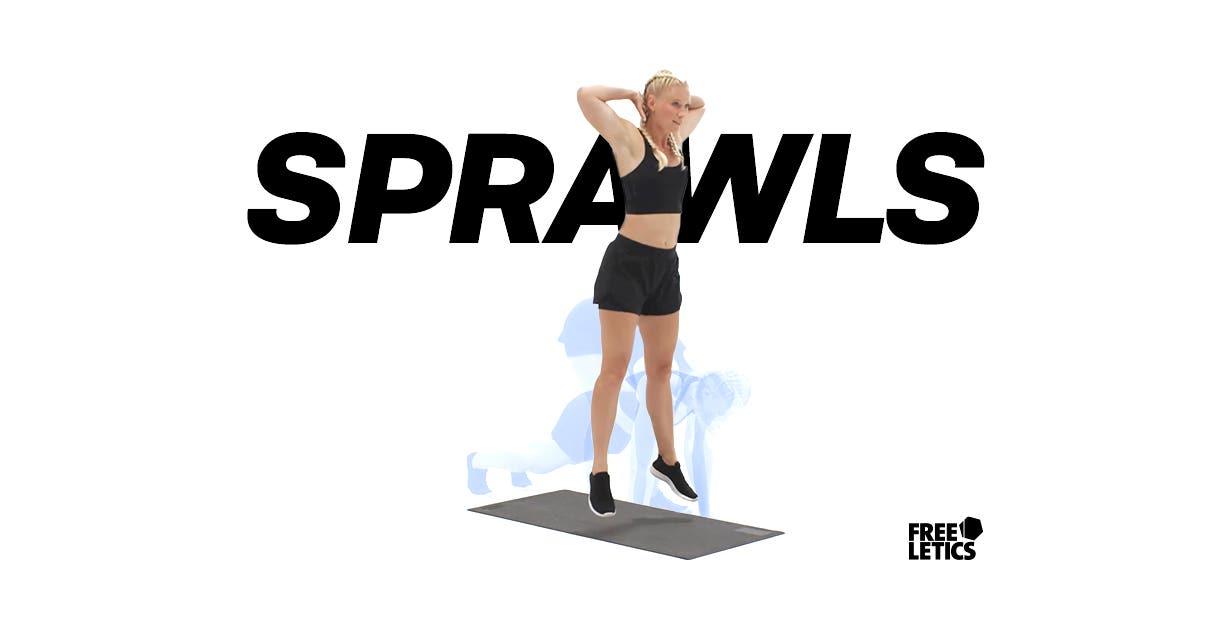 Freeletics expert David Wiener takes you through how to elevate your workout with Sprawls, a simple twist on the humble and often dreaded burpee.
Nick9 months ago3 min read

The Sprawl is an exercise which has been inspired by martial arts, namely Brazilian Jiu-Jitsu and other forms of grappling-style wrestling.

Predominantly used as a defensive move to protect your legs and lower body, sprawling is a full-body, dynamic exercise, which requires effort from both your upper and lower body, making it a challenging move which requires strength, flexibility, and endurance – certainly not an exercise for the faint-hearted, that’s for sure!

What is a Sprawl?

Similar to a Burpee in terms of form and function, the Sprawl does differ slightly. As with a Burpee, in a Sprawl, you progress from a standing to a high plank position, and back to standing again.

However, the significant difference between the two moves is that during a Sprawl you do not perform the Pushup before resuming your upright position, which will require activation of the core and glutes to maintain proper form.

What muscles do Sprawls target?

To perform Sprawls as part of your fitness regime you will need to pull upon your upper and lower body strength, using the muscles and power in your legs to thrust your feet forward and backwards. The chest and arms must also be strong to support yourself and make sure you are sprawling correctly to avoid injury and putting excess strain on the lower back.

It is also a brilliant move for the core as you’re constantly getting into a plank position, helping to strengthen your abdominal muscles, your obliques, and your lower back.

How do I properly perform a Sprawl?

Training Tip: Instructional videos on all the Freeletics exercises, including Sprawls, can be found in the “Single Exercises” section of the app, in the “Explore” tab. There we’ve included enhanced tutorial features to help you master these exercises.

To perform a Sprawl correctly, begin by standing upright, with your feet shoulder-width apart and your knees and hips slightly bent, hands out in front of you and at the ready.

Quickly thrust yourself up to a high plank position, keeping your shoulders, hips, and knees aligned.

Explosively jump your feet forwards next to your hands and then jump upwards so your feet leave the ground, making sure your body is fully upright when jumping.

Then repeat for the desired number of repetitions.

Additional things to keep in mind when training

Sprawls are a brilliant move to increase your strength, stamina, and speed. In terms of speed, the Sprawl can help to develop quick feet by forcing you to quickly pick up your feet and push them backwards before returning to the starting position.

To get the most out of incorporating Sprawls into your fitness regime, each rep needs to be executed as explosively as possible, resulting in increased speed and power.

To ensure you are correctly sprawling, it’s important to create a hip extension rather than arching the back. This is done by squeezing the glutes, which pulls the pelvis back, pulling your spine in line for perfect form.

Sprawls can be incorporated into a circuit or combination of movements, or alternatively performed on their own for a number of repetitions. They are commonly used as a workout finisher thanks to their exhausting nature.

Sprawling can really take it out of you, demanding a lot from the body, and as a result, it is incredibly important to pay attention to your form to avoid injury. 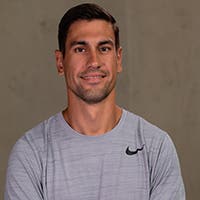 Nick is a Brand Content Specialist at Freeletics and has been with the company since 2018. He is an ACE Certified Personal Trainer, Fitness Nutrition Specialist, and Sports Performance Specialist. Nick moved to Europe to pursue a professional basketball career, and his passion for basketball is still thriving as he shares his experiences while coaching and mentoring players in Munich.