Gel vs. bars: The energy battle

Fueling long runs is just as important as training for them. Read more to find out the pros and cons of energy gels and bars.
Seana6 years ago4 min read

Some runners sip on high-carb gels to get them through a marathon, others chow down on an energy bar instead. Since fueling long runs is just as important as training for them, choosing the right mid-race source of energy should be high on your pre-race preparation list. If you’re aiming for a marathon or just want to start racking up a few more miles this month, it’s never too early to start testing which energy source works best for you. Here are a few pros and cons from our team of experienced runners:

The case for mid-run snacks

Don’t get us wrong, not everyone needs to fuel up during a run. You easily have enough glycogen stored in your muscles to last an hour without having to top up the tank. However, for runs longer than one hour, for example during a half-marathon or marathon, your body will need some source of energy to burn as fuel and keep the engine running.

How often should you refuel?

Most shop assistants will say you need at least 5 bars or gels during a marathon – one every 10km starting from km 10, a spare one just in case, and since they have a buy 6 get 1 free deal, why not go for 7?! Speaking from experience, we suggest less. First of all, you don’t want to over-rely on your mid-run snack, especially if you don’t actually need it. Second, it’s not uncommon for runners to suffer from bloating, cramping and other stomach problems as a result of consuming too many high-carb, caffeine and fructose snacks on route. For your next long run, take 5 with you (just incase), but aim to only consume 2 of these, and closer to the beginning than the end. During long runs, the body can shut down the stomach completely, or slow it down to conserve resources. That’s why it’s not uncommon to see runners close to the final stretch, throwing up right after eating something.

Now let’s take a look at your options: 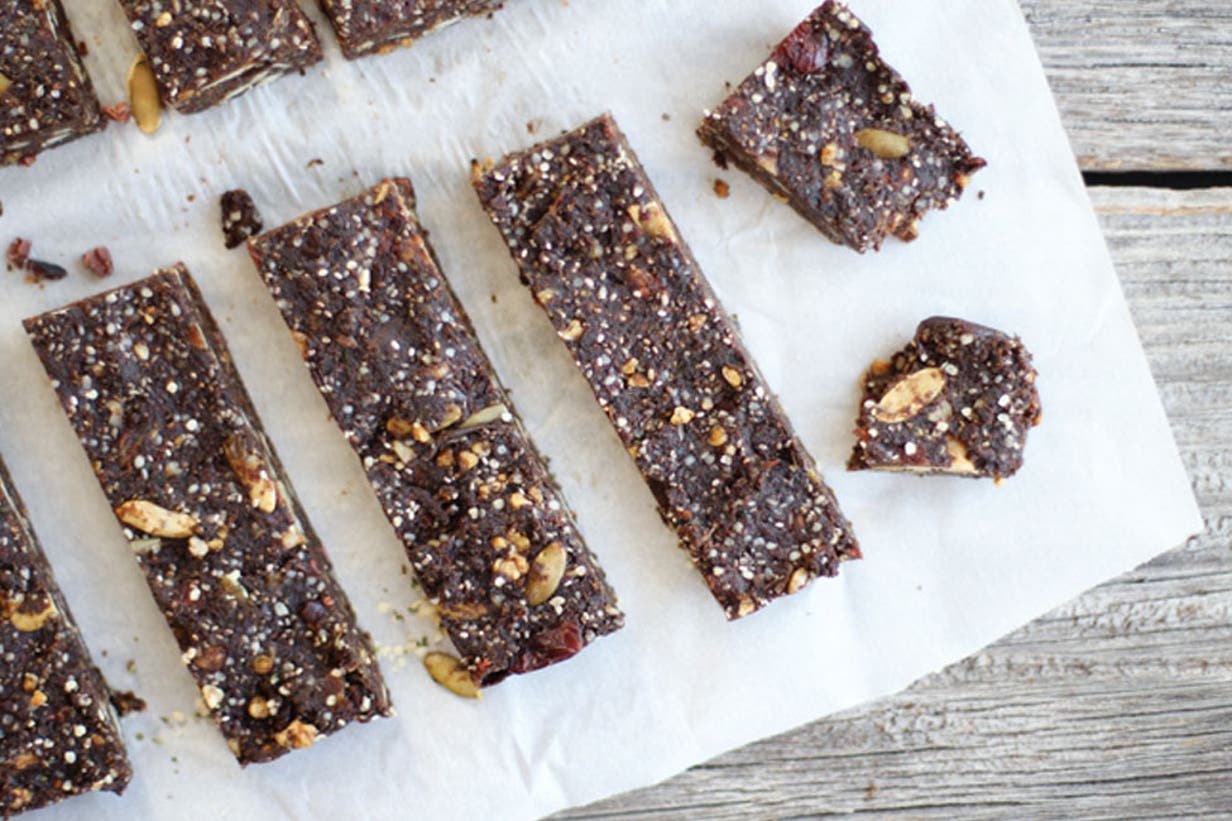 Energy bars usually contain carbs as well as protein, fat and micronutrients. Different bars have different functions and benefits when consumed before, during or after exercise and this is usually indicated on the label.

Pros: If you’re a foodie or enjoy experimenting, bars could be a better option for you. There is a much bigger choice of flavours, ingredients and nutritional content. Nowadays you can even find energy bars that are vegan and paleo. Many bars contain protein – although not necessarily required to give you energy during your run, it can kickstart the recovery process.

Cons: Unlike gels, energy bars melt in heat and go hard in the cold. No one wants to deal with the mess of a melted energy bar in their pocket and a rock-hard bar is also difficult to eat during a run and can cause a runner to lose focus. High levels of fibre or fat can also make the carbohydrates less easily absorbed by the body and cause stomach discomfort or cramping. Also, an energy bar won’t hydrate you like a gel (with added water) will.

Energy gels are a way to refill carbohydrate stores that are emptied when running. A single serve pack of gel consists of a mixture of glucose and fructose and usually contains 20-30g of carbohydrates, as well as sodium.

Pros: Gels are much more energy-dense than bars and drinks. They also come in useful, small sachets making them easy to carry, store in your waistband or stash in your pocket. Another pro is that there is often a huge variety of flavours to choose from – we suggest you try a few different flavours before the race to see how your stomach reacts. As a liquid, they don’t get squashed or soggy so you won’t need to worry about anything melting in the heat. Because our brain runs off the glycogen stored in our blood, gels are a good way to wake us up when we begin to feel dizzy or hazzy at the end of a long run.

Cons: Not everyone’s stomach can handle highly-concentrated gels and many runners complain of cramps, nausea and bloating when consuming carbohydrate gels. Try to get your hands on the “no added water required” variety, otherwise gels can be unpleasantly thick and sticky. It’s also important that you take care if you have a fructose intolerance – maybe best you avoid gels altogether in this case.

What’s wrong with a simple banana? 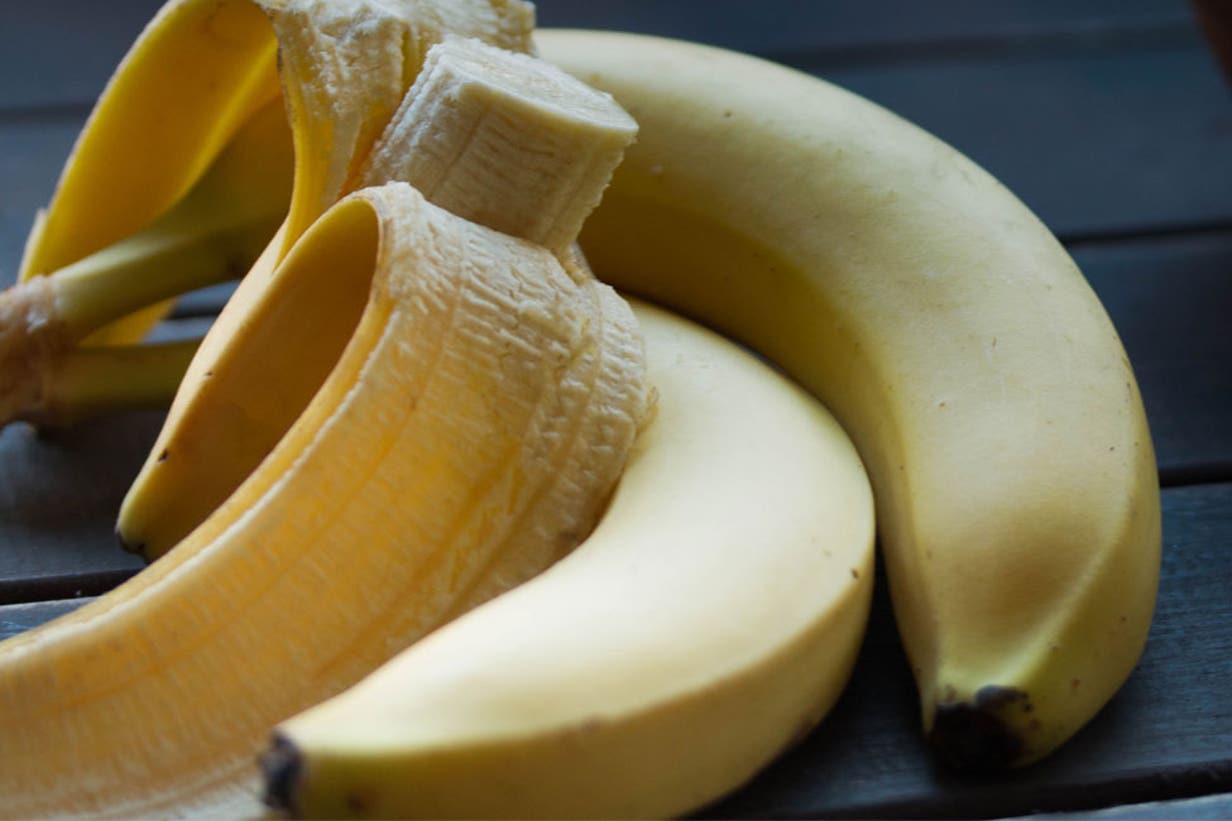 Nothing. Fruit is full of fibre, it’s light and it’s easy to digest – for most –  as well as being the cheaper option. That’s why you often see bananas being handed out at most water stations during marathons. However, the advantage with specialized sports foods is that they also provide your body with other elements it needs such as sodium, magnesium, caffeine and protein. Plus, a soggy, bruised and brown banana that’s been tucked into a runners waist band is likely to do more harm than good.

Try them both. Try them often. Try them well in advance. Everyones body reacts differently and if you want to avoid the dangers of runner’s stomach you need to know what your stomach can handle during a long run. Take a note of our advice and start your pre-race preparation with the right fuel asap.