When Cihan started with Freeletics Gym, his family did not believe that he could do it. But he proved the exact opposite to everyone.
Seana7 years ago3 min read

“Believe in yourself and you’re already half way there.”
Chihan

Training at the gym is about more than big biceps and rock hard abs. For many it’s the first step into a new life. A way of strengthening the mind, not just the body. An achievement that starts in the gym, but spills into all areas of life. For Cihan, four months with Freeletics Gym was all it took for him to regain faith in himself. To stop living a second-rate life and start living the one he was supposed to. This is Cihan’s story.

There was a phase in my life where every single day I was unhappy with the person I had become and the way my life was heading. Self-doubt and dissatisfaction were my daily emotions. The things that had always been important to me, I hardly paid attention to any longer: hobbies, relationships, and my appearance. My self-esteem was at it’s lowest and I became increasingly insecure and shy. It wasn’t until I had hit rock bottom, that I realised I couldn’t continue this way, nor did I want to. The question was: how the hell do I change? 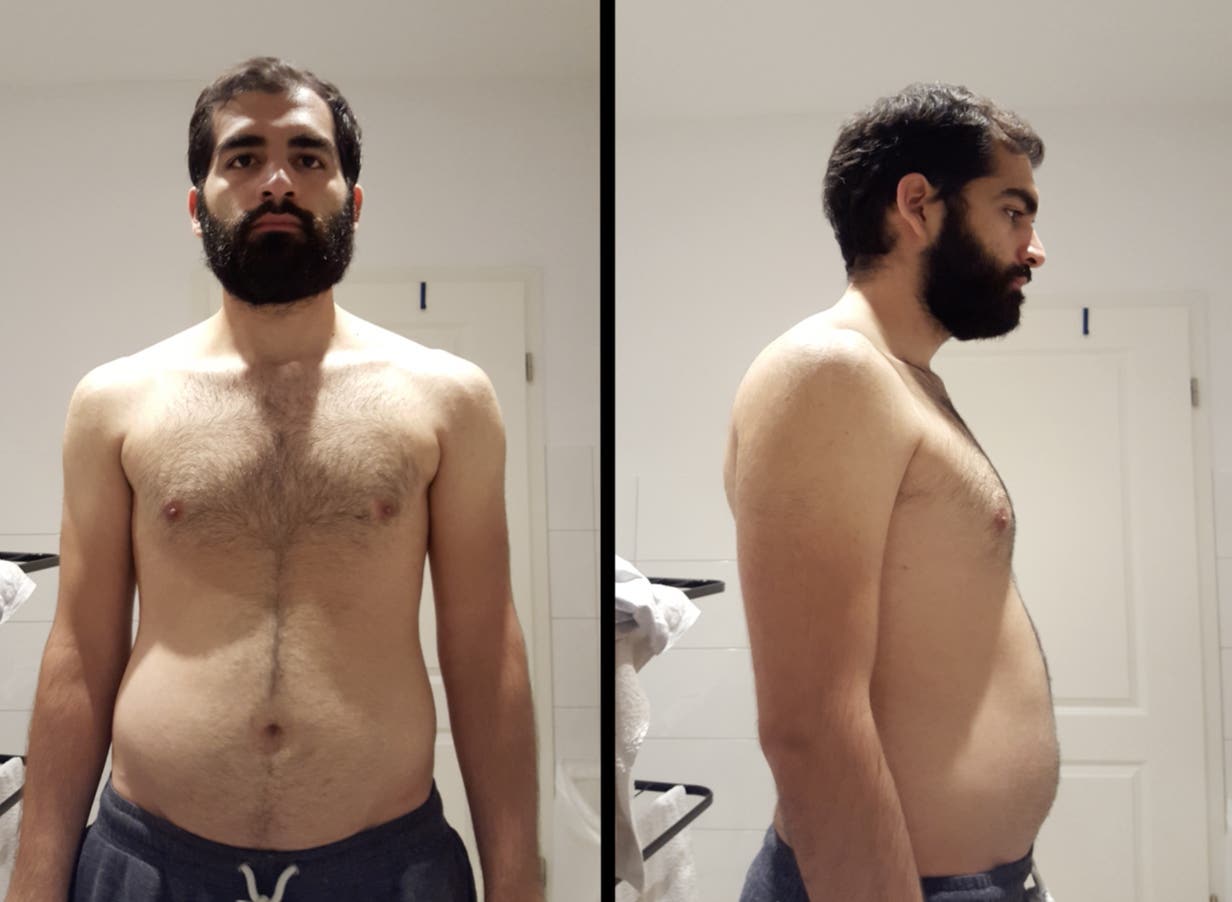 My search brought me to Freeletics Gym and I was soon given the opportunity to test the brand new app for 14 weeks. No complaining. No giving up. No excuses. Just giving my all and seeing it through to the end. I signed up straight away.

The beginning was tough. Much tougher than I expected. I really had to kick my own ass into gear and I often thought about giving up. But in weak moments, my training plan kept me going. Every time I looked in the app I knew what I had to do that day, and without having to think about it I just did it. As a result, for the first time in a long while, my motivation and my willpower were stronger than my weaker inner self. 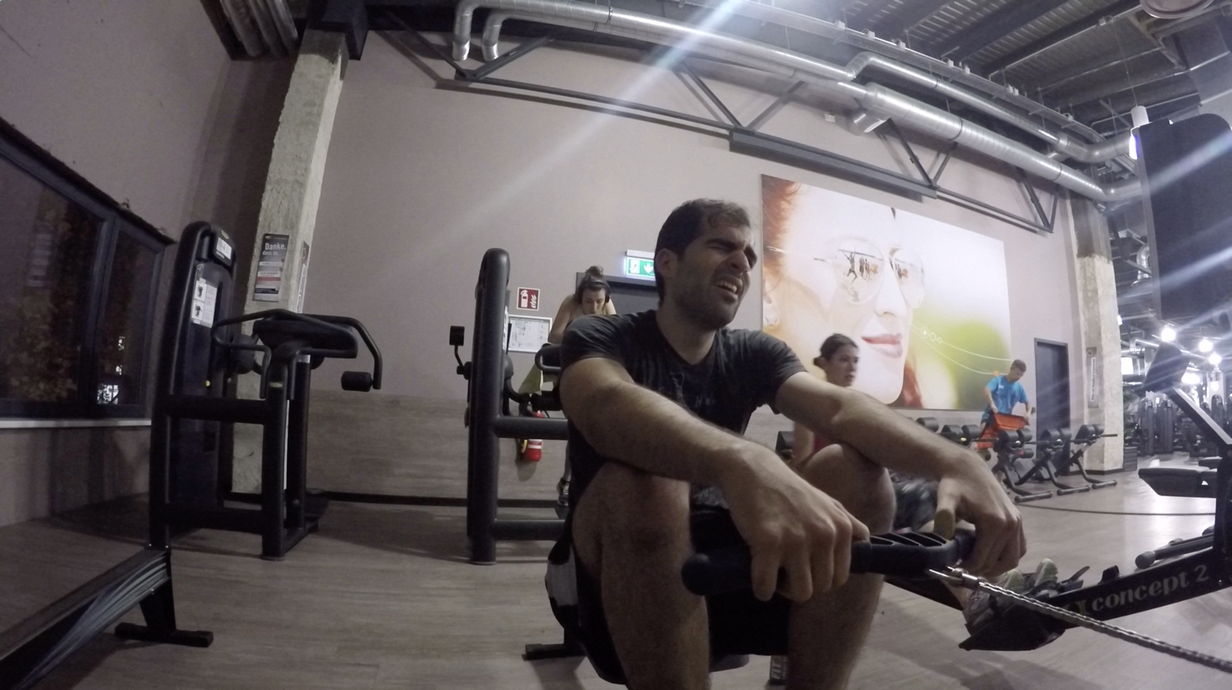 For most of my family, my goals were unrealistic. I had my doubts too but I was determined to prove to everyone that I could do it. After six weeks (see picture below), I finally began to notice physical changes. The stubborn fat around my waist began to disappear. Mentally too, the training slowly required less effort. Even outsiders told me that I was complaining much less. In fact, I started to enjoy the training more and more. My Freeletics Gym Coach kept it interesting by continuously adapting my weights based on my performance. So even though it was getting harder, I was getting better and managed to stay motivated. 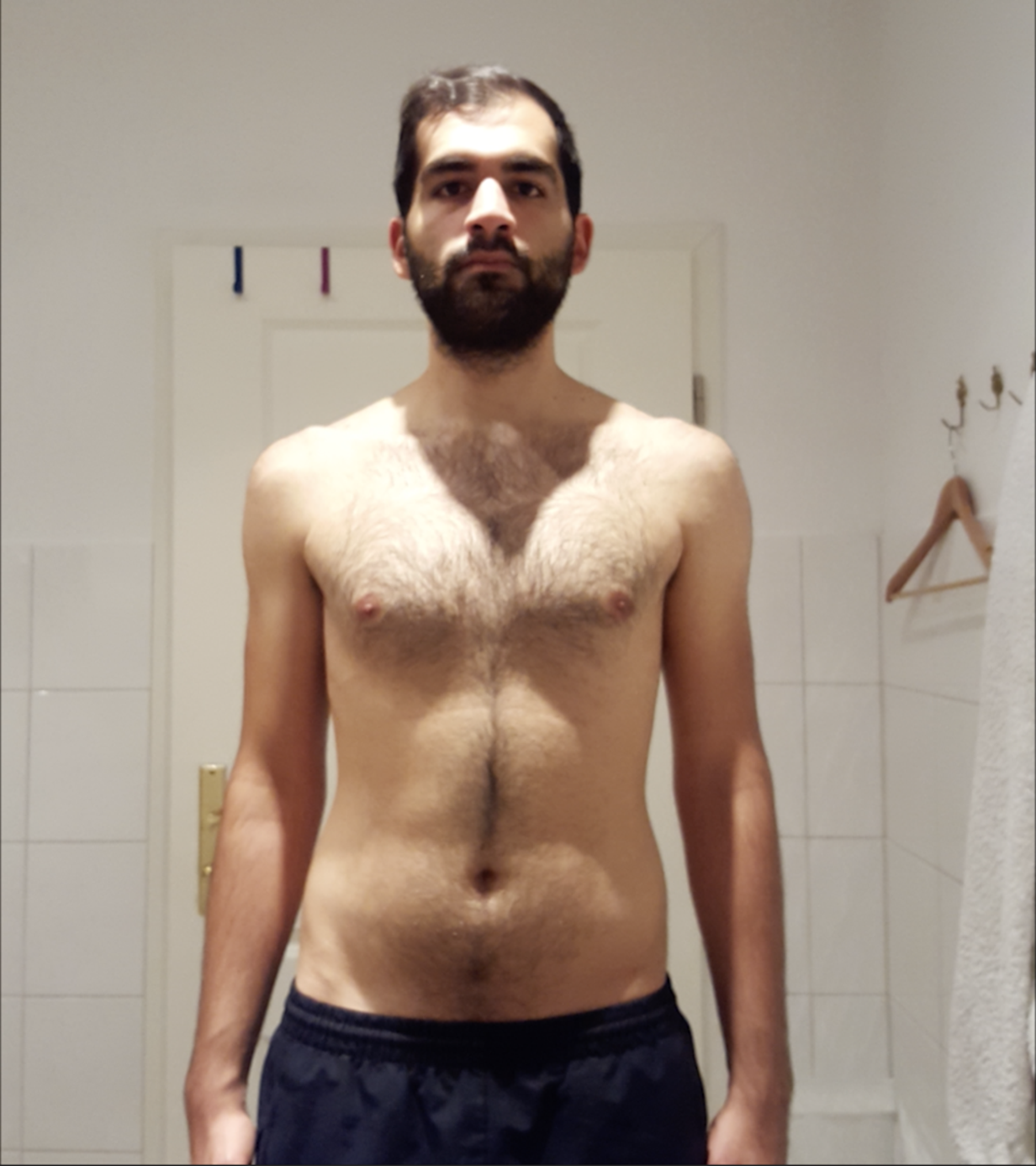 Slowly but surely I lost all my doubts. And not just me, my family—skeptical at the beginning—soon changed their opinion when they saw photos of my progress. Where previously I had encountered skepticism, I now received nothing but admiration. At this point, one thing was clear to me and to everyone around me: The old Cihan was a thing of the past. And I wasn’t going to stop here either. 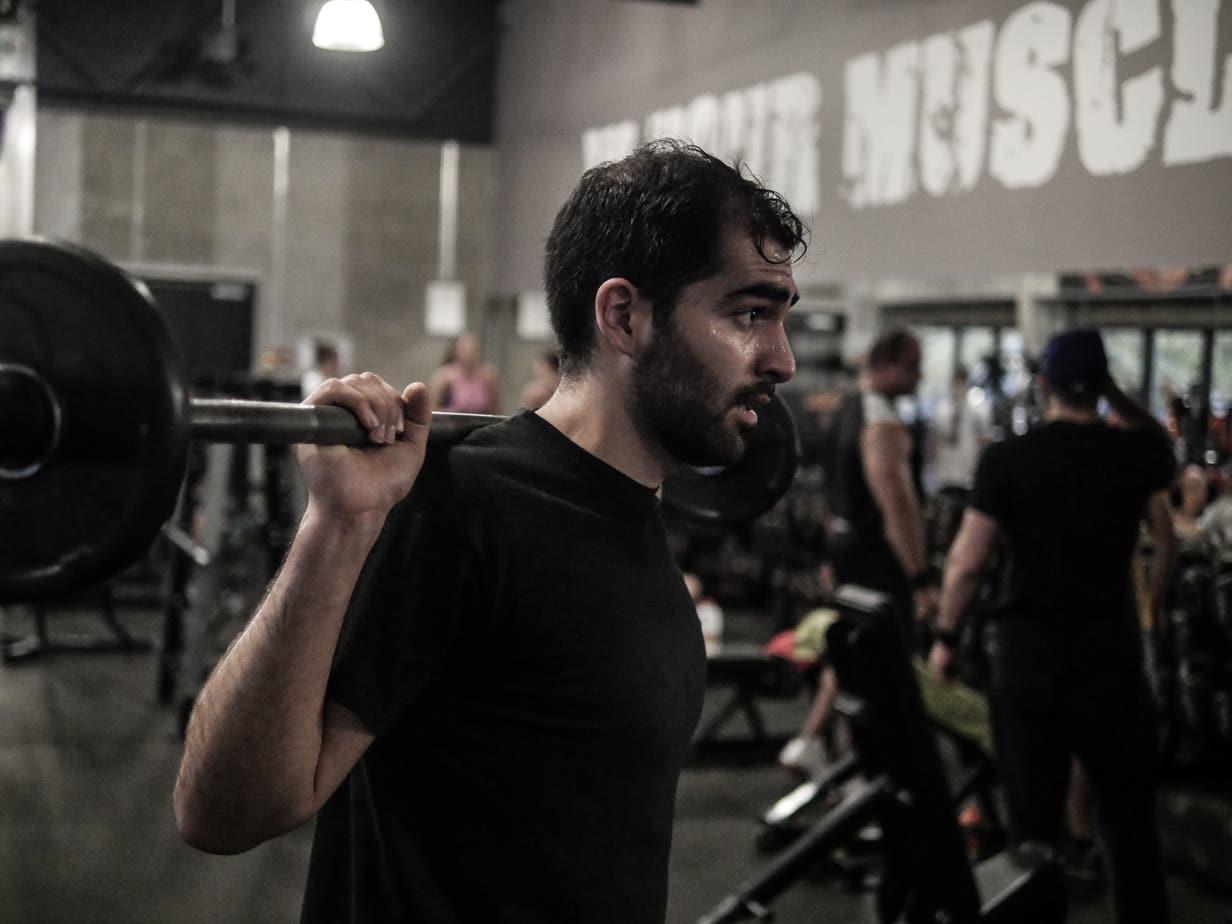 I’ve learned to respect myself and my body. The self-esteem I thought had gone is back and greater than ever before. I’m no longer anxious when I enter a room. I’m confident, relaxed and determined. Challenges don’t scare me like they used to. I approach them with a strong mind and the goal to overcome them.

Now, I want to inspire others to follow in my foot steps. My brother and my cousin, who once doubted my journey have already begun their training with Freeletics Gym. And I hope my story will reach even more people. Everyone deserves the opportunity that Freeletics gave me.

For all those driven by doubts, for all those who fear one more experience of failure: “Believe in yourself and you’re already half way there.” For the time being, the willpower can wait. I didn’t have it either when I started to train. Similar to a muscle, it grows with the process of physical change. I don’t want to create any illusions. It won’t be easy. It takes patience and a lot of damn hard work. But every second of struggle accumulates to excellence, you’ll see. For me, Freeletics Gym was the right path to take. And given the chance I would take it again and again.

Don’t wait to hit rock bottom. This is the chance you’ve been waiting for. Right now is your opportunity. Take it and run. 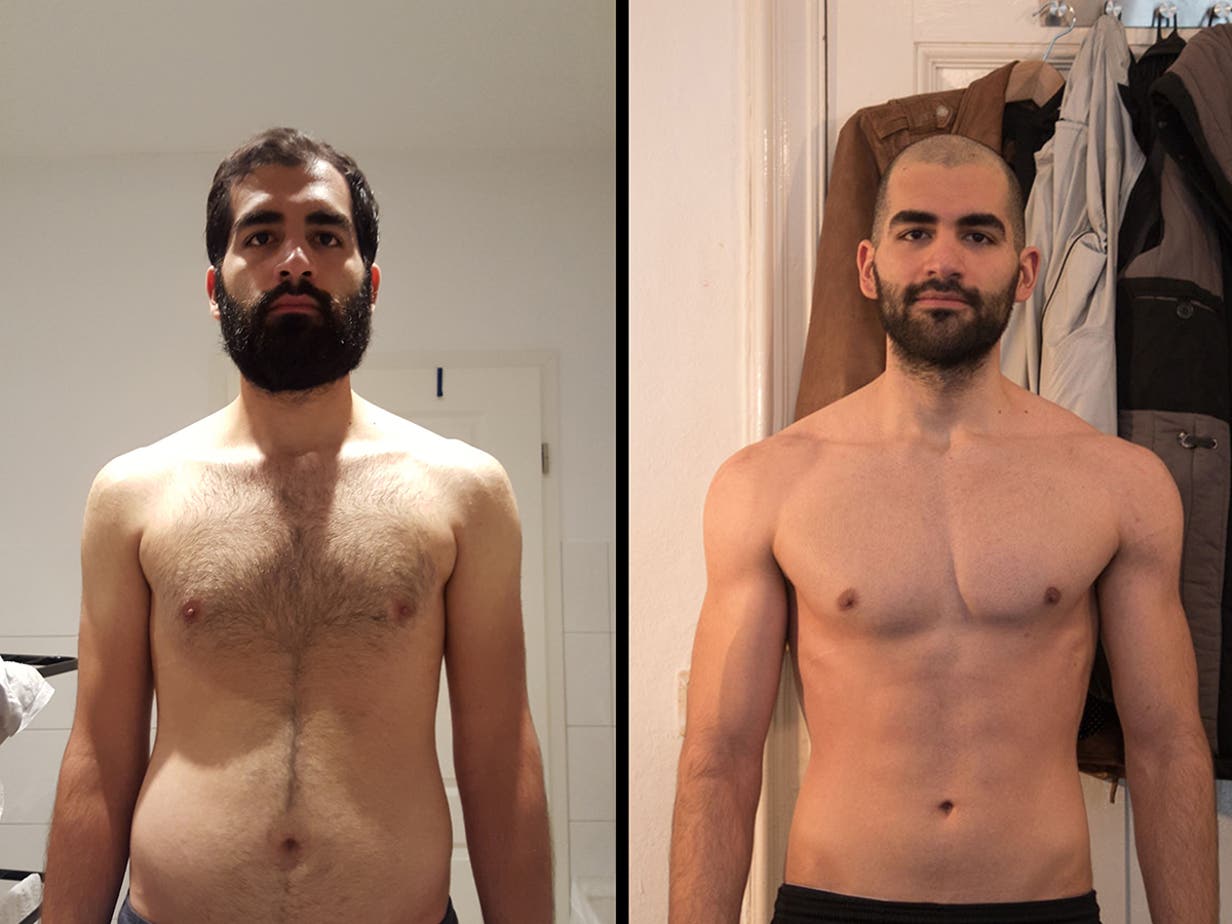