A recent study shows a little workout therapy can help solve stress caused by work, a lack of sleep and even a bad hair day.
Seana5 years ago3 min read

Having a bad day? Brace yourself for quite a few more, because our recent study revealed that the average American experiences a whopping 60 bad days per year. Experiencing a bad day is also known to bring out bad habits which have a negative impact on our health and well-being. So what does this mean for us?

Our survey of 2,000 working Americans, examined how we deal with stress, what exactly a “bad day” consists of and what effect it has on us. Work was a common theme, as the results found the average respondent experiences nearly four stressful days at work per month.

The mood of our days rest in a gentle balance, as one in four Americans said that not having any hot water in their shower has completely ruined their day on at least one occasion. 34% have had their days ruined by having some plans fall through, and 25% said a bad hair day became a full-fledged bad day.

But is that the most effective way to deal with stress? According to the results, a little “workout therapy” will go a longer way in helping with bad days. Survey respondents were split based on their frequency of exercising, with results showing how beneficial working out actually is – also mentally.

The more frequently somebody works out correlated with how likely they were to report that exercise helps them deal with stress. “These findings make a lot of sense, as working out after a tough day can be a very effective stress reliever, especially because it boosts those all-important endorphin levels,” says John-Francis Kennedy, the Training Specialist at Freeletics.

This is no real surprise, considering the science: “Any form of exercise can help to relieve stress and frustration: it leads to an increased level of some hormones, dopamine, serotonin and endorphins in the body,” Kennedy explains. “These, in turn, contribute to the feeling of happiness and a reduced level of the stress hormone cortisol.”

But why is stress a bad thing? “Chronic stress hinders the body’s ability to regulate cortisol levels, which, in turn, influences metabolism, immunity, sleep rhythm and blood pressure. This will often lead to you feeling tired and rundown, plus you will also be more likely to gain weight and crave fatty and sugary foods.”

But according to the results, Americans seem to find exercising fairly inconvenient. Nearly 4 in 5 Americans do not have a gym membership, citing price as the biggest reason, as well as the simple fact that they just don’t like going. Surprisingly, many overestimated how long they should spend working out for their session to be effective. 27% cited a lengthy 46 - 60 minutes as the ideal workout duration, and 24% believe they need to exercise for 31 – 45 minutes. At Freeletics, we’re all about efficiency and know that 15 to 20 minutes is all you need to train. 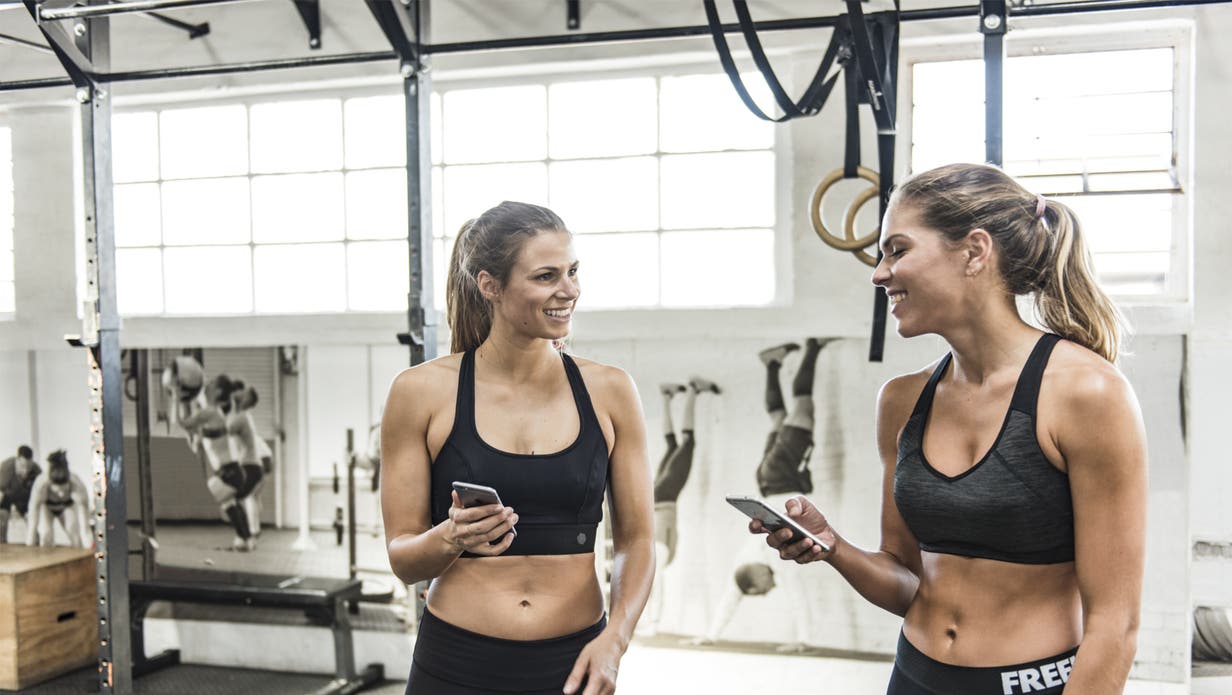 It’s clear that the right physical activity contributes to a healthy body and a healthy mind, so it’s vital that exercise is appealing and accessible to everyone. Don’t let the stress of work, financial worries or a bad hair day get in the way of your training. Use your workout as a way to clear your mind and give your body the boost of endorphins it needs to leave you feeling more positive and happy. And don’t think you have to spend hours in the gym to do so. With Freeletics, you have the option to exercise anywhere and anytime. We know that a 20-minute bodyweight workout done at home can be just as effective as spending an evening in the gym, so there really are no more excuses not to work on a healthy body and a healthy mind.