A one-year travel through North, Mid and South America with Freeletics – Matthias’ story

When Matthias’s life came to a crossroads, he quit his job and split up with his girlfriend. Find out how Freeletics helped him choose the right path and accompanied him on his journey across America.
Seana8 years ago7 min read

My Name is Matthias and one and a half years ago, I discovered Freeletics. At first I was just curious. I wanted to see what all the fuss was about. Being over 30 I thought I was too old for it. That it was aimed towards younger guys. But when my life came to a crossroads a year later, it was Freeletics that helped me through my struggle and accompanied me on the journey of a lifetime. This is my Freeletics experience story.

In October/November 2013, I downloaded the app, but didn’t start. I just wanted to know what Freeletics was. Because I was over 30, I never thought I could change as much as the guys I saw already doing it. But after watching Levent’s and the other transformation videos, something flipped a switch in my head and finally, I decided that I had to start. I promised myself no matter what happened, I would finish the 15 weeks. If I didn’t like it, I could stop. But only after 15 weeks. This was my starting point with Freeletics.

At the same time, my girlfriend who I had been together with for 5 years left to travel to South America. Unfortunately I couldn’t get the time off work so had to stay. At the time I had a steady job with a good income. I’d call it the “average, boring” life that many people have.

As soon as my girlfriend left, I started thinking a lot about my life. This is when I realised my passion to travel the world. I had wanted to do it for a long time. But there was always an excuse to stop me. As a student it was always a lack of money. After my studies I got a good job offer, so I took it. Although I told myself that I would only work for two years and then go travelling, this didn’t happen. I worked not 2, not 3 but 9 years. I forgot about my dream. Forgot how to live. I was always stressed. Spent all my time in the office and by the end of 2013 I was completely exhausted. I became so ill that my doctor told me it was time to take a break. But taking a break meant free time. And this made me miss my girlfriend. I desperately needed something to take my mind off of it. 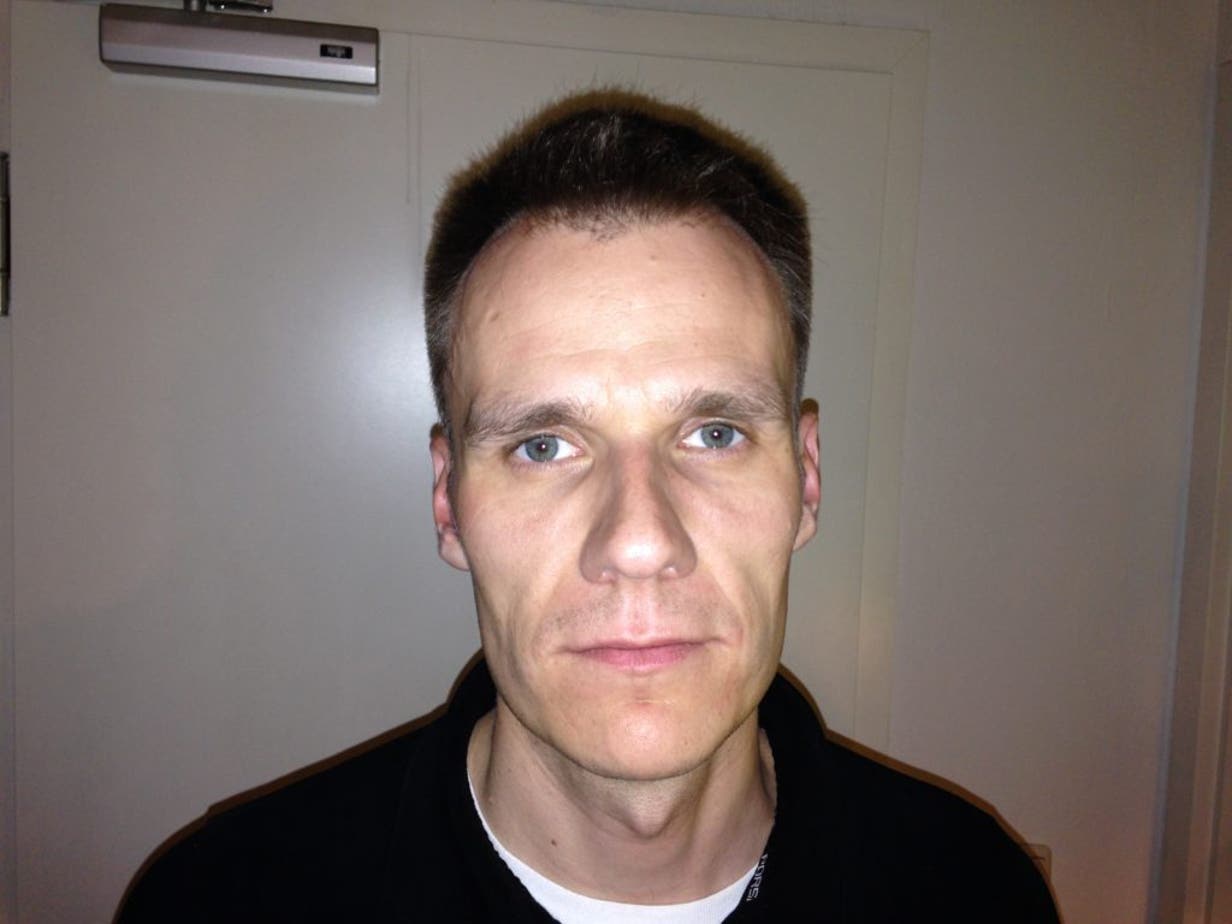 This is when Freeletics became my saving grace. I had my personal promise and I stuck to it. I fell in love from the first training. It was a breath of fresh air. I was finally balancing my life. Take note: When I say a breath of fresh air, I am by no means saying it was easy. Because it wasn’t. It was hard. But that didn’t put me off. I gave it 100%. I bought the Nutrition Guide, cooked every day and began changing my life.

I started to feel really good. I had my dream of travelling in my head and my Freeletics Coach in my hand. With my new found energy I decided it was now or never. So I quit my job. My personal life became more important. I realized that my health and happiness should always be number one!

Then, came the next blow: When I told my girlfriend I had quit my job and we could travel together, instead of being happy, she told me she wanted to split up. I was shocked. I’m sure everyone knows this feeling. It’s all part of life. But nonetheless, you can never be prepared for it when it hits you. I was completely lost. Why did I quit my job? Had a made a huge mistake? If it wasn’t for Freeletics at this point in my life, I would have given up on everything. But I didn’t.

Freeletics was the one thing I had to compensate all my hurt and sadness. So I gave it everything I had. I pushed myself even harder. I knew now for sure that I would keep going right to the end. I had to. I had nothing else to do and too much to think about.

My life was now at a crossroads. What should I do? Where should I go? With the mental strength, gained through my training, I made a life-changing decision. I chose to take the right path. 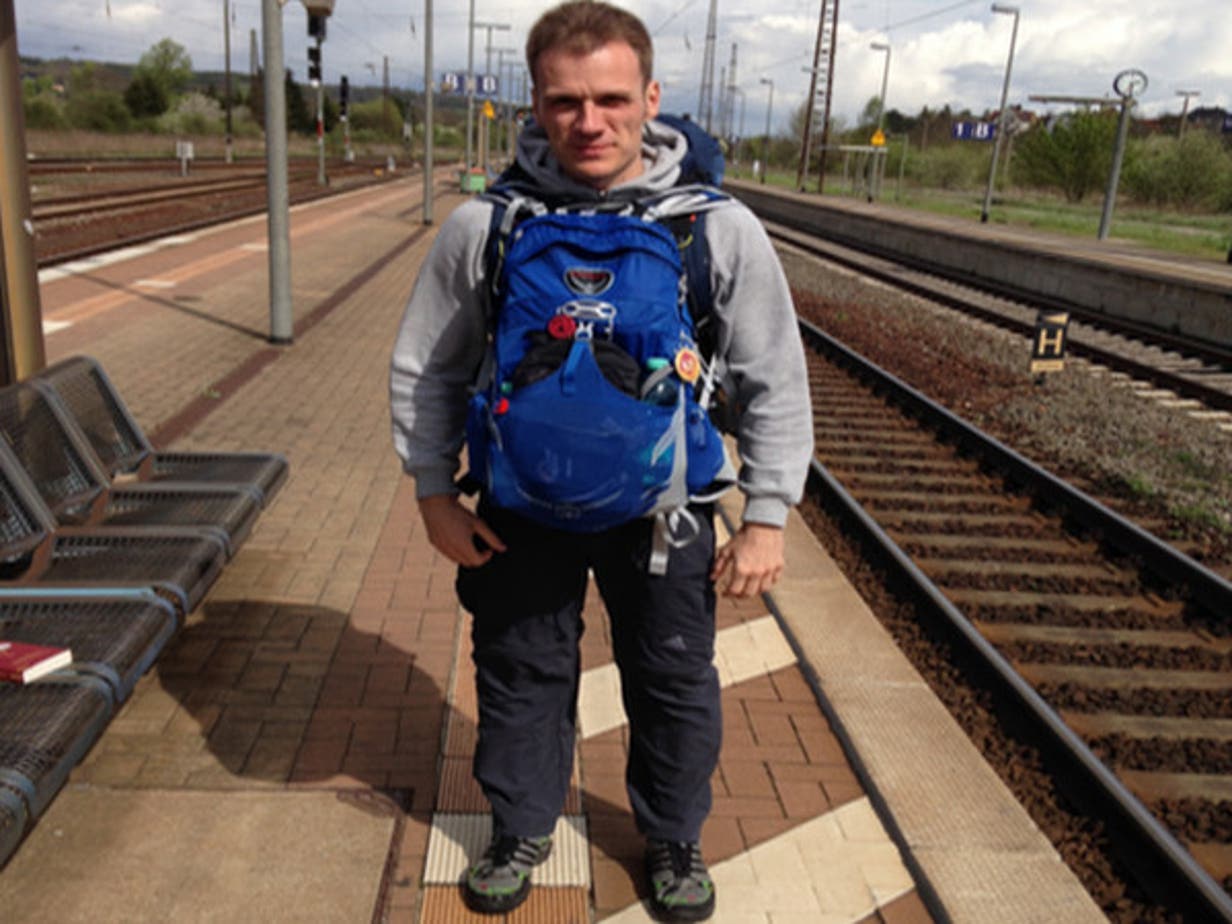 On the 14th of April 2014 I left Germany. No apartment. No return ticket. Just my backpack, my savings and my dream in the mind. I had no idea what was ahead of me. No idea how long I would travel. I just new that I needed to do it. It was the route to a better me and a better life.

I started in Cartagena/Colombia. What a great place, perfect weather. Over 30 degrees and it was humid… wow. I remember my first days. I went out running and did Freeletics. Believe me it was great. My Freeletics times got worse because I wasn’t used to the climate. But I didn’t care. I loved it. 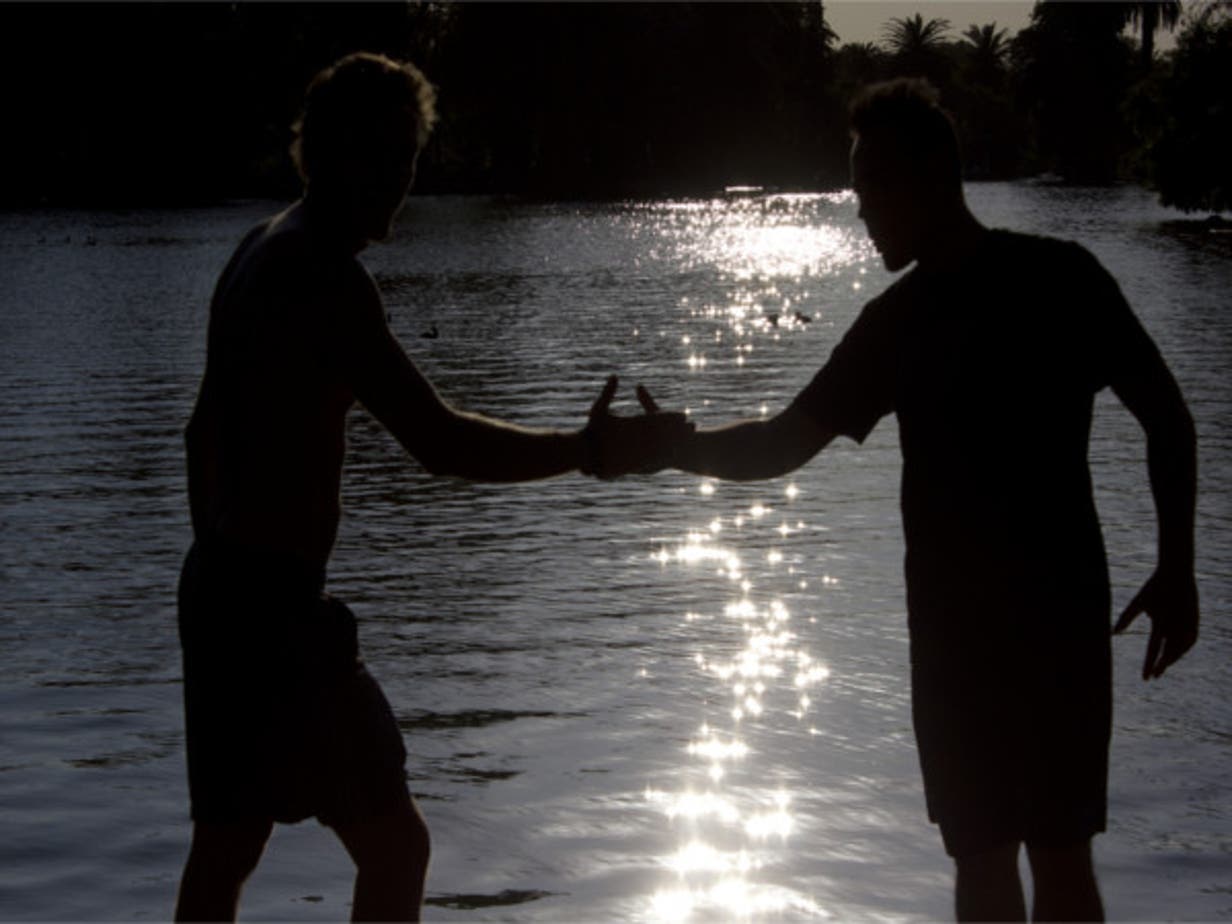 Freeletics became the center of my life. When I was in training week 13 I decided to stay longer in Cartagena, until the end of my 15 weeks. Week 15 was a dream. It was Hell week. I did the first sessions in the morning at 6am. The climate was not as hot at this time (only 25 degrees with high humidity). I planned everything around it. The session in the afternoon was priority one. I can’t even remember what my last training was. I just remember being really happy. The promise I gave myself was fulfilled. I had found my passion. But there was no way I was going to give up now.

I left Cartagena to travel further. From doing hikes in the mountains, I realized how fit I had become. I met so many new people on my travels. Never sure where I was going next. I just lived in the moment. But one thing was always for sure: Freeletics. I trained anywhere and everywhere. The Mountains of Colombia and Ecuador. The beaches of Jamaica and Cuba. On the rooftop of my brother’s apartment in Guatemala City with a great view of the volcanoes. 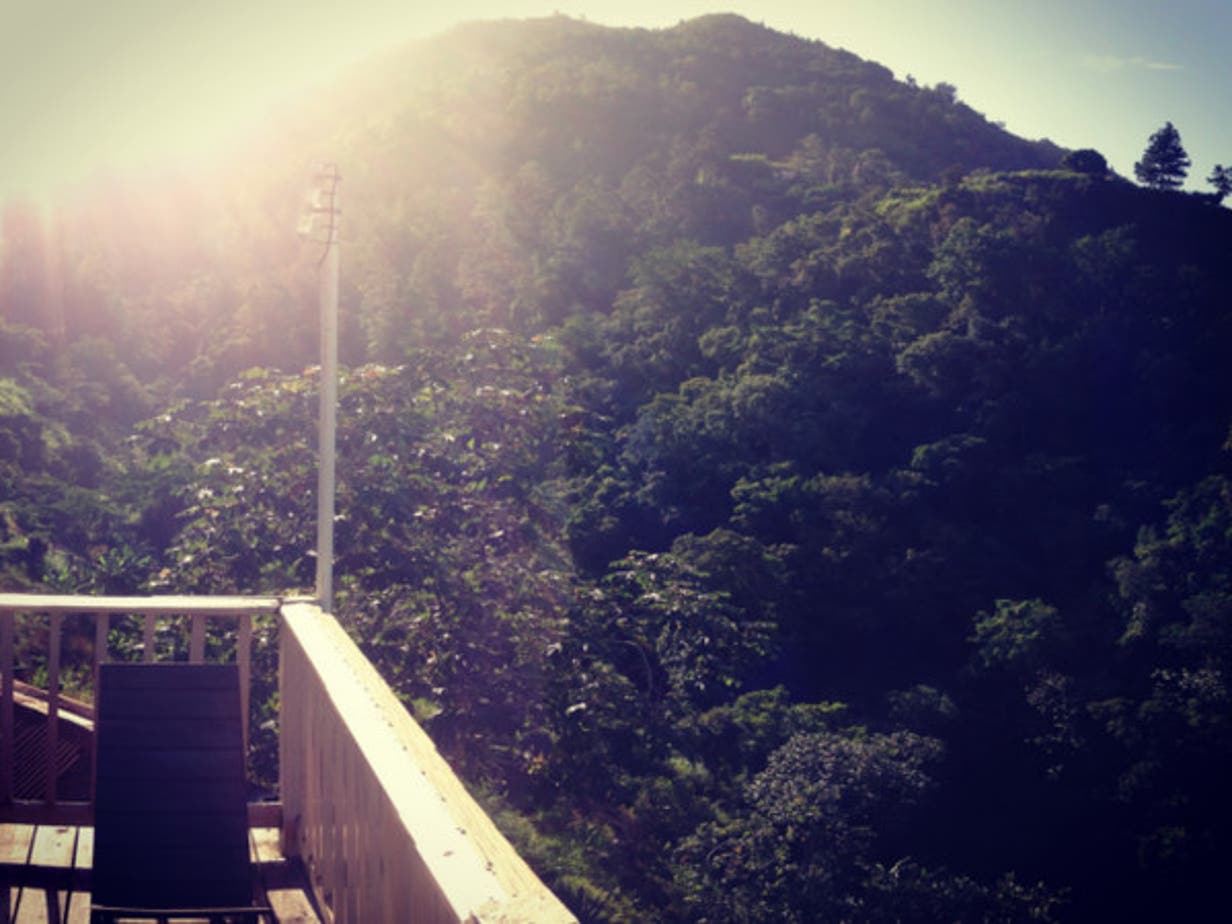 When you travel for a long time you are never alone, but you never have a consistent companion. People and places change from day to day. But I had my friend with me. My Freeletics Coach. When I look back it was perfect. Freeletics was the only consistent thing I had on my travels. 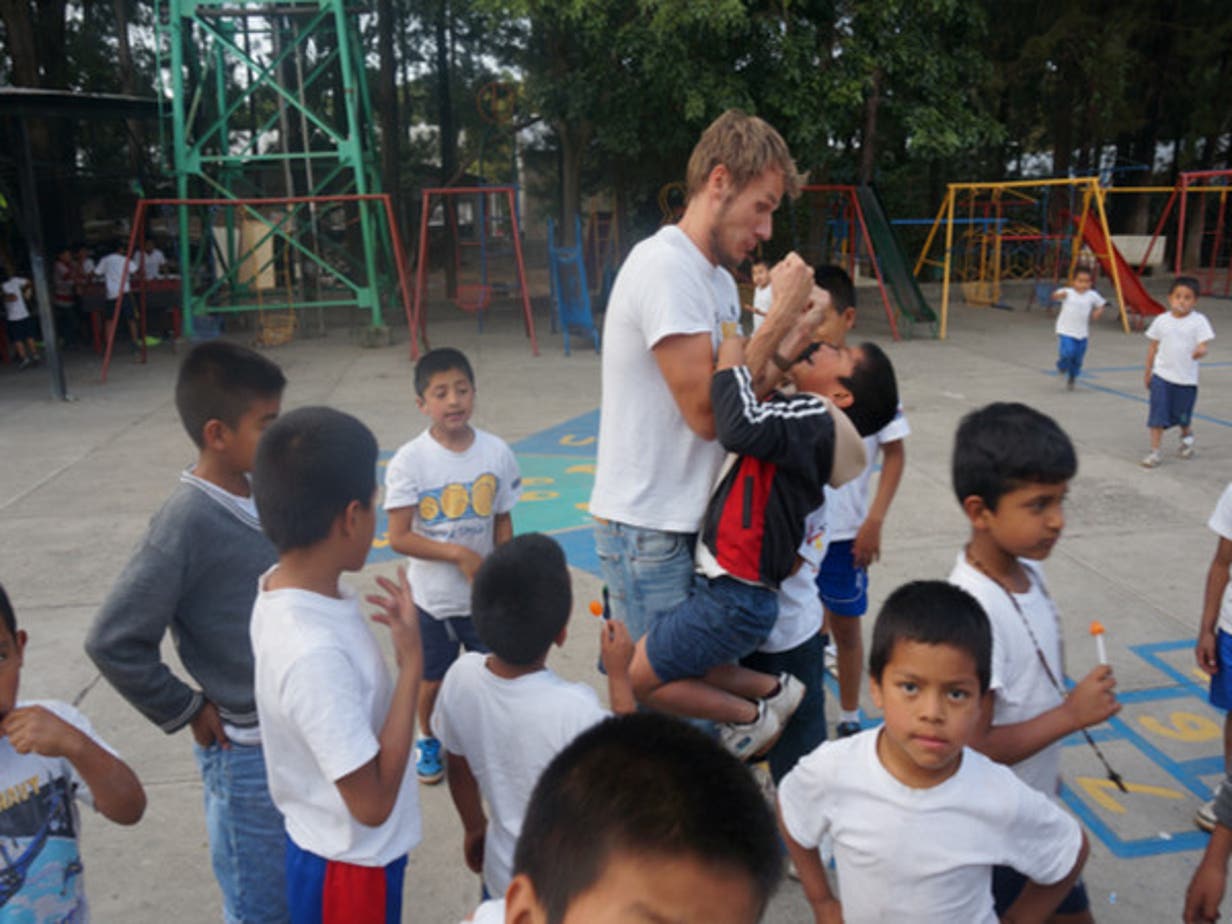 One of the most emotional moments for me was in Guatemala in February 2015. I went to an orphanage for boys between the age of 2 and 13 to donate some things for the kids. We soon got onto the topic of Freeletics and they were all comparing biceps. It was pretty emotional. These small boys didn’t have parents. They lived basic lives with no luxuries. And there I was. But we still managed to bond over sports. Over Freeletics. I could make them happy showing them how to do situps and pushups. I can honestly say that I have never been more proud to be a Free Athlete. It’s not about having muscles. It’s about connecting with people all over the world, no matter their background or where they are from. I took this chance to motivate them. I told them they can do whatever they want in their life they just have to believe in it. 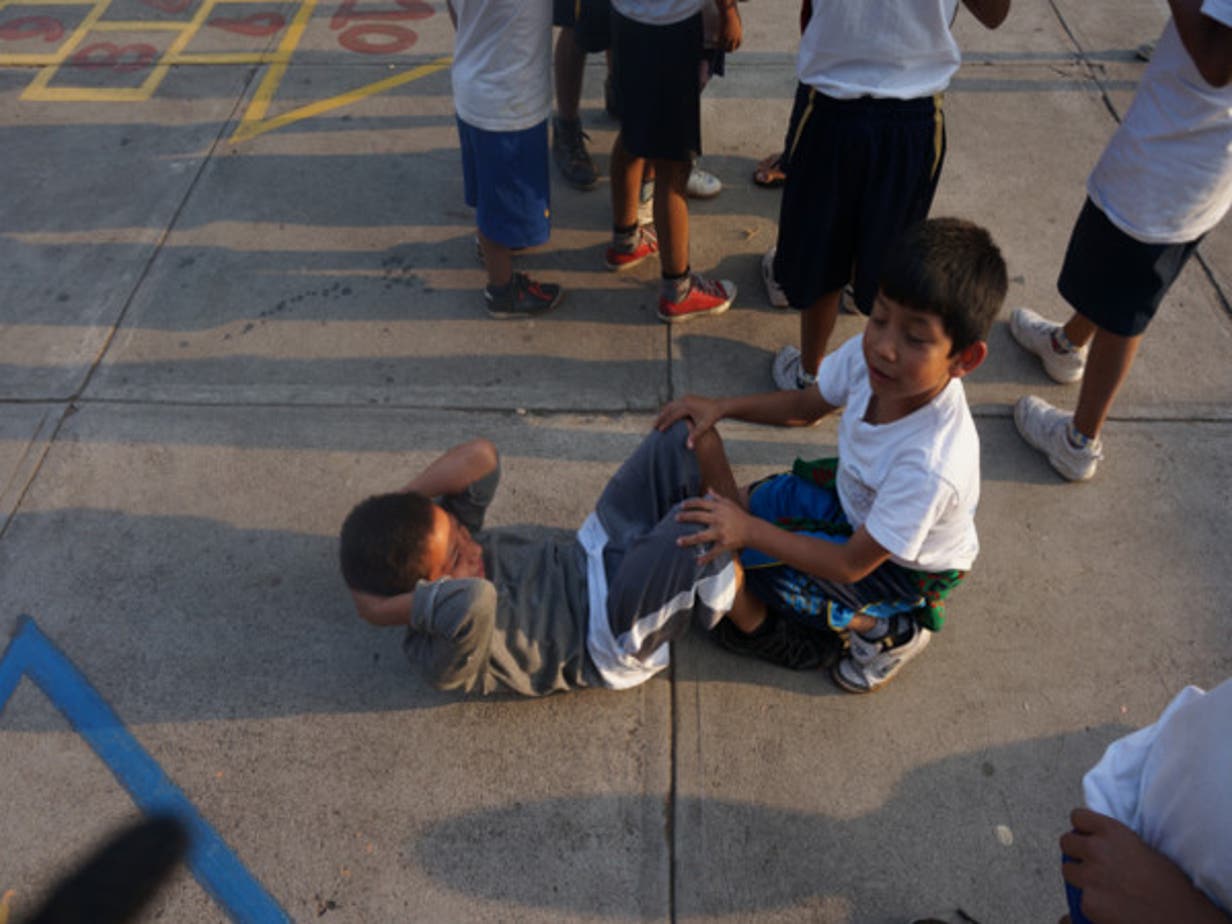 Training conditions were very seldom perfect and I came up against a few obstacles. For example in Bolivia the high altitude of 3500m + made it really difficult. But I just trained in advance or afterwards. Also on my cruise around the Galapagos Islands I was on a small Catamaran with no Internet and no space. But I was still able to train. I made the most out of everything. No Excuses. By the end of the cruise most of the other guys also became Free Athletes. We were like a small training group in the middle of the ocean. 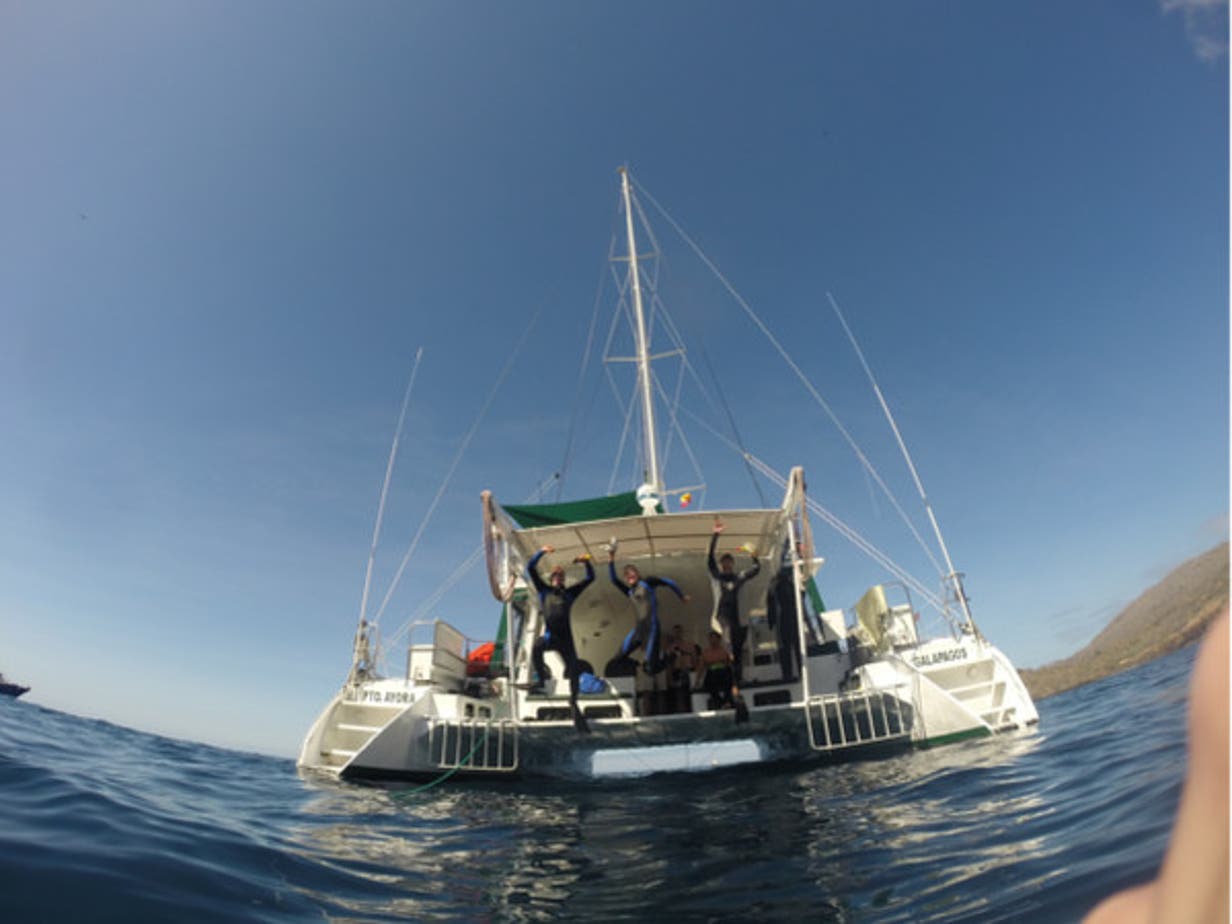 During my 11-month trip I often trained alone. However, now at the end of my journey I’m in Buenos Aires where I’ve found a great Freeletics group. I found them on Facebook, told them that I was here and joined their trainings. It’s amazing how much faster I am training together with the group, compared to on my own. 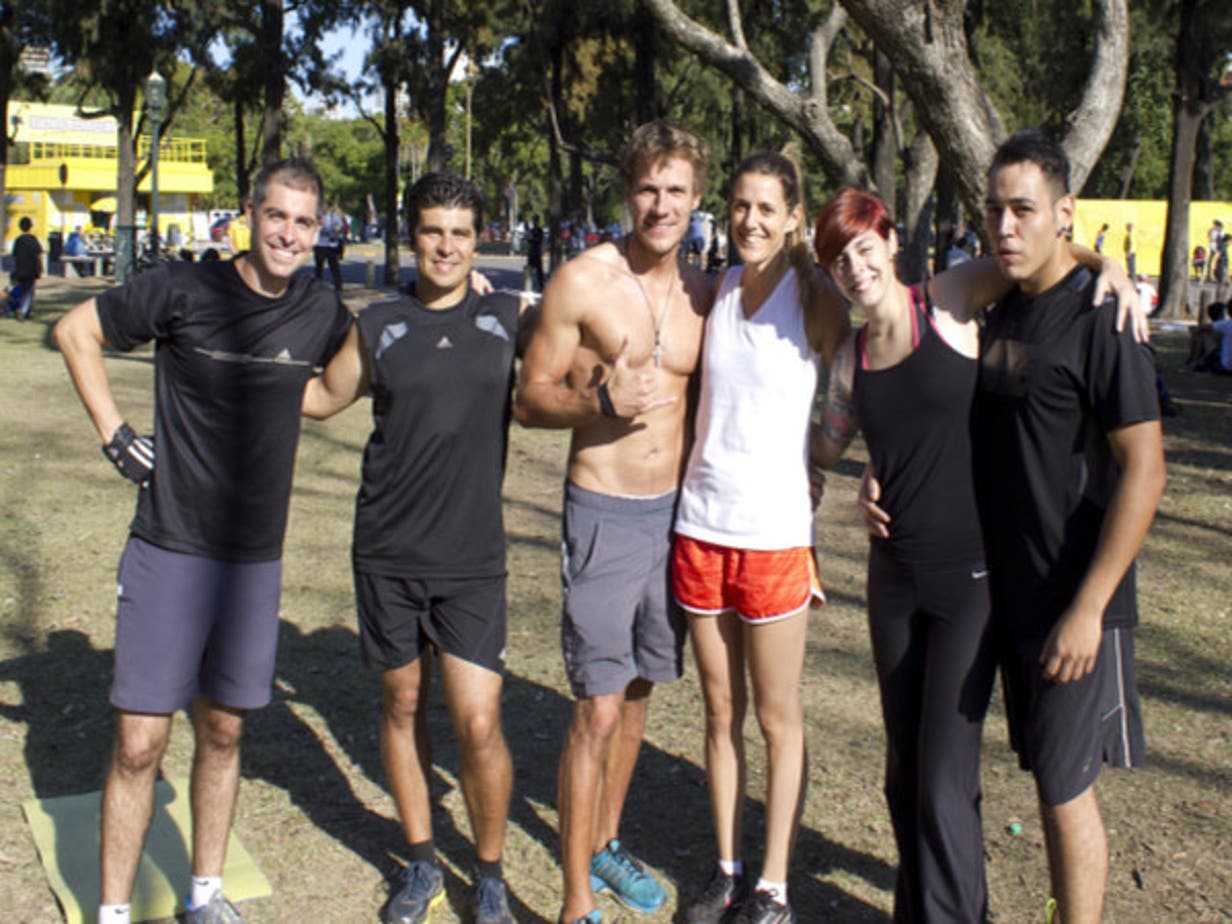 When I look back, I am so thankful for Freeletics. It’s what kept me going all year long. It helped me overcome stress, confusion, heartbreak. Almost every obstacle life threw at me.

From this experience I have learnt a few things: Never forget your dreams. Fulfill them. No excuses. Life shows you the way, go with the flow. Health is the most important thing in your life. Keep your body and mind strong. Do sports. Eat clean. The rest will fall into place. What’s coming next? I don’t know. My journey is over. My body and mind are transformed. But whatever comes next, there is one consistent thing. Freeletics. Clap Clap! 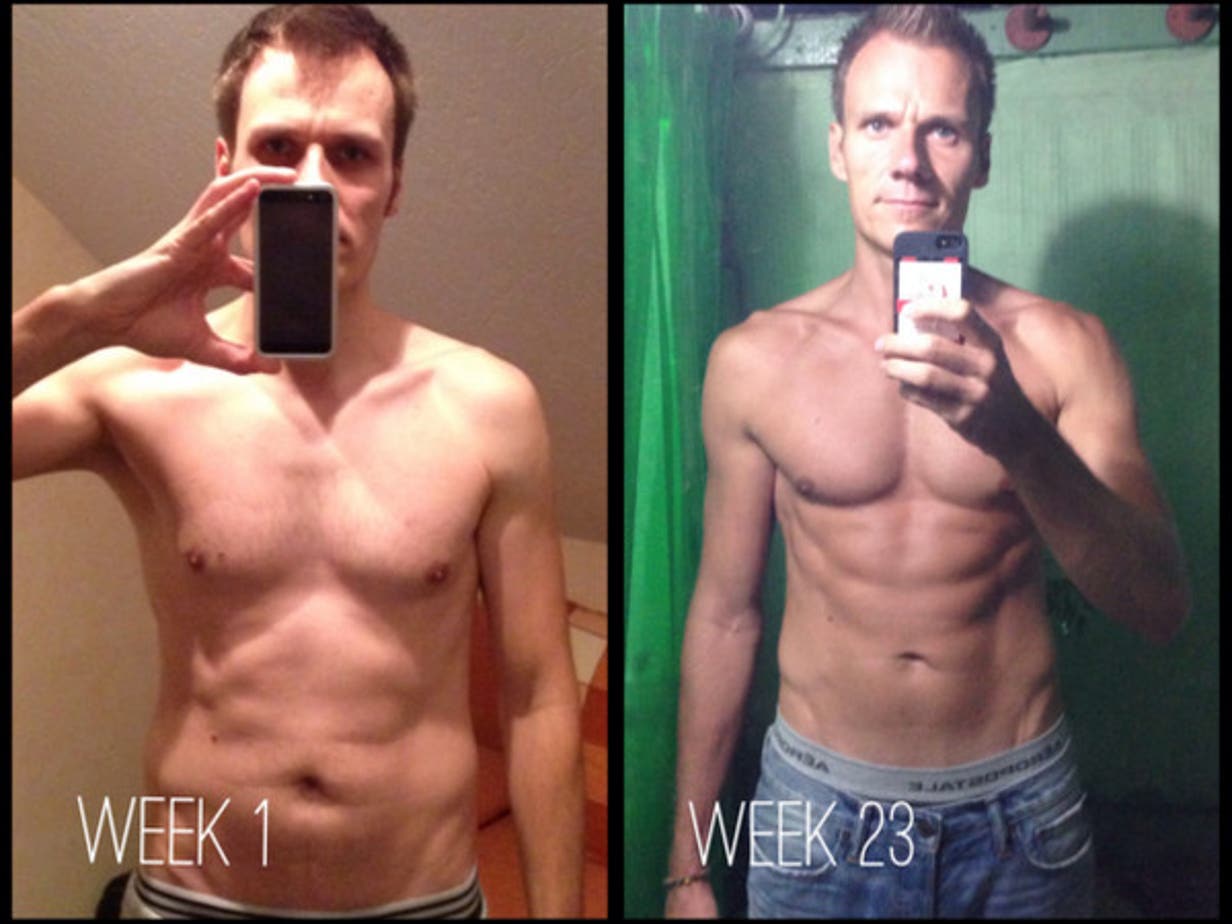 Matthias’s story shows that it doesn’t matter how old you are. What you do. Your past or where you come from. All that matters with Freeletics, is your future and where you’re going. Your Coach becomes your companion. And the community become your family. So remember that dream you always had? The one you always said you’ll start “next week”? It’s time to start making it happen. Make a promise to yourself and stick to that promise no matter what. Life is there to be lived. Stop waiting. Take action.