Training as a reward: Irony or reality?

For some people there’s nothing better to treat themselves than by a long run. Why is that so? Read on to find out.
Seana5 years ago2 min read

Do you know people who always choose a long run after work over a cozy night with pizza, Netflix and a glass of wine? Or don’t join you for that second cocktail and leave the party early because they want to be fit for tomorrow’s morning workout? These people seem to have their sh** together, right? But why are these choices so easy for them to make and rather than a struggle, it’s what they actually prefer to do? Read on to find out how you too can train your brain to crave a workout, rather than dread it.

So what exactly is the difference between those seemingly over-motivated actives and an average person? It’s actually pretty straightforward: The former have internalized that training simply makes them feel good. For these guys, regular exercise equals treating themselves well. You’re maybe thinking you too know training is good for your body – but still this doesn’t make you crave it. The thing is: It goes far beyond only knowing this. It’s about experiencing it yourself. Why is that so important? Because the limbic system, also called the “emotional brain“, learns what feels good. During exercise various hormones, such as endorphins, are released in the reward center of the brain. As a result, you feel really good and your mood rises. Repeating this “reward” (i.e. the good, satisfying feeling), and establishing the association between physical exercise and a rise in your mood, teaches your brain that this is actually enjoyable and good for you – not only for the obvious physical benefits. Not always straight away, but overtime you’ll see how regular training can actually prevent a bad mood and also help you deal with stress. It just takes a few weeks to get to that stage.

How to get your brain to want to work out

But what if you don’t belong to the group of people who sees a 15 km run as a treat? Don’t worry, this way of thinking and behaving is not a genetic trait. The release of the so-called happiness hormone is a natural biological reaction of the brain that basically anybody is entitled to. All you have to do is give it a try and make your training a regular habit. Although cardio workouts are said to release more endorphins than other types of exercise, you can rest assured that once a habit, any kind of sport that makes your heart rate rise will make you crave it sooner or later. And actually, it’s not so much the sports you crave, but the feeling. The important thing here is continuity so your brain can strengthen the bond between the impulse (the long run in the morning) and the reward (you feeling amazing). If you’re facing troubles getting started in the beginning, add a social note to it and either convince your partner or friends to join you, or just join one of the training groups near you. During your workout, try to consciously be aware of the energy kick you get, and observe how your mood rises. Take a picture afterwards when you’re feeling invincible and proud of your achievement. Every time you look at that photo, you will be reminded of how good the workout made you feel, and hopefully this will motivate you to do it again. 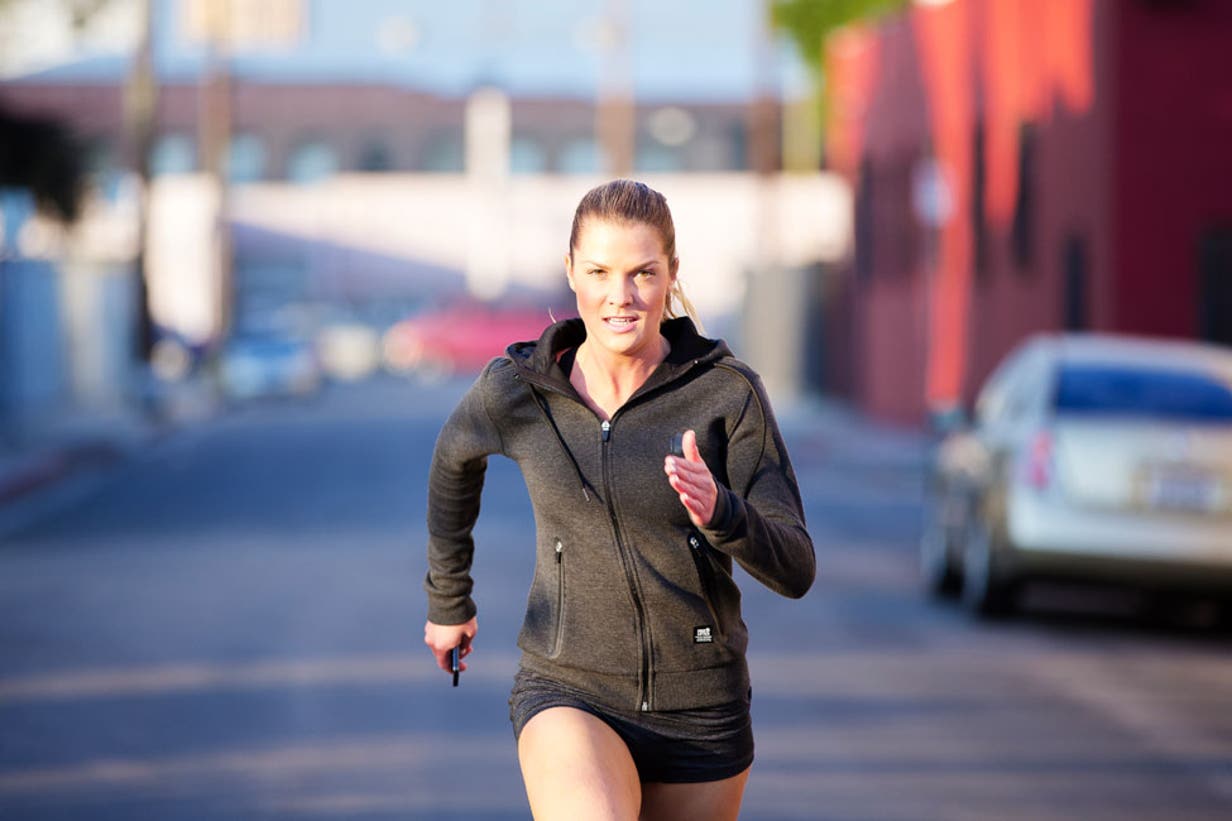 It’s all a matter of time and dedication. But your well-being makes every second and bead of sweat worth it.