Redefine your limits: “Every day I think I have to prove myself.”

“Limits don’t hold me back. They drive me forwards.”

They say talent is natural, excellence is choice, and no one agrees more than Steffi Marth. Although already topping leaderboards around the world, the professional mountain biker and BMXer from Germany never stops aiming higher. Instead of allowing her fears, doubts and limits to hold her back, along with Freeletics, these are the things that drive her forwards. Here, Steffi talks about her struggles, strengths, competitiveness, and what “Redefine Your Limits” means to her. 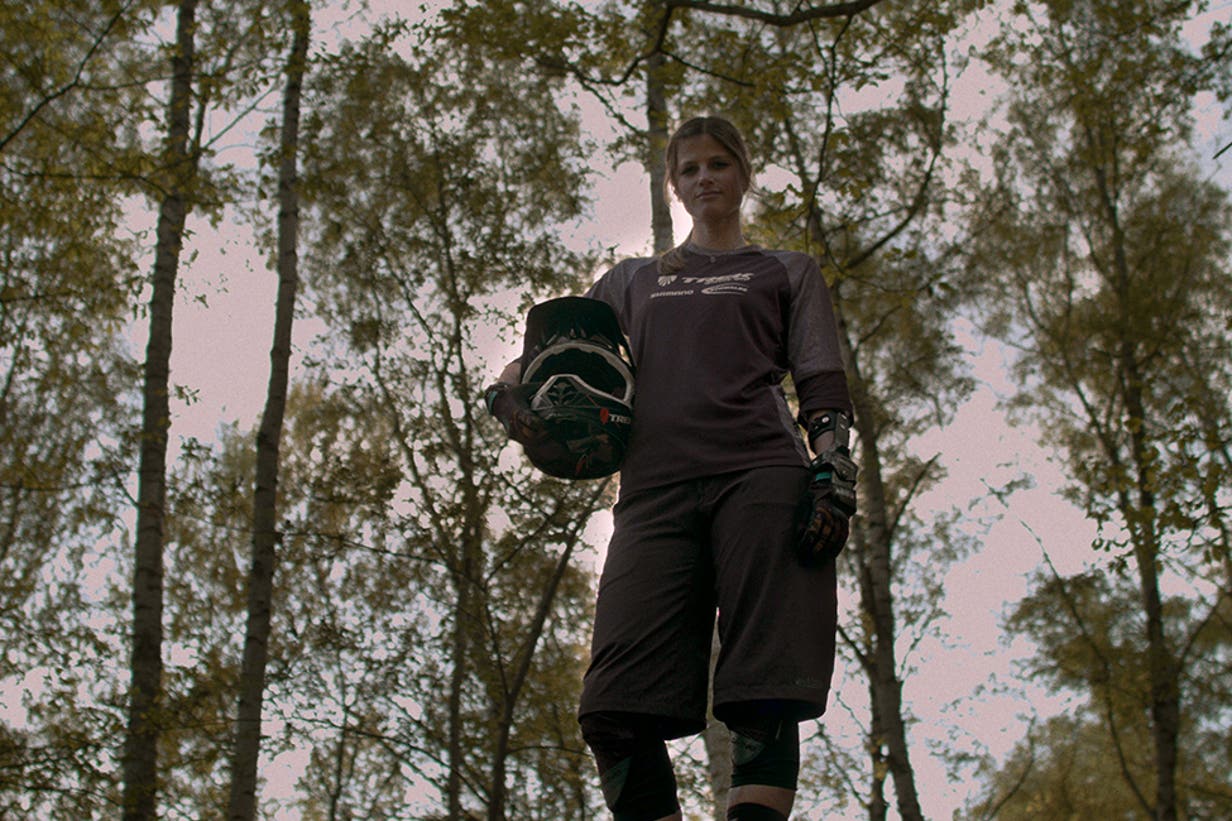 How did you get into mountain biking and competing?

“I think I was around 12 years old when they built a BMX track in my home town. As a child I was always outdoors, and so this place became my paradise. There were no people, no cars, no houses – just us kids having fun on the bikes and enjoying the speed we could pick up going over the hills. I knew immediately then that this was what I wanted to do.

It wasn’t long after I started that I began competing. I always loved competition. To be the best and work hard for something. After I won a few BMX competitions, my parents got into it too and they bought a caravan so we could travel around Germany and Europe. After that there was no stopping me! Eight to ten years into my BMXing career, I decided to give mountain biking a try and to my surprise I won the first race I ever did without any training. So, yeah that’s when I began competing in both. I raced multiple 4X World Cup seasons and then expanded into enduro, freeride and, more recently, the downhill World Cup. I am a five-time national BMX & 4x champion and winner of the bronze medal in the 4X World Champs 2014 and 2015.” 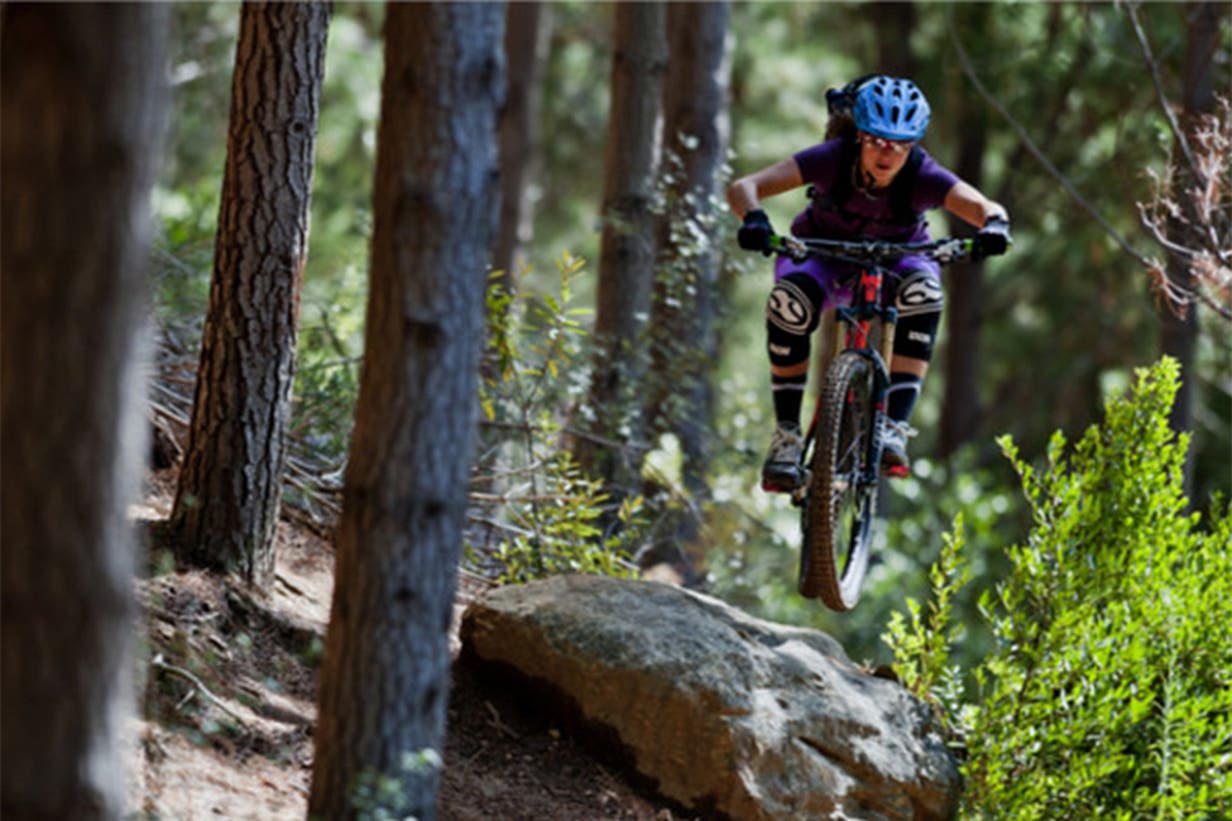 What is it that draws you to the sport?

“Mountain biking is action, speed and excitement, but in a calm surrounding. For me, it’s all about being out in the nature and feeling limitless. It’s pure freedom. I can go anywhere as fast as I want. Even riding to the top of a steep mountain is enjoyable. It’s tough, but once I reach the top my exhaustion turns into satisfaction. I know I’ve worked hard to get there and I can’t wait to race back down. It’s the best thing that ever happened to me and I feel blessed that I was able to turn my passion into what I do. But I know that a lot of it comes down to my hard work.” 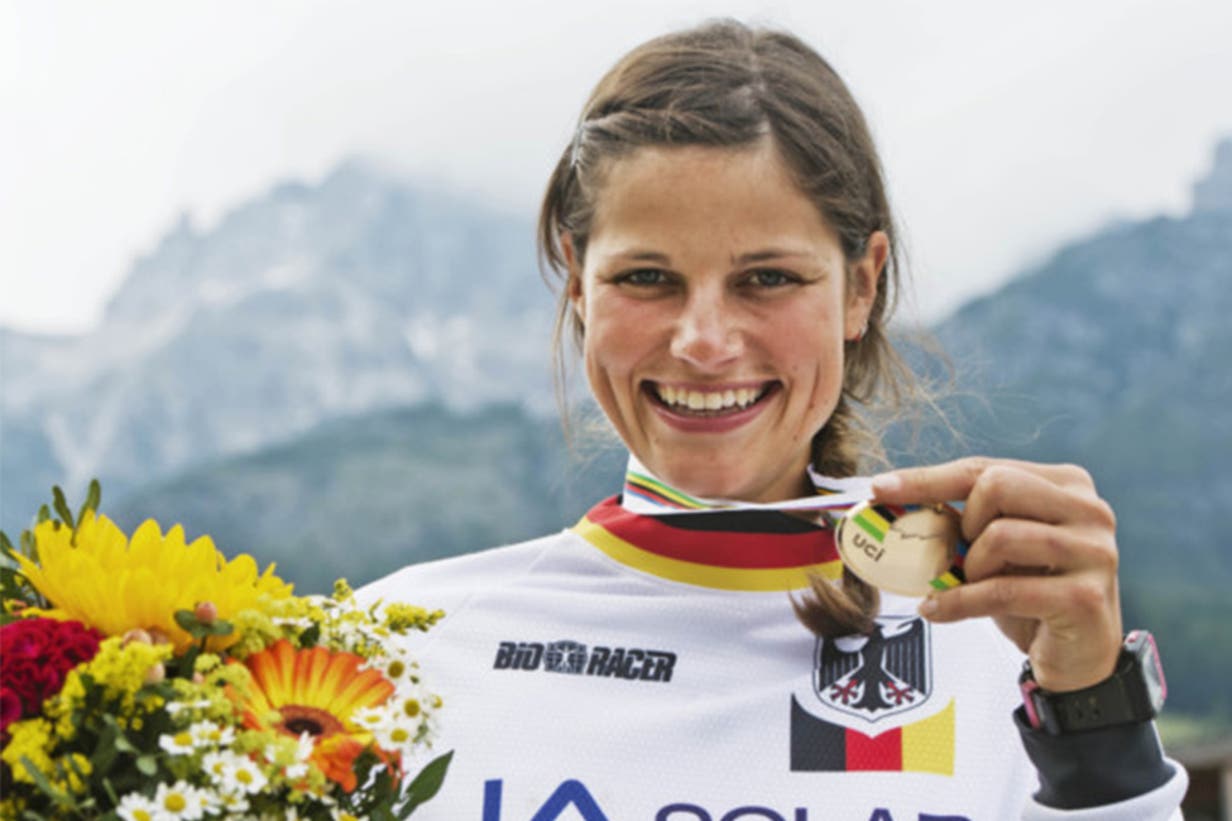 So would you say your success comes down to luck, talent or mostly hard work?

“If I’m completely honest, I’ve always doubted myself. Even after 18 years of competing in BMX and mountain biking, I never had the feeling that I was very talented in sports or that I could have any success. I believe the only reason I came so far was because of my determination and ambition.

Even though I’ve done well in the past, I would never rely on just being a good athlete. I still wake up thinking that I’m not good enough and that I can do better. Sure, when I look at my medals and trophies, I know that I’ve achieved a lot, but still it’s stressful because I know that I can do more. But as soon as I get on my bike and I’m out in the nature, I forget about all this and I’m just happy to be able to ride in that moment.”

What did you have to train extra hard at?

“BMXing is really physical – you have to have strong legs and sprint power. Unfortunately, I don’t have the amazingly fast twitch muscles that other bikers have. I always found this pretty stressful, especially at training camps. I always had the feeling that although I put in the most work, somehow, I made the least progress and struggled to keep up with the others. But that’s where Freeletics helped me.” 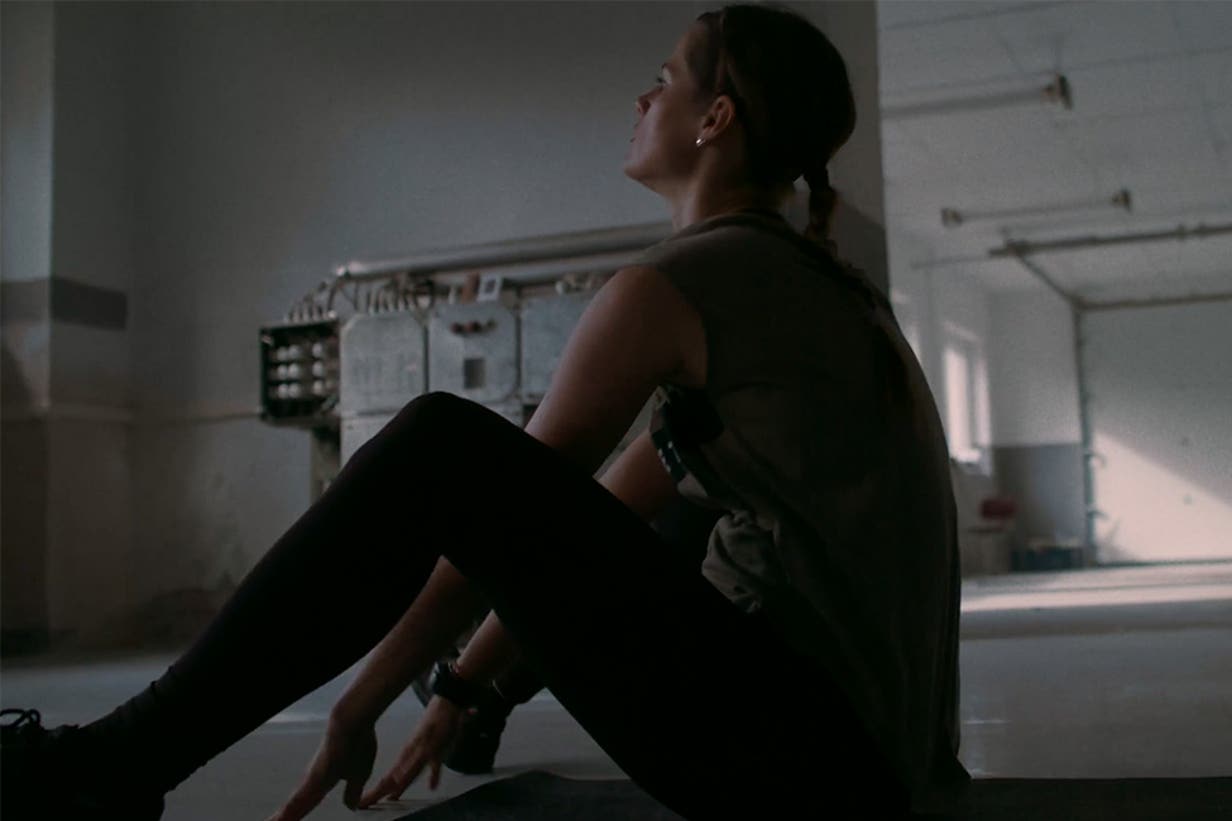 What role does Freeletics play in your mountain biking?

“With Freeletics I can work on the parts of my body that I need for biking, but can’t train through biking. It’s not enough to just sit on a bike and ride. Without effective training, not only will your performance suffer but you’ll also risk injury and experience a lot of muscle pain after.

The Freeletics exercises and workouts improve my posture which is really important for the position I need to hold on to the bike. Many don’t realize it but upper body strength is also really important. Especially when you do long downhills, you really feel it in your arms. That’s why pullups and pushups are always a part of my training plan.

But the main reason I do Freeletics is because it gives me that core strength I can’t get from going to the gym. Most people underestimate the power of a strong core. All the top athletes know how important it is, but others just jump on a bike and hope they are lucky enough to not get injured. I don’t take that chance. A strong core is in my opinion the best protection and performance booster.”

What are your limits and how do you redefine them?

“Everyone thinks athletes are the most confident people on earth. But compared to most, I’m super unconfident and often doubt myself. I think most would see this as a limit, but actually I like the feeling of being under pressure. It pushes me harder. I need the pressure to get the relief. In my opinion, you can’t feel relaxation if you don’t have the stress beforehand.

I think another limit is that I come from Plessa, in the North East of Germany where it’s extremely flat with no mountains. Sometimes I think I could have been a lot better if I lived further south of Germany close to the mountains – but I don’t let that play on my mind. Instead, we built a track which is like a replica of the tracks where I race. The way I see it is that I just have to work extra hard to keep up the bikers who woke up to mountains every morning on their doorstep. But that’s ok for me. I like the extra challenge.” 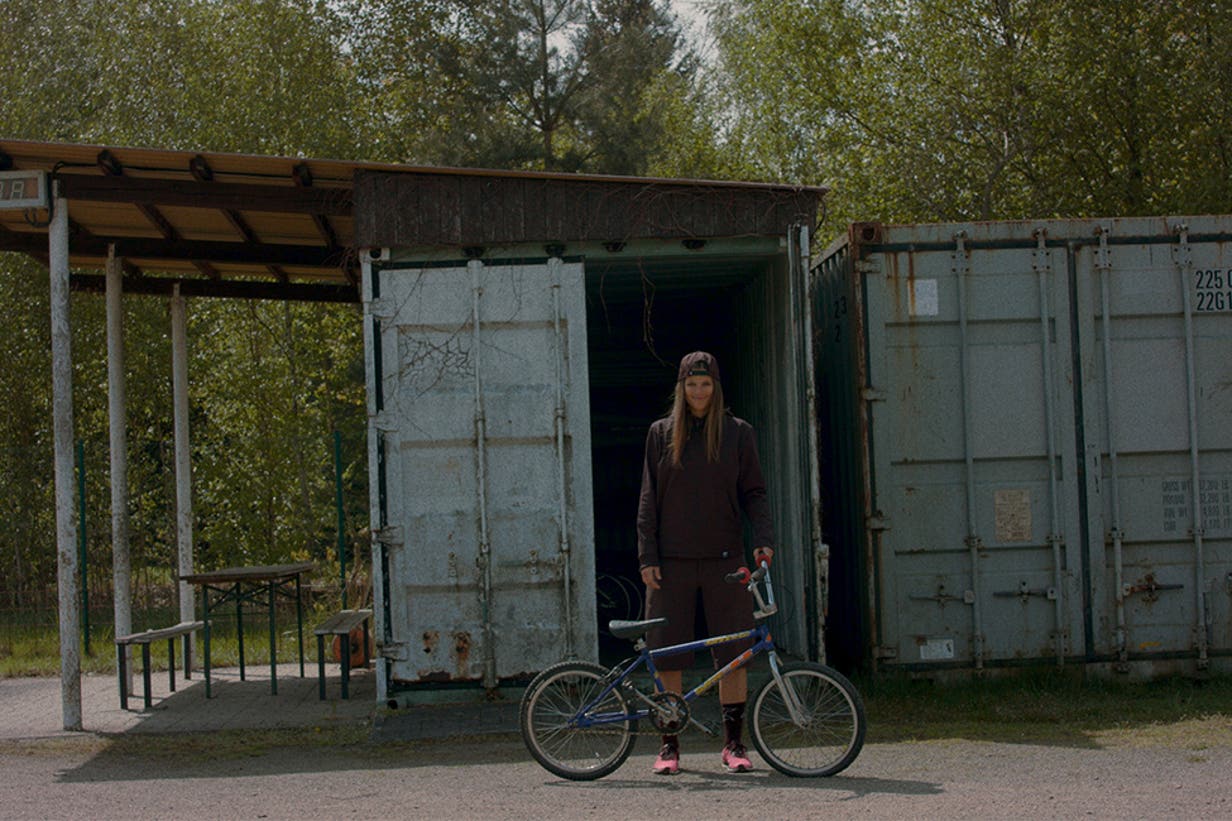 What about being a woman and competing in a male-dominated sport? Do you think this holds you back in any way?

“There’s a whole discussion going on about how women don’t want to be seen as different to the guys, but actually I see it differently. I think being a woman is what makes us special – you know, we do it anyways. And we shouldn’t try to be like the guys just because we think that’s what we need to do to make us fit in. We should still be women and stay feminine. If that means having a pink bike, then ok. It is what it is. I mean sure, sometimes you can’t get around it. You’re gonna get dirty everyday. I often have mud in my face, and I can’t have nice fingernails because they break off. I also can’t wear tons of makeup under my helmet because I sweat so much, so I guess you also have to deal with this. But I’m trying to raise the flag for women in mountain biking and make them see that it’s a cool sport for us too.” 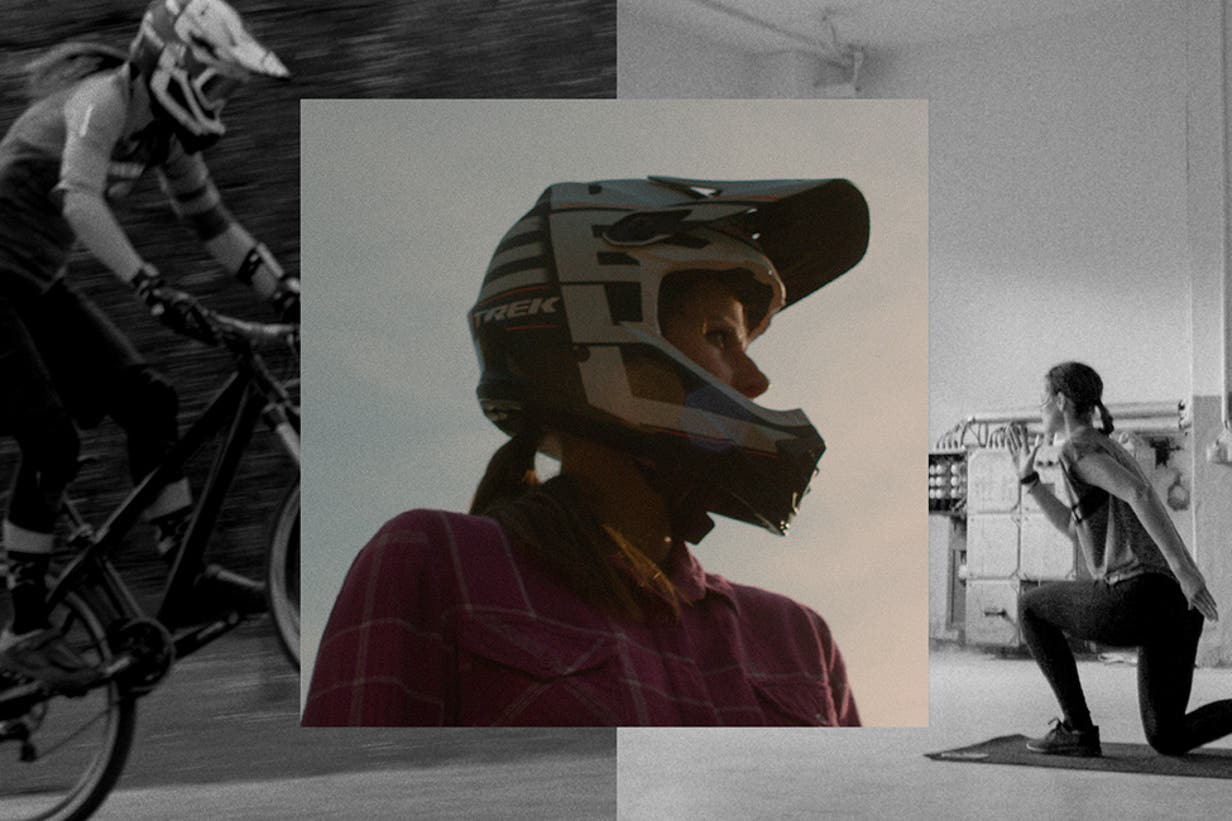