10 reasons why you should be running

Even more reason to lace up your sneakers and hit the streets.
Ellie4 years ago3 min read

We know that regular exercise has many health benefits, but what positive effects does running have on your health and wellbeing? Is there more to it than just burning lots of calories? Doesn’t running damage your joints and strain your heart? Here we have cleared up some misconceptions and collected 10 (of many) reasons why regular running is a win-win for everyone.

While running, the body is flooded with oxygen. This means that when you run often, it soon learns how to best get the oxygen into the muscles and use it. The effect? More energy and better athletic performance overall. Running also increases your flexibility over time, improving overall athleticism.

Using a run to reflect is a great way to let things go and release stress. You relax more while you switch off from your busy schedule and your creativity is boosted by the extra oxygen in your system. If that wasn’t enough, running also reduces the risk of high blood pressure over time.

Running burns calories and interval running burns even more, even after you finish running thanks to the afterburn effect. Combining interval running with bodyweight training adds another dimension to this as strengthening your muscles will help you to run more effectively, meaning that you can burn more and need less time to recover.

Simply getting out and walking regularly can help increase your quality of sleep, but running can really make a difference. With consistent running, you start to transition between the different phases of sleep more smoothly and regularly at night, improving the quality of your sleep and leaving you feeling more refreshed and energised in the morning. But note that you should avoid exercising less than four hours before you go to bed.

Running increases bone density and reduces the risk of osteoarthritis and osteoporosis. According to research, just two 15-minute running sessions a week are enough to reduce the risk of the latter by 40%. Running also strengthens your knees, contrary to popular belief. It protects cartilage by increasing the oxygen flow and reducing toxins and also helps strengthen your ligaments and tendons.

No matter how bad your day was, you will always feel better after a run. This has been scientifically proven, as running releases endorphins as well as serotonin into the body. This makes you feel happier and reduces feelings of anxiety. As a result of these hormones your brain produces, running is also a way to effectively treat depression. And who isn’t pleased with themselves when they see they beat their last PB?

People who run regularly generally have a higher life expectancy. Research shows that people who run for 30 minutes three times a week reduce their biological age by up to nine years. If that wasn’t enough, skin appears more firm with less wrinkles thanks to the increased circulation and oxygen intake through running. Regular running can also reduce the risk of age-related mental decline, keeping your brain more active for longer.

Research shows that running regularly – as little as an hour a week – can reduce the risk of heart disease by almost half. The faster you run, the harder your heart works to keep blood flowing at the speed it is needed, and so the stronger it becomes. But that’s not all. Running also improves digestion by increasing the rate at which food is metabolised by the body and provides some extra water needed to keep everything moving smoothly. And don’t forget the increase in lung capacity.

It isn’t just your body and your mind that get stronger through running. You can actually improve your immune system through training too. Running around 30km a week will have a positive effect on your defense system. Running more than 90km a week will, however, begin to have a negative effect. Very intensive sessions can leave a window shortly after training where the immune system is slightly weaker than usual, which is why it is important to eat properly after running and get enough sleep and regeneration into your training schedule.

Perhaps one of the biggest reasons people keep on running. That feeling of meeting goals and achieving more than you thought you could. Better performance, better skin, better posture, less body fat and more toned muscles. The feeling of progressing and being in control of your body and life will do absolute wonders for your confidence.

##Gear Up For Running Before you lace up, make sure you’ve got everything you need to make the most out of the miles. Here are the items Free Athletes LOVE for before, during, and after their runs: 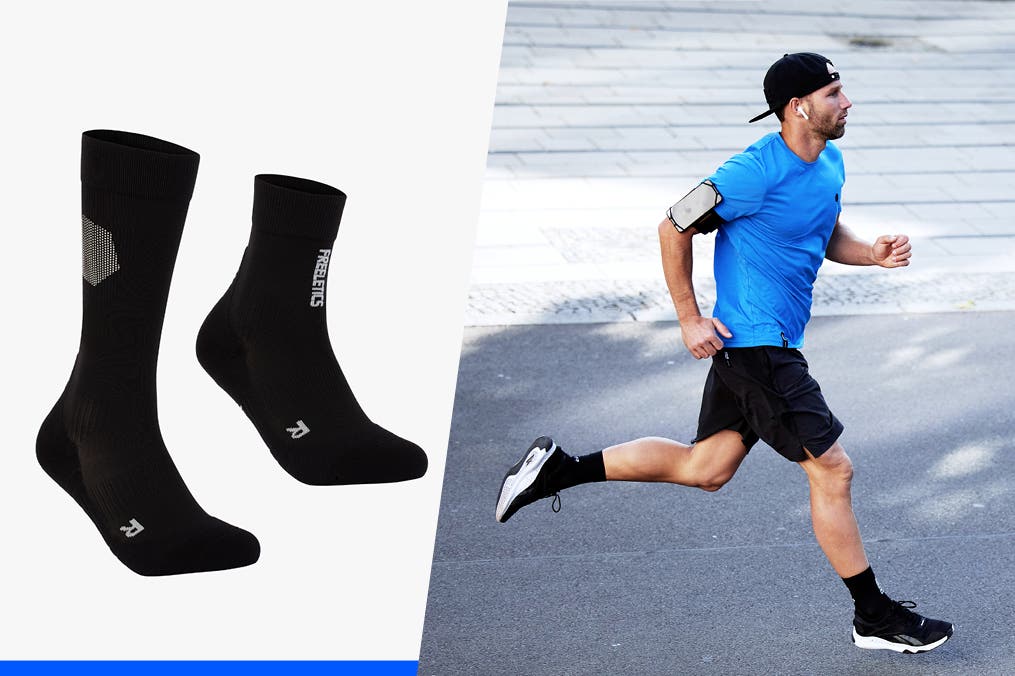 Running regularly will increase your quality of life – both physically and mentally. So there’s no excuse not to run; anyone can and should.