It’s time to clear this one up, once and for all.
Seana4 years ago3 min read

As plant-based diets become increasingly popular, it’s more important than ever that people are aware of what they’re letting themselves in for, should they choose to embark on a vegan voyage. With this in mind, our biomedical scientist and health specialist, Leanne Edermaniger, is looking at three common myths associated with veganism and plant-based diets.

According to The Vegan Society, the popularity of veganism quadrupled between 2012 and 2017. The demand for meat-free food surged by a staggering 927% in 2017. Yet, for outsiders, veganism is still surrounded by myths, so we’re challenging three common misconceptions about the plant-based way of life.

1. Veganism is about not eating meat

In some ways this comment is true, but being vegan is not just about diet, it’s a way of life, too. The philosophy of the vegan way of life is the avoidance of the exploitation of animals for all purposes such as food, clothing, beauty and cosmetic products. For many vegans, their choice is largely based on compassion.

So many products and accessories are either animal based or tested on animals – more than you might expect - and this doesn’t conform to the vegan philosophy. Products such as beauty products, or clothing such as that made from leather are avoided, as are foods such as meat, fish, shellfish, dairy, honey and eggs.

2. Vegans are unhealthy (and boring!)

Research has shown that vegetarians often have a lower risk of cardiometabolic consequences such as heart disease and diabetes. Vegan diets have also been shown to have additional benefits such as protection against obesity, cardiovascular mortality and high blood pressure. For more important things you should know before turning vegan, see our article.

On the other hand, being vegan may increase the risk of certain nutritional deficiencies due to eliminating all meat and meat products from the diet. Therefore, vegans must ensure that they regularly consume foods which contain micronutrients such as vitamins B12 and D, as well as calcium and omega-3 fatty acids. ‘All vegans eat is salad’. Sure, vegans do eat salad, but that’s not all they eat. The idea that vegans only eat green vegetables is a myth and an unhealthy one at that. Vegans also eat cheese (vegan, of course), pizza, smoothies, chocolate – in fact, most junk food now has its own vegan alternative. Plus, there are extensive meat and animal based alternative foods and products on the market. For example, aquafaba, the water from a can of chickpeas, can be used to replace egg whites meaning sweet favourites such as meringues and cakes can now be vegan too. 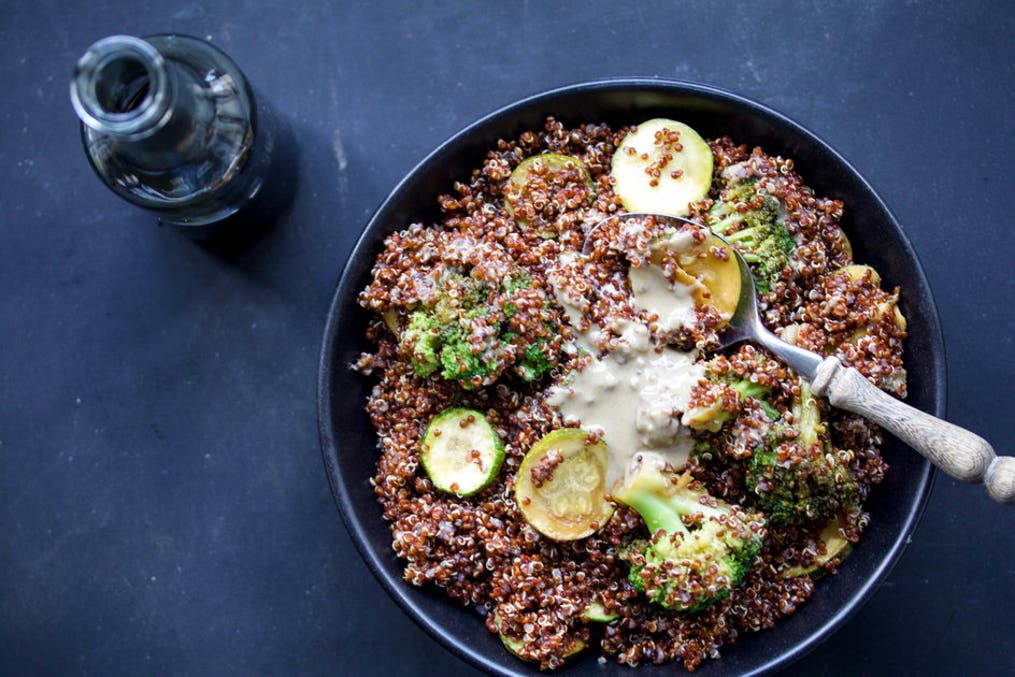 3. The ‘how do you know someone is vegan? They tell you’ stereotype, is unfair

Yes, it’s a common and long-running joke among meat eaters that a vegan will tell you immediately of their diet and/or lifestyle choice. Social situations often lead to lengthy discussions, particularly if food is involved. Picture this: arriving at a party and someone offers you a piece of cake made with dairy products and eggs, the host says, ‘go on, just one slice’. Your reply is ‘I’m sorry I can’t’ and further pressing from those around you about why you can’t leads to you mentioning you are vegan. Cue discussions about why you shouldn’t be vegan and all the myths associated with it.

Often meat eaters will interpret this as vegans trying to impose their diet on them, when in fact it is just a lifestyle choice, just the same as eating meat is. Remember, veganism is a growing ethical trend which people are choosing for lifestyle and ethical reasons and is a choice which, like all others, should be respected.

Being vegan isn’t a bland, boring or restrictive choice neither is it an expensive one. If balanced right, the vegan diet is a healthy lifestyle choice with added benefits such as a lower carbon footprint and a reduced risk of heart complications. The Freeletics Nutrition Coach has plenty more advice and guidance for those choosing to follow a vegan lifestyle, so don’t hesitate, download it today!

Leanne’s blog can be found at https://scienceled.wordpress.com