The benefits of rowing conditioning

Here, we explain the benefits of rowing conditioning and how it can help boost performance.
Seana7 years ago3 min read

Rowing is a challenging form of exercise. Anyone who has tried it, knows how hard it can be. But when performed correctly rowing is a great way of improving your aerobic and anaerobic abilities, as well as your psychological well-being.

Rowing is becoming an increasingly popular form of training, and the reason for its rise in fame is simple, it works.

Rowing is a full body exercise requiring muscular effort from the legs, glutes, lower back, upper back, shoulders, arms and core. This makes rowing a highly efficient form of exercise, because numerous muscles are working simultaneously. This allows a full body workout to be completed in a relatively short amount of time, making rowing also a very time efficient exercise. It also means that the calorie expenditure whilst rowing is very high, which is why rowing is a good way to improve body composition by reducing body fat and becoming leaner.

Intervals performed on a rowing machine are a time efficient means of training that can have numerous performance and physical function benefits for both the aerobic and anaerobic systems (Aerobic: Energy pathway requiring oxygen, used for longer duration activities such as 1000m intervals on the rower. Anaerobic: Energy pathway that does not require oxygen, used for shorter duration activities like 100m sprints on the rower).

High intensity rowing intervals are an effective and time efficient way of improving maximal aerobic capacity (VO2max) and anaerobic performance. A high VO2max enables an athlete to have a high submaximal work capacity, which leads to higher calorie expenditure. In simpler terms, by improving their VO2max an athlete will then be able to perform more work, and burn more calories. 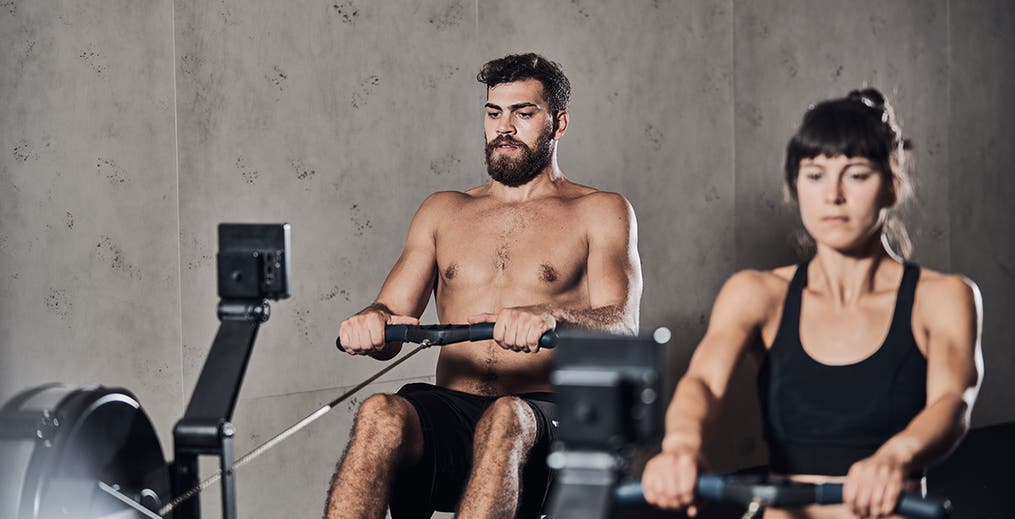 Another important adaptation that an improved aerobic energy system may offer is the ability to recover quickly in-between high intensity efforts. Anaerobic energy plays an important role in performing high intensity intermittent exercise such as performing 100m intervals on the rower, but a well-developed aerobic system may play a crucial role in-between efforts by helping to refuel anaerobic energy stores, as well as clear lactate and provide a greater aerobic response. An improved aerobic system therefore, may help to boost anaerobic performance.

Rowing is a low impact and gentle form of exercise, as there is no jarring or high impact elements. However, being low impact does not mean that it’s easy or ineffective. Quite the opposite actually. Rowing can even be more challenging than other types of machine conditioning. A study comparing rowing and cycling at similar intensities found that rowing caused a higher overall heart rate and cardiac output. Rowing can lead to other heart related outcomes, such as the muscle fibres of the heart slightly increasing in size and strength. A study that combined high intensity rowing with strength training over a ten-week period reported adaptations to the left ventricle of the heart (the chamber of the heart which pumps blood to the body) in form of increases in ventricular mass, cavity size, and wall thickness. Regular rowing conditioning may lead to positive changes to heart function and structure which can boost athletic performance. 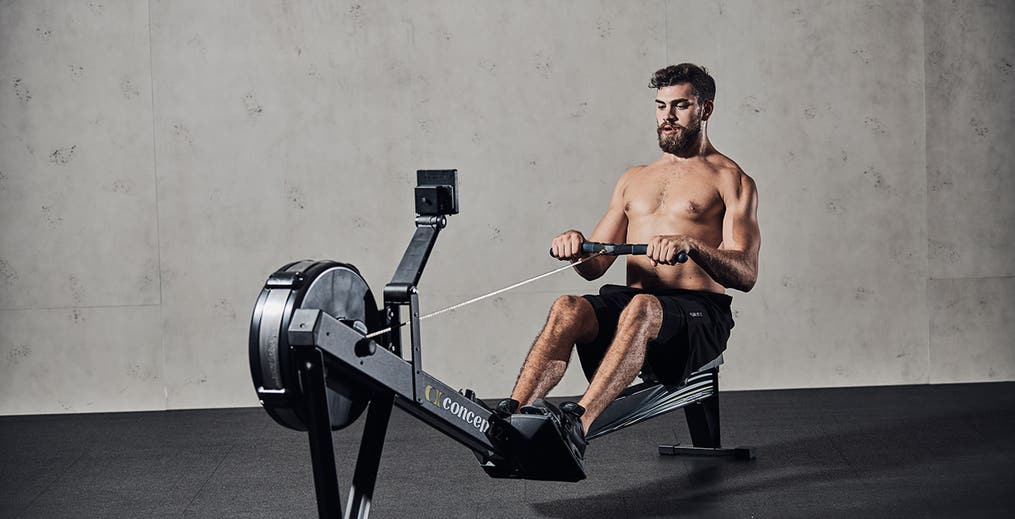 Another benefit of rowing is the release of mood enhancing hormones. Endorphins are hormones released in response to exercise. They act on the brain, triggering a cascade of benefits such as improved mood state, enhanced immune response, altered pain perception, and a diminished stress effect. Therefore, rowing can also have a positive effect on psychological well-being and not only physical fitness.

Overall, rowing conditioning is an efficient and effective full body exercise capable of improving aerobic and anaerobic performance. It’s a low impact exercise that is able to bring about improvements in body composition, whilst positively influencing psychological well-being.