Do you want to finally build muscle and lose fat? Read more about how Marian and his twin brother overcame their doubts, increased their muscle mass in just 18 weeks using the Freeletics Gym Coach and got into the best shape of their lives.
Seana7 years ago3 min read

Having a twin brother with whom you can go through thick and thin together with and who is always there for you when you need him, sounds like a dream for many. Julian and Marian were lucky enough to have this. They acted as each other’s challenge and support. Since we already shared Julian’s awesome transformation, it’s time for you to see the incredible changes Marian also achieved in just 18 weeks. Prepare to be impressed and even more inspired.

Hi, my name is Marian, I’m 26 years old and study in Berlin. Just like my twin brother, Julian, I have struggled with my weight for almost my entire life. We were always the thinnest ones in class when we were children and this never changed over the years.

I tried everything. I signed up to a gym for a long time, but nothing happened. Although I went to exercise several times a week, my weight stayed the same. After discussing this with friends, most of them said that I needed to change my dietary habits and simply raise my calorie intake. This was no sooner said than done. I ate significantly more than before and ended up gaining weight. However, after a few weeks, it turned out that the scale was not registering the muscles I had hoped for. As a result, I simply became fatter. 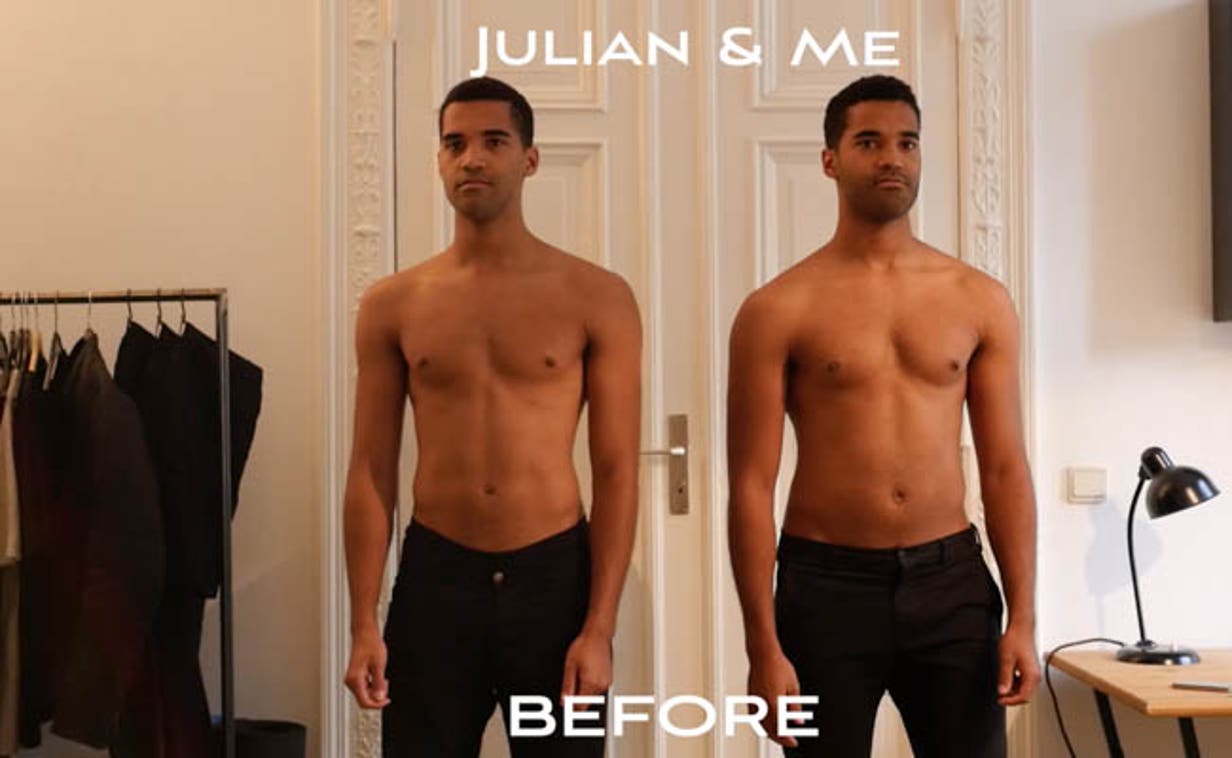 Since I preferred being thin rather than fat I became extremely disappointed. I canceled my gym subscription and returned to eating as I did before. But that definitely wasn’t going to work out either. Over the course of a year, I had invested so much time, energy and money into a pile of frustration and failure. A total letdown.

After consulting my brother Julian, as always, we decided to both have another stab at “Project Body” together. We had already tried Freeletics Bodyweight and really liked the program. So when we found out that Freeletics were looking for beta testers for a new gym app, we knew we had to give it a shot. 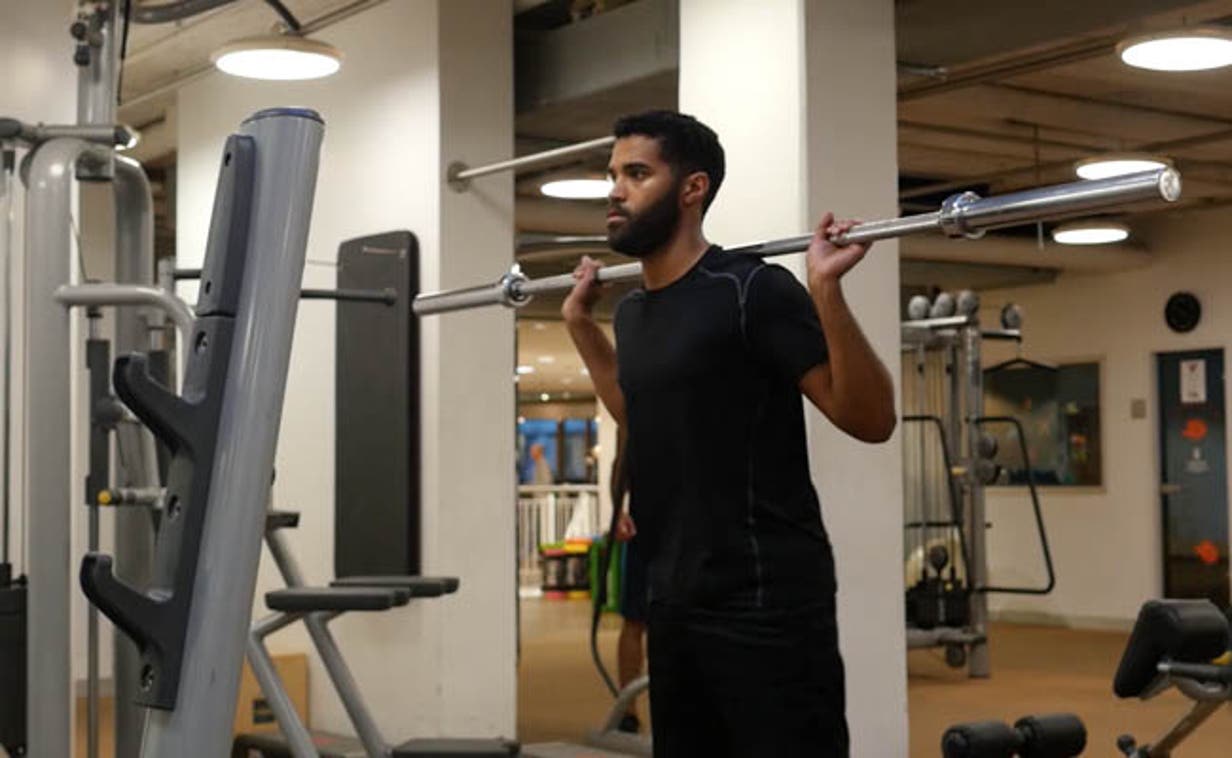 Strict, structured training and clean eating was what we were told to expect in the coming months. To be honest, I was extremely skeptical at the beginning, since I thought I had already tried this kind of training. But I soon realised that something was different this time around. I learned that exercising with barbells was not as difficult as I had thought. I learned that functional training with tough, basic exercises challenges the body in completely different ways than just sitting on a boring machine in the gym. I did supersets, increased my weight on a weekly basis, and got to spend more time than ever before with my brother. Every day, we cooked delicious dishes from the nutrition coach and together completed tough training sessions four times a week. 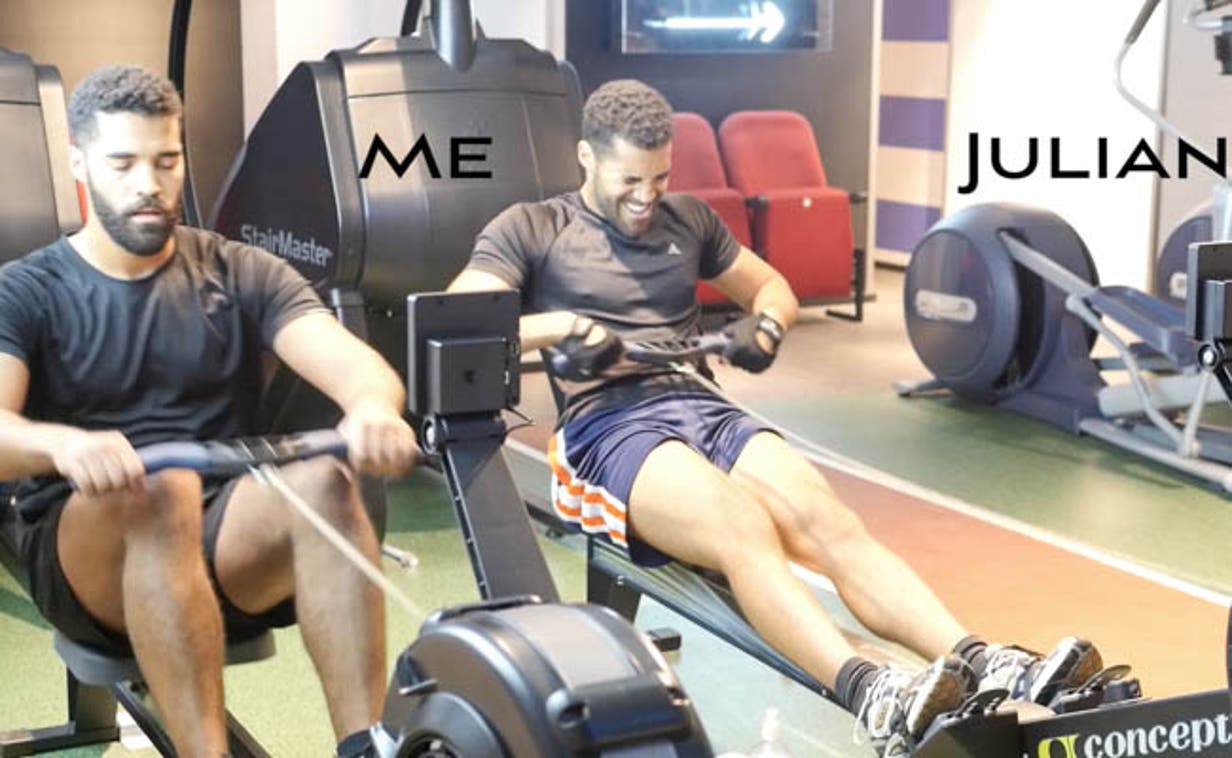 However it wasn’t even a month until I suffered my first setback: I got sick. For around 10 days I was out of the game and could barely lift my glass from the side of my bed. During this time, Julian continued exercising and became stronger and stronger. From this my ambition grew. Of course I was happy for my brother, but somehow I had always been the stronger one and enjoyed having that role. 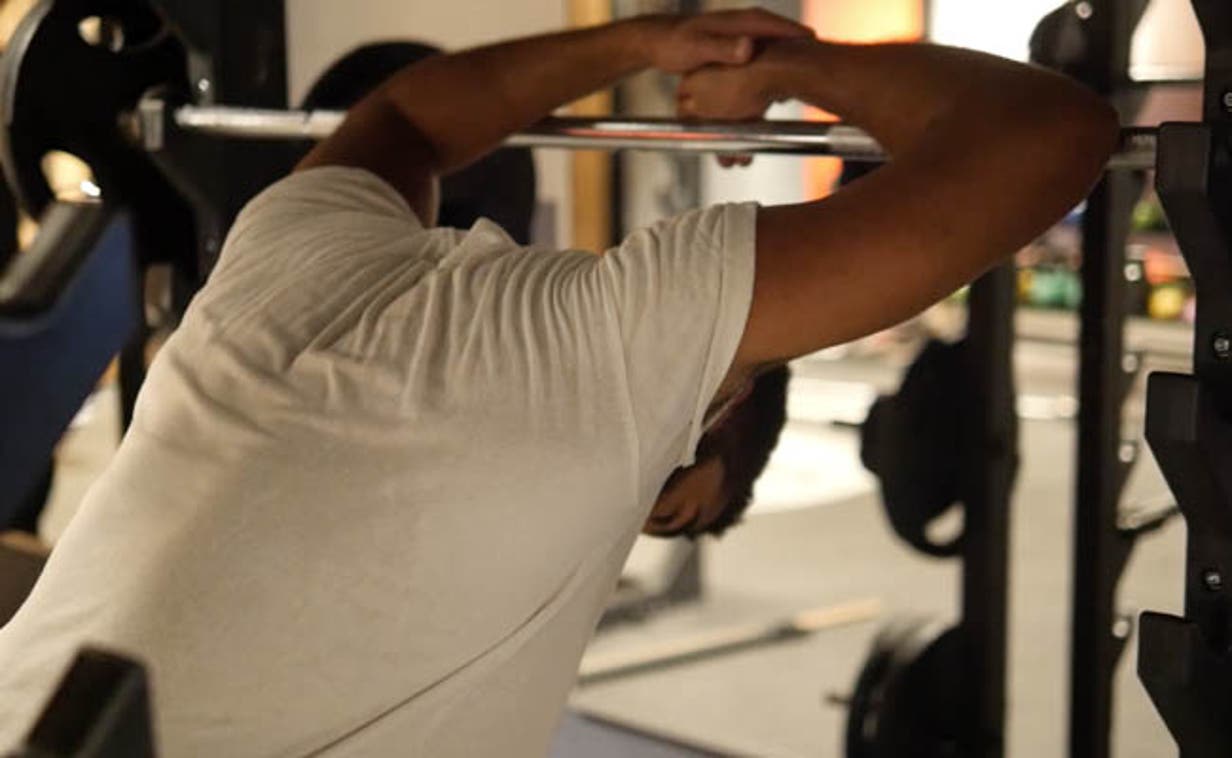 Once I finally got better, I realised how much strength I had lost during this time. The good thing was, I had Julian to motivate me. I devoted extra time to training on the weekends, ate according to the plan and completed every single training session giving it 110%. In the end it all paid off. I was slowly able to keep up with Julian again and our training sessions were a way for us to push one another. For the first time in my life, I felt like an athlete. People talked to me about my transformation and I slowly became a regular at the gym. 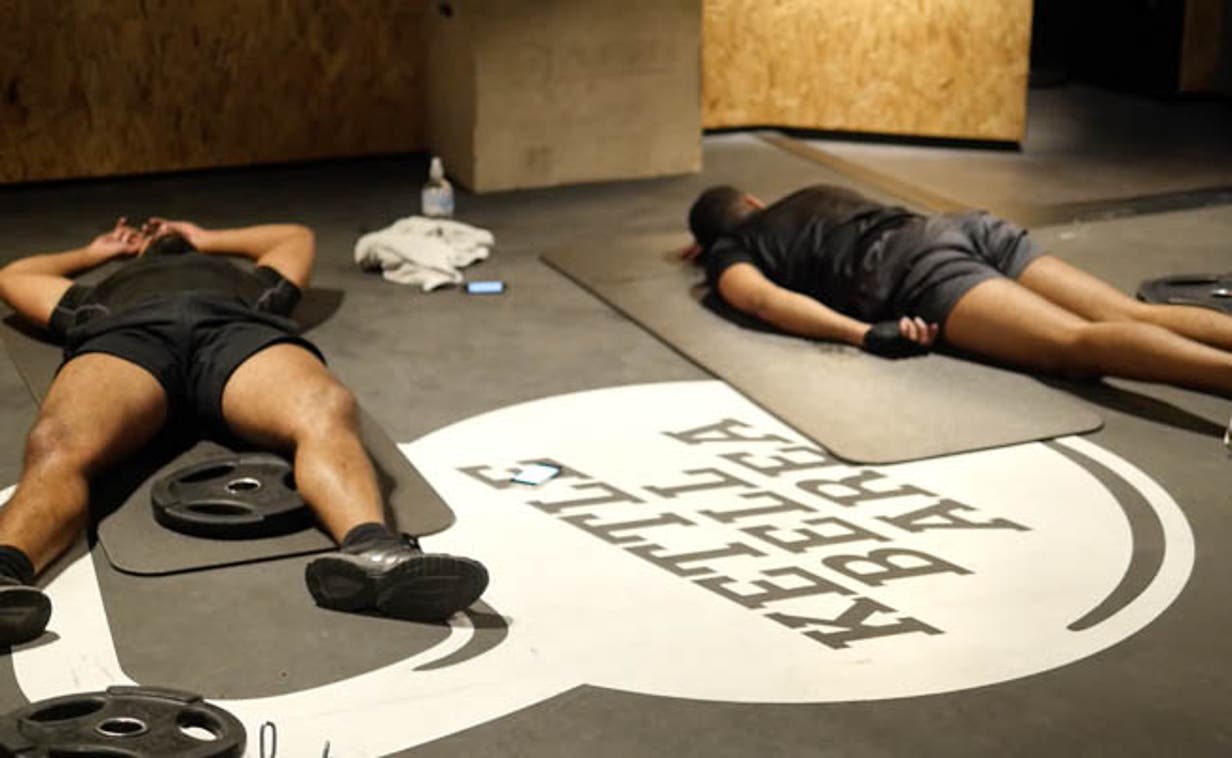 The tough training slowly became routine for me too. Shopping, cooking in advance and going to sleep early all began to come naturally. And this was the key to my success: training hard once and drinking a shake afterwards will not get you anywhere. You have to push yourself to your limits every single time, whether you’re just learning the exercise or putting an additional 5 pounds onto the bar. You have to knowingly purchase, cook and plan your day – this is what makes the difference. Whether it’s changing your body, or if you have another goal in mind that seems unattainable: it takes consistency and willpower. That, and an inspiring environment. And if you don’t have a twin brother like me, grab your best friend and get started. Together you will go further.

Look at my photos. I was skinny. I was fat. But now I’m exactly where I want to be. Healthy. I have achieved what I thought was impossible for all those years. 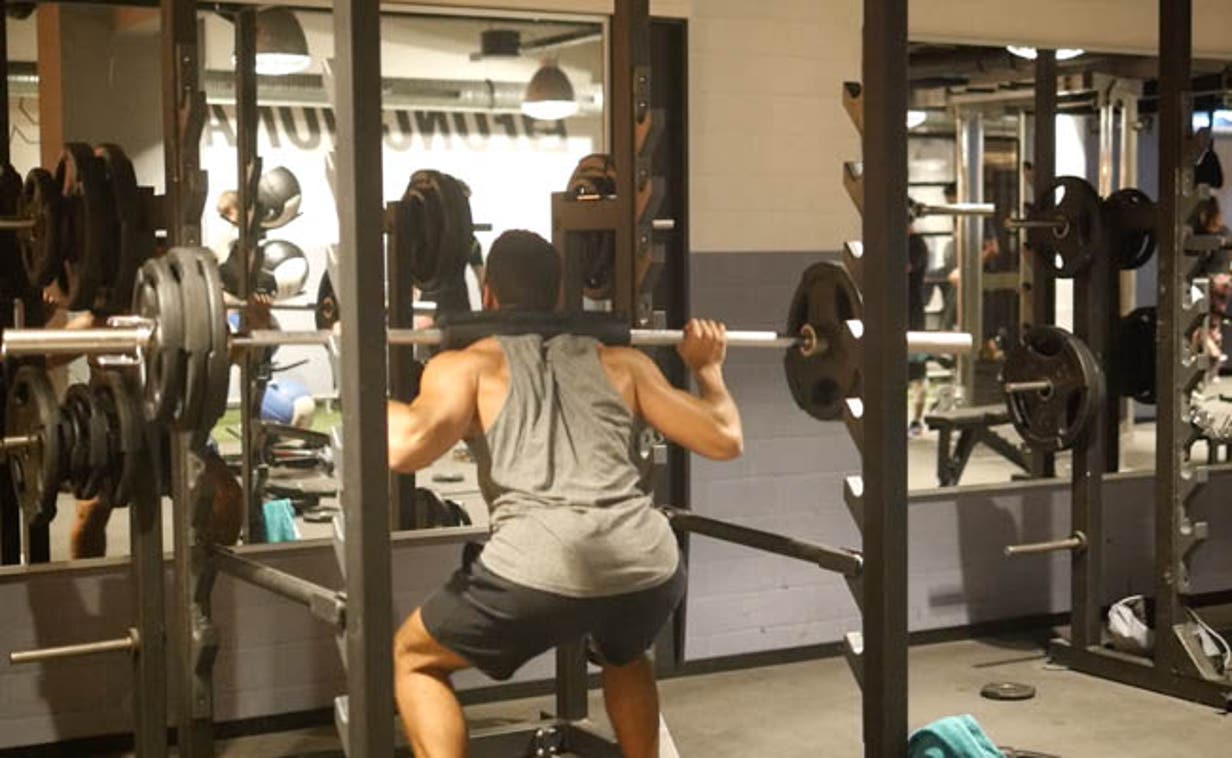