Find your freedom in Hussain’s words

Hussain Manawer joins the Freeletics movement and through his poetry, dares young people to be free.
Ellie4 years ago4 min read

Meet Hussain, an aspiring rock star poet who shot to fame in the UK when he won a competition to travel into space. But Hussain isn’t stopping there. Believe it or not, he’s got even bigger plans. Hussain is here to change the world. He’s seen the damage that social media can do and the pressure that social expectations can have on young people. That’s why together with Freeletics and through his poetry, Hussain dares the youth of today to stop suffering in silence, to fight for their freedom, speak their minds and use sports as a way to reconnect with reality and themselves.

It’s Hussain’s honesty and never-give-up mentality that has led him to become one of the most influential young people of his generation. We caught up with Hussain to find out more about his story so far.

“I never expected to represent a fitness brand, but Freeletics speaks my language. I’m not your average athlete with a six pack but I do believe that exercise plays a huge role in my life and well-being.I think it’s important that young people recognise sports as something that not just makes them physically fit, but can also give them the mental strength they need to tackle their issues.”

When Hussain entered the competition to go into space, he was delighted, but had even bigger plans.

“It was cool to win the trip to into space, but that was never actually my goal. I just wanted to reach people and make myself known. This competition was a platform for my voice to be heard and gave me the opportunity to tell my story to a lot of people in the hope it would help others who are in the same situation.”

“I come from a place called Ilford, on the outskirts of London. It’s got a bad reputation, but actually, it’s a nice neighbourhood that’s just had a lot of bad experiences – you know…crime, murder.”

But the young entrepreneur never used this as an excuse or allowed it to define the outcome of his life.

“I was determined to give my story a different ending. Although I had mental health issues of my own – anxiety, depression… - I recognised these at a young age and began dealing with them. But I noticed that the people around me were going through similar issues and not speaking about it or addressing their problems. I couldn’t sit there and do nothing. I knew that if I wanted to make a change, I would have to speak up. And that’s when I discovered the power of poetry. I’m always thinking of innovative ways to communicate these dark messages in a new and interesting way so people know it’s ok to talk about it.”

It wasn’t just poetry that changed Hussain’s outlook on life; sports and exercise also had a huge effect on his mindset.

“I started training to make myself feel better. Sport helped me realize my self-worth and value. I became more positive and my self-esteem grew. Once I started, I became hooked. I even discovered a way to combine my new found passion with my mission to help people, and in 2011 I climbed Kilimanjaro to raise money for the Pakistani flood victims. Now when people ask me what advice I would give to young people struggling with mental health issues, “exercise” is always my answer. Getting outdoors and doing sports allows us to connect with ourselves, the world and real life. And there is nothing – no sharing icon, no like, dislike or retweet – that can give us more satisfaction that than.”

Hussain didn’t always plan to be a poet. Like many others, he first went down the route he thought was the right one. After years of studying and numerous job offers that most young professionals would dream of, Hussain realized his passion, went against the expectations of others and decided to live it. 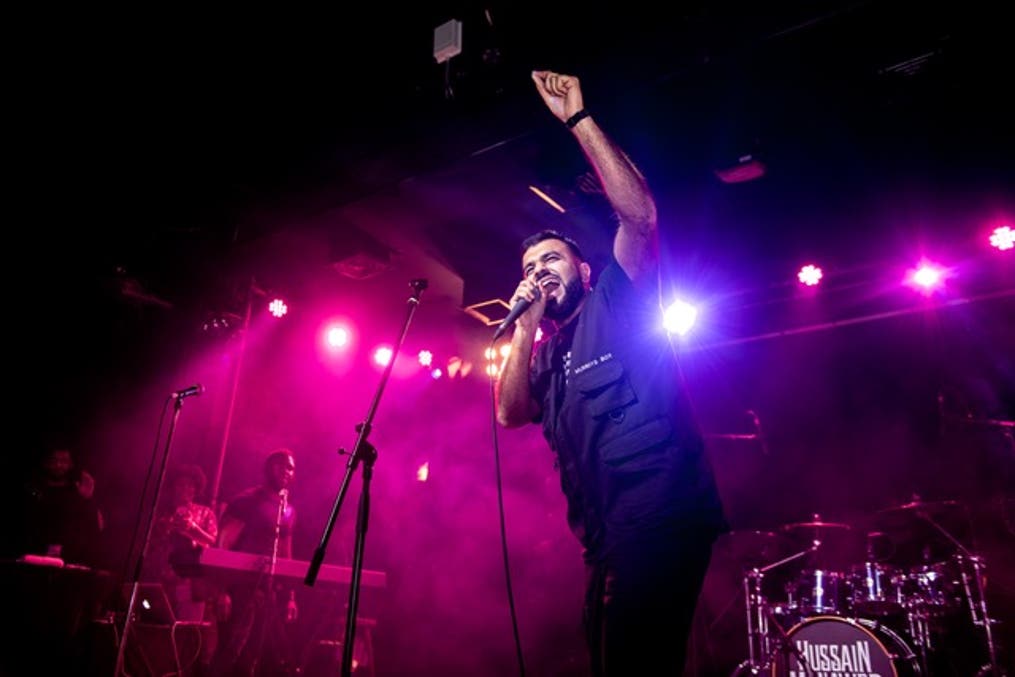 “I went to university to study marketing, but hated it. I felt it just wasn’t for me and became really depressed. After that I received a few job offers from companies such as Coca Cola and Manchester United Football Club. Although I really appreciated being given the opportunity and I knew these would be life-changing experiences, I also knew that this was not my dream. I felt as though there was someone out there who wanted this more than me and if I took it, I would be taking their spot. I think you have to be able to decide for yourself whether something is meant for you or not, or whether you’re doing something just to please someone else.

My main advice would always be to challenge yourself and to not be afraid of making mistakes – that’s what your younger years are for. Try new things and experience as much as possible. I never thought I would be a poet but now I can’t imagine my life without poetry in it. And if you’re in a dark place or feel down, reach out. You never know who will reach back – and you might be pleasantly surprised. Give yourself the chance to be happy and healthy.”

Now, after breaking Guinness World records, getting signed to a record label and even working with the likes of Ellie Goulding and Ed Sheeran, the question is…what’s next for Hussain Manawer?

“I will continue helping myself and helping others. I want to become the world's first rock star poet and keep inspiring people through words. I want to make a difference. And of course, fitness and Freeletics will play a huge role in my future. It’s helped me find my freedom, and I know it will help many others find theirs too."